From matchbooks and badges to designed clothing and lifestyle products. The development of Volvo Cars’ first simple advertising giveaways to today’s well thought-out range of merchandise tells an exciting story.
Today the vintage advertising giveaways are once again in sharp focus – as highly attractive collectibles.

Vintage advertising giveaways from car manufacturers are changing hands via websites and trade fairs the world over – sometimes at astronomical prices.
For Volvo Cars, it all began in the 1930s. That’s when the earliest known advertising giveaways made an entry. A matchbook from 1935 with a picture of a Volvo PV 36 – also known as the Carioca – in gold print is today a true rarity for a collector. At about the same time, Volvo introduced lapel badges with the company’s logo. Another rare collectible from the mid-thirties is a beautiful crystal schnapps glass with Volvo’s first logo.
These advertising giveaways were aimed primarily at dealers and importers – they were not intended as merchandise for sale to Volvo customers.

“A dealer or importer was to have something to press into the hands of a potential customer if the situation required,” says Per-Olof Jondelius, who during his more than 40 years at Volvo Cars – and even after leaving the company – researched into and traced parts of Volvo’s history.

There are a few clear trails to follow when it comes to advertising giveaways from a bygone age. What began in the 1930s was followed by more or less the same approach to the product range during the 1940s, ’50s and ’60s and some way into the 1970s.

What seems more than a touch strange today is the “smoky trail”. Many of the early decades’ advertising giveaways circled around smoking. There were matchboxes, lighters, ashtrays and even pipes! 1957 saw the introduction of matches that were true carriers of the Volvo brand – when the matchbook was opened to extract a matchstick, the inside bore a text extolling the virtues of the famed PV warranty. Knowing what we know about the effects of smoking on health, this trail might seem very odd today – but those were different times.

Another trail that began in the 1930s consisted of attractive crystal and china items from well-known Swedish makers such as glassware manufacturers Kosta and Boda and china specialists Rörstrand. This trail has been pursued to some extent to this very day.

Lapel badges form another classic category. They were followed by a modern successor when the Volvo S80 was launched in 1998. A safety pin shaped like an S80 was produced to commemorate the launch, and it has since been followed by several successors.
Another common advertising product from Volvo was the pocket-knife. Over the years it has been produced in a wide range of styles. One very special version came in the early 1970s. On one side it had a discreet Volvo logo and on the other side a depiction of the various stages in the painting of a Volvo car.

Pens, key rings, Thermos flasks, watches and caps were other common advertising products that can be found to this day. Records and discs with selected music of a suitable “Volvo” character have also been available, although they are rarer. The gift catalogue from 1962 lists a record entitled “Swedish Summer Dance” at a price of six kronor.

Model cars of various types and sizes have naturally also been a mainstay of the advertising product scene over the years. The very first one came in the mid-1940s when toy manufacturer Brio made models of the Volvo PV 444 in the 1:24 scale. One version was made of wood, another of metal. And in the early 1960s, the very first pedal-car from Volvo was introduced – a P1800 made of metal.

The model cars from yesteryear can be divided into three categories: special products such as the Volvo 760 and 780 in hand-cut crystal, toys for young children, and hand-built collectors’ models.

Some time during the 1970s, today’s more cohesive approach to advertising gifts was born – the focus would now be on lifestyle items that match the brand and its products.
“Lifestyle-linked products came at the same time as the formation of Volvo’s motorsport division, Volvo R-Sport. That is when the company released entire clothes collections,” relates Claes Rydholm, director of Volvo Cars Heritage at Volvo Cars.

Volvo R-Sport created dedicated fashion catalogues to showcase its products. In the 1980s, more clothes collections were added, spotlighting the needs of different user groups such as sailors, golfers, tennis players and skiers.
The 1980s also saw the start of a rather odd and short-lived side-trail – food. These were cartons filled with Swedish pickled herring in various flavours as well as choice chocolate gift boxes for connoisseurs. They were primarily intended as Christmas gifts.

The USA and Sweden are two of Volvo’s markets that have created their own advertising product ranges. The Swedish market produced a highly successful item that made inroads throughout the world – the pedal car. The first was modelled on the Volvo 740. At least 1000 cars had to be sold in order for the product to reach break-even. It was a huge success. When the rest of Volvo’s markets found out about the pedal car, they all joined in. More than 10,000 were sold in all. Puerto Rico was one of the more unusual markets for this unusually sized Volvo.

And history repeated itself in the early 1990s. Volvo Personbilar Sverige commissioned the design of a Volvo 850 pedal car. That too sold all over the world, with sales topping 10,000 cars.

Over the years, the USA has adopted quite a few unusual tactics. One of them was "The Stack" – seven plastic Volvo 142 model cars stacked one on top of the other to highlight the real car’s safety.

When Volvo celebrated its 50th birthday in 1977, it created an exclusive ice-bucket to commemorate the occasion. When the Volvo 850 was launched, an Asian wood carver was commissioned to produce handmade models of the car in wood. And 2005 saw the success of the cuddly little Clive Bengtsson doll, a faithful but scaled-down reproduction of Volvo’s advertising crash test dummy of the same name.

Advertising products were originally handled in-house by Volvo. During the 1990s, this process was taken over by Celero. In 2003 Brandon took over the reins– the company was called SC Communication at the time – to handle the whole process of developing new products, distributing and selling them under the Volvo Cars Merchandise label throughout most of the world.

“The strategy is to produce a global collection of lifestyle products aimed at our target groups with the aim of increasing awareness of our brand. We want to make our brand visible in everyday life, using products that convey our core values and that highlight what we represent,” says Yvonne Hall Tobiasson, head of merchandise at Volvo Cars.

“Today we also create collections to support the launch of new car models. The first collection launched under this approach appeared in 2005 when the Volvo C70 was introduced.”
The wide range of lifestyle products undergoes constant development in coordination with Global Marketing at Volvo Cars. The design department participates in the process in an important advisory role.

What originally began as simple giveaways has now evolved into an entire business area in its own right. Today’s products are unique, developed and designed specifically for Volvo Cars and to suit Volvo’s customers.

During the development phase, Brandon divides the range into three sections. The first category can be regarded as a continuation of how it all started. It includes pens, caps, key rings and so on. That is to say dedicated giveaways. Category two encompasses clothing, watches, sunglasses, model cars and so on – products that are used in everyday life, what is known as lifestyle products. They are purchased by Volvo’s customers via dealers and also directly via a webshop.

“The third category is what we term icon products. These may for instance be exclusive items or products with a unique design and function. The purpose of these icon products is to help not only carve out our image for the Volvo brand, but also reinforce that image. In this way we can reach new target groups,” says Per Hellberg, vice-president of Brandon.
In early 2009, Brandon was acquired by sports giant Puma.

“This acquisition opens up immense potential for us and means we can benefit from Puma’s competence and network within development and production of sports and lifestyle products”, says Per Hellberg.

Keywords:
Special Interests, Historical
Descriptions and facts in this press material relate to Volvo Cars' international car range. Described features might be optional. Vehicle specifications may vary from one country to another and may be altered without prior notification.
Media Contacts
Related Images
Jul 08, 2009 ID: 19801 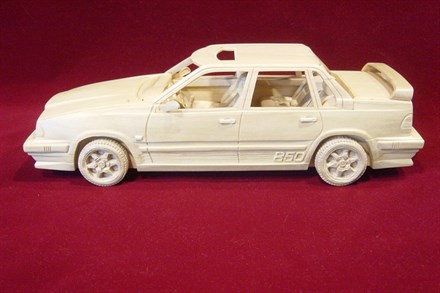 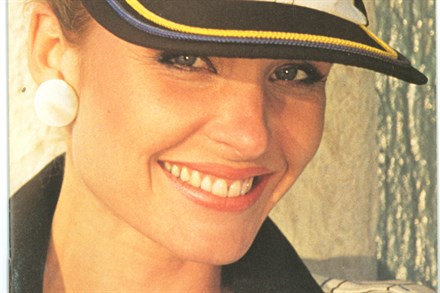