It was the "Don't mix" campaign from the Beckman College of Design in Stockholm that won the Communication for Life competition. The jury felt that the campaign dealt in a playful way with a serious subject - how to prevent young people from driving under the influence of alcohol. The winning students received their 50,000 kronor award at the Volvo Showroom in Stockholm.

"For us it was very important to support the competition. We work with the production of the safest possible cars. Our zero vision for 2020 is based on the wish that nobody should be injured or killed in a Volvo car. We regard all efforts that influence people's attitudes and behavioural patterns as important complements," says Karin Larsson, Director, Public Affairs at Volvo Car Sweden (the Swedish sales company).

"The winning entry, "Don't mix", feels innovative and has a good tone. We will try to use it and perhaps the other entries as well in the various information channels we have at our disposal," she continues.

The jury that assessed the five entries in the competition was made up of young people aged between 18 and 25, that is to say people who themselves belong to the target group. In explaining their choice of winner, the jury writes, among other things: "A campaign that thanks to its fresh ideas hammers home the concept and reminds viewers about the important message - the only thing you need to remember is ‘Don't mix!'"

"Don't mix" is based on the understanding that frightening propaganda and moralising sermons don't actually shape young people's views on driving and alcohol. Instead, the focus is on being entertaining and on inviting the target group to dialogue. The winning entry's website shows fun clips such as "mixing" different faces and winning vouchers for taxi rides, "mixed" music, tests on alcohol know-how and more.

The Communication for Life competition is a joint project between MHF (The Swedish Abstaining Motorists' Association), insurance company Salus Ansvar, CTRF (The Cancer and Traffic Injury Fund) and Volvo Car Sweden. The background to the project is the fact that every year, 125 people are killed and 1,800 are injured in Sweden by drivers under the influence of alcohol. Young drivers are clearly over-represented in this group.

Over the years, it has been seen that traditional information campaigns do not have an effect on young people. For this reason, MHF took the initiative to invite Sweden's leading design and communication colleges to participate in a competition. Each college received 50,000 SEK to carry out its project, with the winner getting an additional 50,000 SEK.

The five competing entries were shown at the Volvo Showroom in Stockholm from March 25 to April 16. Now they will tour around Sweden.

Keywords:
Life Style, Safety
Descriptions and facts in this press material relate to Volvo Cars' international car range. Described features might be optional. Vehicle specifications may vary from one country to another and may be altered without prior notification.
Media Contacts
Related Images
Apr 17, 2009 ID: 19315 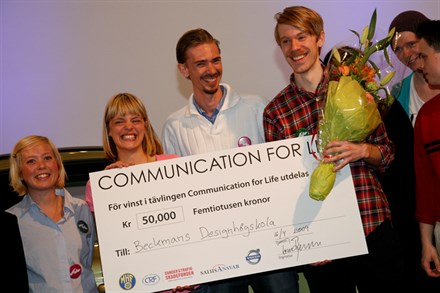 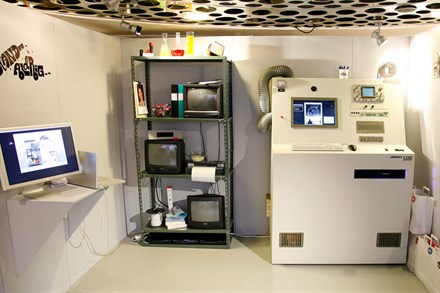