Volvo Car Corporation has today appointed Peter Horbury as new Vice President of Design. He replaces Steve Mattin, who has elected to leave the company.

Effective May 1, Peter Horbury, age 59, will assume responsibility for the division of Product Design within Volvo Cars. He will lead the next stage of the development of Volvo Cars' design language.

Horbury is currently Executive Director of Design, Ford Motor Company, responsible for the design strategy and execution of all Ford, Lincoln and Mercury products in North America. Prior to this role, Horbury was the Premier Automotive Group's (PAG) Executive Director of Design, leading the product design strategy for Aston Martin, Jaguar, Land Rover and Volvo. Horbury has more than two decades of expertise with luxury vehicles and has been ranked as one of the most renowned executives in the car industry.

From 1991 to 2002, Peter was the Design Director of Volvo Car Corporation, leading design teams in Sweden, Spain and California. He was responsible for creating and implementing the stylish new design language in all new models in the 1990s including the XC90 SUV and the award-winning concept cars like the Environmental Concept Car and Safety Concept Car.

"We are very happy to have Peter back on board here at Volvo. He will play an important role in taking our Scandinavian design language to the next level and ensure we continue to develop attractive cars for the premium market" says Stephen Odell, President and CEO of Volvo Car Corporation.

Born in Alnwick, Northumberland, UK, Horbury received his master's degree in Automotive Design from the Royal College of Art in 1974 and an undergraduate degree from Newcastle-upon-Tyne College of Art and Industrial Design in 1972. He was named Autocar's Designer of the Year in 1998. During his 35-year career, he has been involved in the design of more than 60 cars, trucks, buses and motorcycles.

"I'm extremely pleased to be back in Sweden and the great brand of Volvo. Volvo has a very strong design identity and it will be a privilege to work with the team to develop the Scandinavian design language in future products, and contribute to the turn-around of the company", says Peter Horbury.

"I would also like to wish Steve Mattin every success in his future career and thank him for his dedication to Volvo Cars", concludes Stephen Odell.

Keywords:
Corporate, Design
Descriptions and facts in this press material relate to Volvo Cars' international car range. Described features might be optional. Vehicle specifications may vary from one country to another and may be altered without prior notification.
Media Contacts
Related Images
Nov 15, 2009 ID: 31250 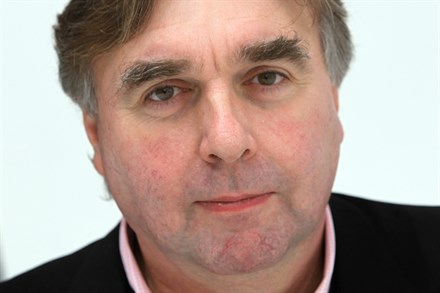 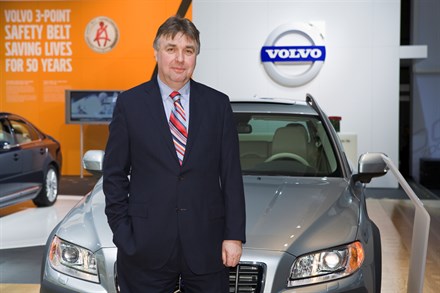