Two Volvo XC60s were also awarded to the best overall female and male BEO riders. Shaun White (USA) and Kjersti Oestgaard Buaas (NOR) are the lucky new drivers of the Volvo XC60s after their strong performances in both the slopestyle and halfpipe events. Kjersti was so happy to win the car and said, "I've never won a car before, and my car is breaking down, so I'm super stoked to win the Volvo!" Shaun followed up by saying, "I've had a great time in Switzerland. Thanks for the car, the chocolate and the champagne."

Both Kelly and Kevin were thrilled to win the BEO halfpipe titles for the second year in a row. After her winning run, Kelly said, "I knew the judges wanted to see variety, so I switched up my runs everytime. And finally at the end of the contest, I got the run I wanted and landed back-to-back 7s. So I'm super happy to win the BEO again, it's a great event, the level of riding was so high and I love being a part of the progression of women's snowboarding."

Kevin, who was trailing Shaun White throughout the competition, also pulled together his best run on his last run and was so happy with the results, "I knew I had to come out with something hot if I wanted to beat Shaun's score, and I'm really glad it worked out." said Kevin. "Laax and the BEO have been good to me, I love it here - especially after having such good luck two years in a row."

In the women's finals, Kelly Clark took the lead with her first run and held on to it throughout the entire competition, giving the judges and the crowd just what they wanted - big amplitude, smooth style and a variety of trick combinations. On her final run, Kelly could have taken it easy since it was her victory lap. Instead, she put together the most technical run of the competition, starting out with a huge frontside 720 tail grab followed by a Cab 720, frontside 540, backside 540 ending with a lofty frontside air, topping her own winning score with an impressive 94.17 points. Kjersti was also riding strong, and her second run landed her on the podium, kicking things off with a frontside inverted 720, a Cab 360 melon, frontside 540 Melon, double grab, ending with a melon to fakie. Paulina was also throwing down progressive runs, like her third place run that included a frontside 540, backside air, frontside 720, Cab 360 melon, frontside air, McTwist, finishing things off with an alley oop tailgrab.

Just like yesterday's slopestyle finals, it was the men's third runs that determined the podium line-up. Shaun White's second run took the lead and was loaded with his signature style and amplitude, including a huge stalefish, into a lofty McTwist followed by a frontside 720 Mute, a Cab 1080 tailgrab, ending with a backside alley oop rodeo 540. It was enough to hold onto the lead for the rest of the competition - that is until Kevin Pearce dropped in for the last run of the day. After a major fall at the end of his first run, Kevin went for broke during his last chance to win the contest. He started things off with an enormous Crail into an equally huge McTwist, followed by a frontside 1080 tailgrab, Cab 1080, Frontside 900, ending things with a styley frontside grab. Kevin was all smiles at the bottom of the pipe after a run that earned him the BEO halfpipe title for the second year in a row. Iouri Podladtchikov, who has competed in seven BEOs, earned a spot on the podium with a frontside 900 tailgrab, backside 900 melon, frontside 1080 tailgrab, Cab 720 mute grab, ending things with a backside alley oop 540 indy.

Competitors in today's halfpipe finals also earned valuable points towards both the $100,000 Burton Global Opens Series title and the Swatch Ticket To Ride World Tour championship title. After today's competition, Chas Guldemond (USA) and Jamie Anderson (USA) are still in the lead for the BGOS championship title and both continue to hold on to the No.1 spot in the Swatch TTR World ranking.

Tonight, the BEO birthday bash will end with a bang as The Streets perform live at the Riders' Palace in Laax, Switzerland. Thanks to all the riders for coming out to celebrate the BEO's 10th birthday with outstanding riding and exciting competitions.

In just two weeks, many of the world's top riders will meet again at the first ever Canadian Open, the fourth event in this season's Burton Global Open Series. Stay tuned for more information on the Canadian Open, taking place February 2-8 at the Calgary Olympic Development Association's (CODA) Canada Olympic Park in Calgary, Alberta.

To re-live the action from the 10th Annual BEO, tune in to Go211.com to watch event replays.

For more information on the Burton European Open, head to http://www.opensnowboarding.com/

About the Burton Global Open Series

The Burton Global Open Series events are the pinnacle snowboarding events of the season. Founded by Jake Burton, the Opens have grown from grassroots events to global spectacles attracting tens of thousands of spectators and riders from around the world. Since the beginning, the Opens have been driven by riders, for riders evolving with snowboarding and riders' needs over the years. With events held in Canada, Europe, Japan, the United States, New Zealand and Australia, the Opens set the standard for snowboarding events around the globe. For more information, visit http://www.opensnowboarding.com/.

The Burton Global Open Series is part of the SWATCH Ticket To Ride (TTR) World Snowboard Tour, the largest group of independent freestyle snowboard events in the world. TTR ranks riders based on their results at participating competitions and crowns a SWATCH TTR World Snowboard Tour Champion at the US Open. For more information, visit http://www.ttrworldtour.com/.

Go211.com is the leading community and video site for lifestyle sports created by and for action sports athletes and enthusiasts. It's the place to hang with the pros and friends to get behind-the-scenes video, blogs, photos, webcasts and podcasts from featured contributors along with other action sports fans.  Go211.com offers a broad range of exclusive content submitted directly from the athletes.

Keywords:
Volvo XC60, Events/Activities, Special Interests, Sponsorship
Descriptions and facts in this press material relate to Volvo Cars' international car range. Described features might be optional. Vehicle specifications may vary from one country to another and may be altered without prior notification.
Media Contacts
Related Images
Jan 19, 2009 ID: 18657 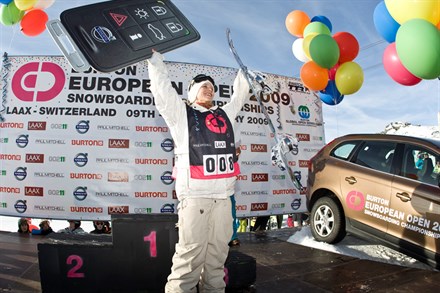 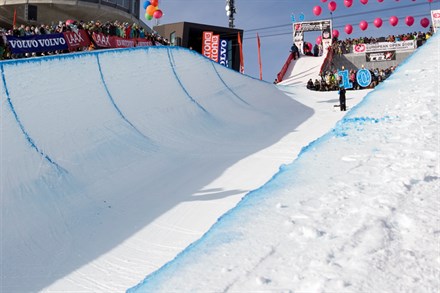 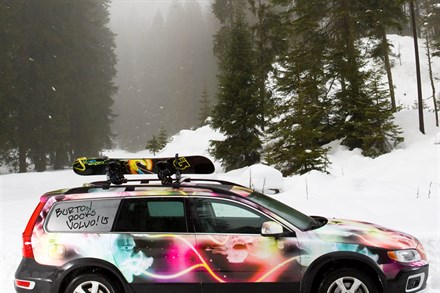 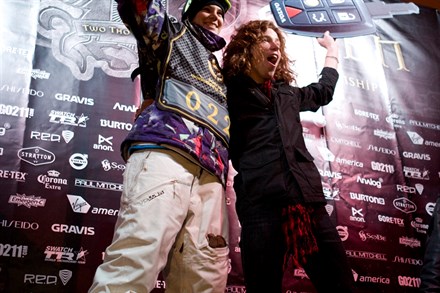