In March 2008 Volvo Cars has entered into an entirely new segment, crossover cars, with Volvo XC60, that was launched at Geneva Motor Show.

This autumn has seen the start of the Volvo Ocean Race from Alicante in Spain. Eight months, five oceans and 37,000 nautical miles later, the yachts will cross the finishing line in St Petersburg, Russia.

2007 was a tough year for Volvo Cars. Raw material costs are ricing, a weak dollar exchange rate and increased competition. And yet Volvo Cars set sales record by selling 458,323 cars, the biggest amount as to the number of sold Volvo cars ever in one year.

In March 2007 two entirely new generations of the Volvo V70 and Volvo XC70 were launched at the Geneva motor show and are thus reinforcing Volvos position as best in the world in estate cars.

In 2008 the Volvo V70 with a 2.5-litre turbocharged Flexifuel (E85) engine running on both ethanol and petrol has been launched as well as Volvo S80 Flexifuel. Three DRIVe models (C30, V50 and S40) were introduced at Paris motor show. The fuel-conumption is less than 4.5 litres/100 km and CO2 below 118 gr/km.

Another sign of the company's dedication to future sustainable engine technologies is the ReCharge Concept Car, an electric plug-in hybrid that is conveniently recharged via a standard electrical power socket.

During 2007 and 2008 has an enhanced corporate philosophy, Our Tomorrow, in which Volvo Cars has built further on and sharpened the brand values to be better equipped to meet the excisting razor-sharp competition. The basic parameter that characterises the corporate philosophy and culture is the power of we emphasised with the tagline - We design cars for a better life.

We design cars for a better life

BACKGROUND
Volvo Car Corporation (VCC) is proud of its history,  looking after one of the industry's strongest brands - Volvo. Volvo was founded in Gothenburg, Sweden, by Gustaf Larson and Assar Gabrielsson. The first car left the factory on 14 April, 1927, it was called ÖV4 (Jakob). (See History.)

The global brand tagline Volvo. for life is linked to the company's heritage. It summarises the soul of the Volvo brand and captures the essence of the mission.

OWNERSHIP
Since 1999 VCC has been 100% owned by Ford Motor Company.
The ‘Volvo' name is the property of Volvo Trademark Holding AB, which is owned jointly by Volvo Car Corporation and the company's former owner, AB Volvo.

MARKETS
Volvo Cars sales and service network covers about 100 countries, comprising some 2,400 sales outlets and service workshops around the world, including about 1,500 in Europe and 400 in North America and the rest in other countries.

Much of the network is composed of independent companies working with Volvo Car Corporation (VCC) as a business partner.

VCC has major production plants in Sweden, Belgium and China (Chongqing). There are assembly plants in Malaysia and Thailand.

The production of vital components, such as engines, and body components, is mainly based in Sweden.
Volvo Car Corporation's headquarter and other corporate functions are based in Gothenburg, Sweden. President and CEO is Stephen Odell as of 1st October 2008.

PARTS AND SERVICE
There are about 6 million Volvo car owners around the world. Service is available from more than 2,400 authorised Volvo workshops in 100 countries.

More than 100 million business transactions involving parts are carried out every year within the Volvo Cars organisation. The Volvo Parts main office in Gothenburg is in round-the-clock contact with all Volvo service facilities by computerised communication and satellites. For emergencies, the organisation in Gothenburg is open 24 hours a day.

REST OF THE WORLD
Market companies, 2,128
The number of employees in the final assembly production are; in Thailand 256 and Malaysia 274.

Production of Volvo Cars' new generation of convertibles, Volvo C70, takes place in the Uddevalla plant which is operated by Pininfarina Sverige AB - a company jointly owned by Volvo Cars (40%) and Pininfarina SpA (60%).

The Changan Ford Mazda Automobile Coproration Ltd., in Chongqing in China, produces the Volvo S40 since 2006. In 2008 there has been announced that production of a longwheel base - Volvo S80L - will be produced for the Chinese market, starting in 2009. There are assembly units in Thailand and Malaysia.

STUDENT AND RECRUITMENT SERVICES
Volvo Car Corporation offers a variety of recruitment services around the world.

Keywords:
Sales Volumes, Corporate, Manufacturing
Descriptions and facts in this press material relate to Volvo Cars' international car range. Described features might be optional. Vehicle specifications may vary from one country to another and may be altered without prior notification.
Media Contacts
Related Images
Sep 03, 2008 ID: 16830 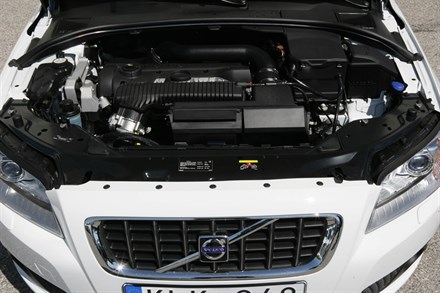 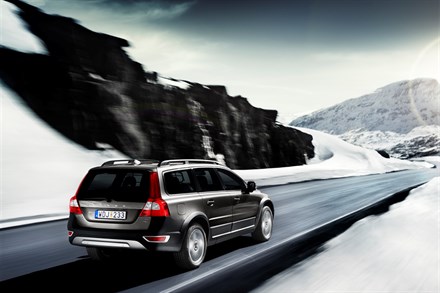