Volvo Environment Prize - Award-winning ecologist on the financial crisis: The financial markets have a lot to learn from eco-systems and crisis

Politicians and policy-makers all over the world struggle to stabilize the global financial system. But perhaps regulations and command-and-control won't do much good. Instead, governments should take a closer look at the research on resilience - the capacity of an eco-system to cope with shock and then rebuild and renew itself.

This is the message from two prominent researchers on resilience, Professor Crawford "Buzz" Holling, who receives the Volvo Environment Prize on Nov 6 in Stockholm, and Professor Johan Rockström, executive director at the Stockholm Resilience Centre, Stockholm University.

"In the financial system slow changes have been accumulating for years, such as levels of indebtedness. None on their own seemed big enough to trigger a response", says Johan Rockström.

"But then you get a trigger, such as the fall of an investment bank, and the whole system can then flip into an alternative stable state, with new rules, such as mistrust."

The analogy might seem far-fetched, but the fact is that the events on the financial markets can be compared to life in a pond.  Normally life in a pond ticks over just fine. But the wrong set of circumstances such as a minimal change of chemicals, can all of a sudden trigger an explosion of algae, which then goes on to strangle all other life in the pond. In spite of human attempts to control eco-systems - such as fishing quotas or supervision to protect crops- fish populations suddenly disappear or crops are attacked by insect outbreaks.

This is because most systems - in nature but also human and social systems - are complex and interconnected. A small change can lead to rapid changes, says Buzz Holling, a Canadian ecologist and widely regarded as the father of  resilience thinking.

"Crisis is inevitable", he says. "This is how eco-systems work".

Buzz Holling's research has received more attention during recent years and has started to influence the governance of natural systems. Creating resilience is not about avoiding crisis and rapid changes - that is simply not possible - rather about making sure that the systems contain diversity so that they can recover and rebuild after chock.

"This should be considered by the people trying to stabilize global finance" says Johan Rockström. As in any other complex system the instability can spread, and lead to a collapse of the whole financial system.

Professor Buzz Holling will come to Sweden to receive the prestigious Volvo Environment Prize, and an award of 1, 5 million Swedish Kronor, on Nov 6 (see the enclosed programme, below "additional information" in the top bar). Buzz Holling and Johan Rockström will participate in a seminar organized by the Volvo Environment Prize that day and at a seminar on crisis and resilience on the day before, Nov 5, at the Royal Academy of Sciences.

or Ellika Hermansson Török, director of communications at the Stockholm Resilience Centre,

The Stockholm Resilience Centre is doing research on resilience and sustainable development and was founded in 2007 with a grant of 100 million Swedish Kronor from MISTRA, the Foundation for Strategic Environmental Research.

Keywords:
Environment, Events/Activities, Corporate
Descriptions and facts in this press material relate to Volvo Cars' international car range. Described features might be optional. Vehicle specifications may vary from one country to another and may be altered without prior notification.
Media Contacts
Related Images
Jun 16, 2008 ID: 15769 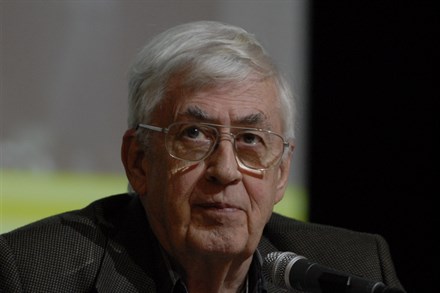