Volvo Cars’ global sales up 9.4 per cent, strong growth in all regions

Volvo Cars posted a 9.4 per cent increase in retail sales for the month of January, selling 33,761 cars globally. Sales of the all-new Volvo XC90 were the main growth driver in all regions.

China was Volvo’s biggest market in January with sales amounting to 7,228 cars in January, up 22.9 per cent versus the same month last year. This follows a strong end of 2015 during which Volvo reported more than 15 per cent increases for November and December in China. The incremental sales in January came from the new Volvo XC90 as well as the locally produced Volvo XC60 and S60L models.

The United States reported 4,243 retail sales, up 11.8 per cent versus the same month last year. Sales were boosted by strong sales of the new Volvo XC90 which was also the best-selling Volvo model in the US for the month.

Retail sales in Europe as a whole were up by 6.6 per cent to a total of 16,951 cars. Several key markets including Sweden, Belgium and Germany reported increasing sales and the Volvo XC60 was the best-selling model while the new XC90 represented most of the growth for the month. 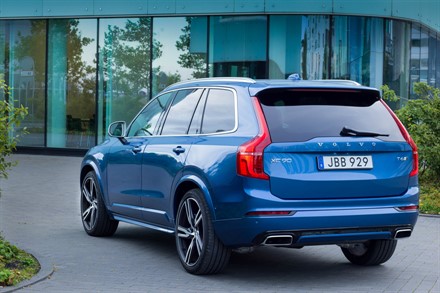