Thomas Müller, Vice President of Electrics/Electronics & Chassis has been elected as Officer to the Board of Directors at GENIVI Alliance

Thomas Müller, Vice President of Electrics/Electronics & Chassis at Volvo Car Group has been elected as Officer to the Board of Directors at GENIVI Alliance

In-vehicle Infotainment is a system that delivers entertainment and information to drivers and passengers in automobiles. IVI systems use complex software to perform many of the same features found on smartphones through in-car audio/video interfaces including those controlled by touch or by voice.

Thomas Müller said: “Volvo Car Group has already launched one of the industry’s most advanced and easy-to-use infotainment systems in the new XC90. We strongly believe that the standardization and open-source software development performed within the GENIVI Alliance can reduce the development cost and time-to-market of our future development. The automotive industry needs to catch up compared to other industries when it comes to the adaption of open-source software. It is the best way to ensure a vivid ecosystem in the infotainment area. Volvo Car Group will be a spear head in this process together with the other companies on the GENIVI board.”

Anders Lindbom, Senior Manager of Strategy & Concepts within the Infotainment area said: “Since VCC recently started a development program of a Linux-based Infotainment system that is leveraging the GENIVI software architecture, this is a perfect timing to increase our engagement. We can re-use what already has been developed, and in the true spirit of Open Source Software, we can also improve and share software to create a strong common codebase. We can also participate in the standardization of interface specifications, to make sure that there will exist strong ecosystem for software in this domain.”

Steve Crumb, Executive Director of the GENIVI Alliance said: “GENIVI is very pleased that Volvo Car Corporation has upgraded to Charter membership and has been elected to take a seat on our Board of Directors,” said Steve Crumb, executive director, GENIVI Alliance.  “Volvo has positioned themselves for maximum influence on GENIVI’s current and future programs and I’m confident the entire IVI ecosystem will benefit from their increased contribution.”

Volvo Car Group will also upgrade their membership in the Alliance to the “Charter” level which grants the company Alliance rights and privileges with no contingencies for leadership roles, plus additional Board of Directors and Officer eligibility.

Keywords:
Product News
Descriptions and facts in this press material relate to Volvo Cars' international car range. Described features might be optional. Vehicle specifications may vary from one country to another and may be altered without prior notification.
To view the full copyright information click here
Media Contacts
Related Images
Mar 01, 2012 ID: 43242 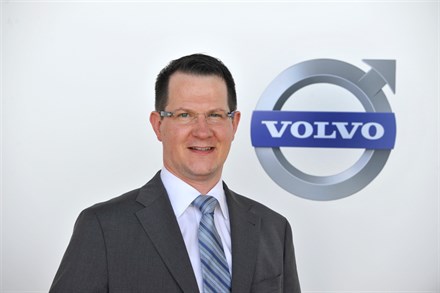