The Volvo Ocean Race Village in Alicante has opened

The Volvo Ocean Race Village in the start port of Alicante opened to the public on Friday evening 19 September with a spectacular ceremony before a crowd approaching 20,000 people.

Light, sound, hundreds of performers and the best sailing crews on the planet all came together to inaugurate the Race Village. The gates opened to the public at 19:30 and the crowd poured in as the sun set over the purpose-built Race Village ringed around the inner harbour of Alicante.

The public was given time to walk around the Village, to test the attractions, and soak up the atmosphere. Among the highlight destinations was the interactive Volvo Ocean Race Experience, comprising of the Ride, the Dome, the Pool and the Grinding Challenge.

The Ride is a simulator that gives users the sensation of what it is like to be at sea on a Volvo Open 70 in extreme conditions. The Dome is a cinematic representation of life on board during the race, whilst the Pool allows participants to show their tactical skills on scale model Volvo Ocean Race boats during an ‘in-port' race. The Grinding Challenge is a test of strength, showing just how physically demanding the boats can be.

Then, the volume was turned up as crews for the eight competing teams were paraded into the harbour aboard their race yachts to the pulsing beat of their team theme songs before each squad was ushered on stage in turn, escorted to the platform by dozens of performers.

Commenting on the Race Village, Knut Frostad, CEO of the Volvo Ocean Race, paid tribute to the efforts of the city. "We are very pleased that the start of the race will take place in such beautiful surroundings. Alicante set their goals high to stage a magnificent send-off for the race. Looking around tonight, I can only say that they've exceeded all expectations."

The evening concluded with a bang; several bangs in fact. Over 1,000 kg of fireworks were detonated to put an emphatic stamp on the opening ceremony.

The Volvo Ocean Race village will remain open to the public seven days a week through to the start of the first leg to Cape Town, on October 11th. Gates open daily at 10:00 each day and close at midnight. On concert nights the opening will be extended until 02:00.

The Volvo Ocean Race 2008-09 will be the 10th running of this ocean marathon. Starting from Alicante in Spain, on 4 October 2008 with in-port racing, it will, for the first time, take in Cochin, India, Singapore and Qingdao, China before finishing in St Petersburg, Russia for the first time in the history of the race.  Spanning some 37,000 nautical miles, stopping at 11 ports and taking nine months to complete, the Volvo Ocean Race is the world's premier yacht race for professional racing crews.

Keywords:
Facilities, Special Interests, Sponsorship
Descriptions and facts in this press material relate to Volvo Cars' international car range. Described features might be optional. Vehicle specifications may vary from one country to another and may be altered without prior notification.
Media Contacts
Related Images
Sep 23, 2008 ID: 17099 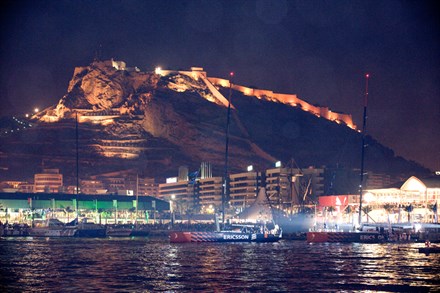 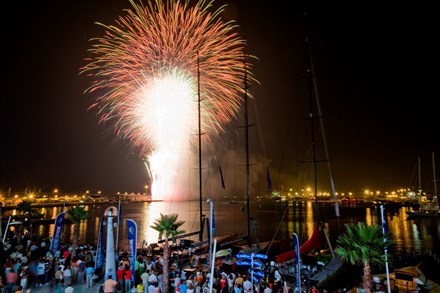