Portsmouth (England) -  11 September  2008 - It was confirmed today that the Dutch yacht Team Delta Lloyd will be the eighth entry in the Volvo Ocean Race, which starts in Alicante, Spain on 4 October. The team will be sailing the winning boat from the 2005-06 event and will sail under the Dutch flag with sail number NED -1.

The international crew will be skippered by Ireland's Ger O'Rourke, and the team will be made up from a mix of Dutch sailors and Ger O'Rourke's current Chieftain Racing Team, which won the Fastnet Race.

The first generation Volvo Open 70, designed by Argentinean Juan Kouyoumdjian has been completely rebuilt and re-fitted during the last few months to bring it in line with the demands of this year's event.

On leg eight of the Volvo Ocean Race, between Galway and Goteborg-Marstrand, the race course will include a rounding mark outside Rotterdam which will be bring the fleet into Dutch waters, giving the spectators from the Netherlands an opportunity to see something of the fleet as it passes by.

"I am very excited that we have an eighth entry in the Volvo Ocean Race, and I am particularly pleased that the latest entry is Dutch.  The Netherlands has played a big part in this event since the first race in 1973 and we are very pleased that we continue to attract entries from this country," said Volvo Ocean Race Chief Executive, Knut Frostad.

Frostad also added that he has long been a fan of boats being capable of doing more than one race.  "The spirit of this campaign is one that I admire.  The team has a good boat, the winning boat from the 2005-06 race, and I am looking forward to watching their performance throughout the duration of the event," he said.

Team Delta Lloyd is currently at sea finishing its 2,000 nautical mile qualifier and should arrive in Alicante to join the rest of the fleet at the weekend. The full race crew will be announced once the boat has arrived in Alicante and the team has gone through its full survival training course. Start Port festivities in Alicante begin next week along with official scrutineering and measuring of the eight entries.

The Volvo Ocean Race 2008-09 will be the 10th running of this ocean marathon.  Starting from Alicante in Spain, on 4 October 2008 with in-port racing, it will, for the first time, take in Cochin, India, Singapore and Qingdao, China before finishing in St Petersburg, Russia for the first time in the history of the race.  Spanning some 37,000 nautical miles, stopping at 11 ports and taking nine months to complete, the Volvo Ocean Race is the world's premier yacht race for professional racing crews.

Full press information can be read and downloaded from:
http://press.volvooceanrace.org/

Keywords:
Events/Activities, Special Interests, Corporate, Sponsorship
Descriptions and facts in this press material relate to Volvo Cars' international car range. Described features might be optional. Vehicle specifications may vary from one country to another and may be altered without prior notification.
Media Contacts
Related Images
Sep 11, 2008 ID: 16926 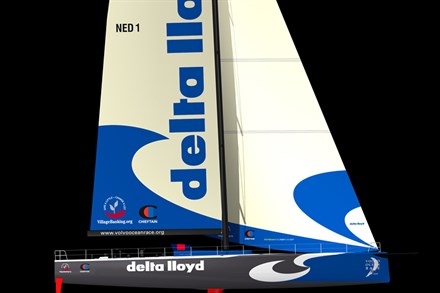