There has been positive development on Volvo Cars' website, directed towards customers. The independent web research company Bytelevel has placed Volvo Car Corporation's website in an honourable fourth place. This is a higher ranking than companies such as Microsoft, Nokia, HP and others. In the most recent survey, Bytelevel has tested 225 global corporate websites.

At mid-year, Volvo Cars will launch an additional seven local websites in South and Central America.

"We have succeeded thanks to the fact that we got an early start on the Internet," says David Holecek, head of Global Interactive Marketing. "We also got an early start with a publishing tool and the local markets supported us and took part in building up the site."

At mid-year, Volvo Cars will be represented on the web with 90 sites in 70 countries and in 36 languages. Seven new local websites will be launched. These are; Peru, Paraguay, Puerto Rico, Colombia, Uruguay, Ecuador and the Dominical Republic.

Two new regional websites will also be launched, in Central America and the Caribbean. At the same time, there will also be an Arabic version of the regional customer site in the Middle East.

Volvo Cars' website has developed steadily. In 2006, the site was in eighth place, last year it was ranked seventh and this year, it became number four in ByteLevel's survey.

ByteLevel also points out that Volvo Cars' website is the one that has undergone the greatest improvement in recent years of all of the companies tested.

The trend shows that the company utilises a common and globally developed design that is based on templates. Navigation is standardised and global, while the content is adapted locally.

"When we launch the next generation of www.volvocars.com  in 2009, we want the visitors to be able to interact more with the site, for example by grading products and subscribing to news articles," says David Holecek. "There will also be additional services focusing specifically on Volvo owners."

Go to http://www.volvocars.com/ for additional information. The website has approximately 140,000 visitors a day, which amounts to more than 50 million a year.

Keywords:
Facilities, Corporate
Descriptions and facts in this press material relate to Volvo Cars' international car range. Described features might be optional. Vehicle specifications may vary from one country to another and may be altered without prior notification.
Media Contacts
Related Images
Jun 17, 2008 ID: 15737 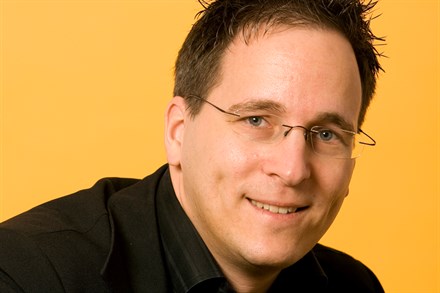 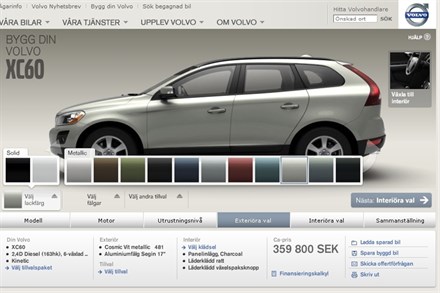