The pace and depth of Volvo Cars’ global transformation was underlined today after the company reported record sales in 2014 and forecast sales will continue to expand in all global markets in 2015. The Swedish company said sales increased 8.9 per cent in 2014 to a new record of 465,866 cars sold. December also marked the 18th month of consecutive sales increases, driven primarily by strong performances in China and Western Europe and highlighting the consistent sales improvement for Volvo Cars.

“It has been a good year. Record sales underline how broad-based our performance has been in 2014. Moreover, we are profitable and we intend to stay profitable. This is crucial as it means our growth is sustainable,” said Håkan Samuelsson, president and chief executive. “We also expect this growth to continue next year in all markets.”

The top three European markets – Sweden, UK and Germany – were also the key growth drivers in Europe during 2014. Sweden grew 17.4 per cent on strong demand for the Volvo XC60 and XC70 crossover models, while the UK and Germany were up 25.5 and 18.3 per cent respectively, driven by the Volvo V40 hatchback and the XC60. Western Europe as a whole, including Sweden, grew 11.4 per cent. Volvo’s highly competitive new Drive-E powertrains with best in class performance and fuel economy are important factors behind the continued European success.

Volvo Cars continued to grow significantly faster than the overall car market in China in 2014. Total retail sales grew by 32.8 percent to 81,221 cars (more than double the growth of the market) which is a new all-time high sales result and established China as the number one market for Volvo worldwide. The establishment of three new manufacturing plants, a growing dealership network and continuous expansion of the product offer are the underlying factors for the continued momentum for Volvo Cars on the Chinese market. The best-selling model was the Volvo XC60 followed by the S60L sedan and the V40.

During 2014, Volvo Cars launched a revival plan for the US market to strengthen its presence and regain market share. A new leadership team was put in place as well as a new marketing strategy which will increase brand awareness and tailor Volvo Cars’ product offer to the individual needs across the country. Total retail sales amounted to 56,371 cars, with the best-selling models the Volvo S60 and the XC60.

“In 2014 we have seen real consistency in our sales growth,” said Alain Visser, Senior Vice President Marketing, Sales and Customer Service at Volvo Cars. “this gives us tremendous confidence for 2015 when we will have the benefit of our new car launches  and this sales growth is set to continue in 2015 and beyond  as we set about replacing our entire model range in the next five years.” 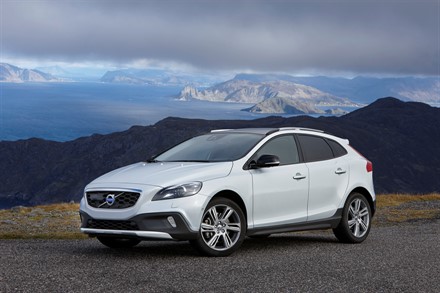