Volvo Cars today announces a brand new global marketing strategy that allows it to market and sell cars in ways never before seen in the global automotive industry.

“The car industry is one of the most conservative, least evolutionary marketing clusters in global business,” said Alain Visser, Senior Vice President Marketing, Sales and Customer Service at Volvo Cars. “For decades, car marketing has been following a certain pattern which is followed by the entire car industry. Now, Volvo Cars chooses to defy that logic and implement a strategy that is geared towards its own needs.”

One significant development contained in the new marketing strategy is that Volvo will in future concentrate on three key international motor shows, one each in Europe, the US and Asia. In addition, it will conduct an annual Volvo event to showcase its products and brand. It will also place online sales and marketing at the centre of its marketing strategy and drastically upgrade its dealerships and service offering.

In order to achieve these goals, Volvo is increasing its marketing budget.

The details of the new strategy are as follows:

The Volvo Way to Market entails a radically new approach towards the tools used to market Volvo cars to the general public.

Volvo Cars sees the need to expose the press and customers to its brand, products and innovations, but motor shows are not always the best way to do this. “Motor shows are a rather traditional affair in which brands crowd out each other at set times in the battle for press exposure,” said Mr Visser.

That is why Volvo Cars will gradually reduce its motor show activities and remain in one motor show per region per year: Geneva in Europe, Shanghai/Beijing in China and Detroit in the United States.

Instead of following the traditional motor show calendar, Volvo Cars will embark on a series of new initiatives that seek to have a stronger and more individual approach towards the press and customers.

Similar to the Stockholm launch event for the all-new Volvo XC90 in August of this year, the company will organise an annual Volvo event where the Volvo brand, new products and innovations are presented in a manner that is commensurate with its brand and identity.

Volvo Cars’ advertising spend will not be at the level of its larger competitors. That means the Volvo Cars message needs to stand out and the company will need to be selective in terms of media channels. Volvo Cars plans to significantly increase its investments in its brand message.

Every brand in the industry is involved in some form of sponsoring activity, mostly because it is regarded as a ‘must have’ within the marketing mix. Volvo Cars questions that logic and has decided to wind down most of its sponsoring activities.

Instead, Volvo Cars will increase its commitment and investment in the Volvo Ocean Race. Rather than just another sponsoring activity, it sees the Volvo Ocean Race as purely Volvo. It is the most competitive, fair and pure blend of people with nature.

The biggest revolution currently underway in the car industry is not happening in the headquarters of manufacturers themselves, but in peoples’ living rooms.

The vast majority of customers around the globe shops online nowadays. Rather than going from dealership to dealership, car buyers now go from website to website.

As a result, the first leg of the Volvo Way to Market focuses on digital leadership and identifies three key elements:

Volvo Cars will start to sell online gradually across the globe. But rather than a replacement of our dealership network, online sales will complement our dealerships. Volvo Cars has worked closely with its dealer network in developing the tool in order to retain the personal touch that is so important in buying, delivering and servicing cars.

A first, successful step in digital commerce was taken with the online-only sale of 1,927 Special Editions Volvo XC90 cars in September, and this success further boosts the company’s commitment to growing its digital commerce activities.

Instead of the existing ‘build up your car from scratch’ concept that is ubiquitous in the car industry, Volvo Cars will offer customers a simple and functional experience that starts with what it calls ‘the designers choice’: a fully-specified car which the consumer can then adjust based on personal taste and budget.

Once the choice has been made, the consumer receives a short video which shows the car of choice in motion. This will result in a simple, cool, fun and premium experience.

The new Volvo Cars website is no longer simply a source of information. It is a brand experience in which every screen and every single piece of information is laid out in a Volvo way and in line with the Volvo brand and values.

Several car brands invest in so-called brand centers, located in major cities. Volvo Cars believes that each Volvo dealer is a brand center on its own. That is why the company has started to implement the following initiatives:

This programme obviously requires an extensive training and development programme, which is already underway. A number of countries have already adopted the Personal Service Technician concept as a pilot programme and customer satisfaction in these markets has increased significantly. By 2018 all Volvo dealerships around the globe will be offering this service as standard.

Keywords:
Corporate
Descriptions and facts in this press material relate to Volvo Cars' international car range. Described features might be optional. Vehicle specifications may vary from one country to another and may be altered without prior notification.
To view the full copyright information click here
Media Contacts
Related Images
Aug 27, 2014 ID: 149816 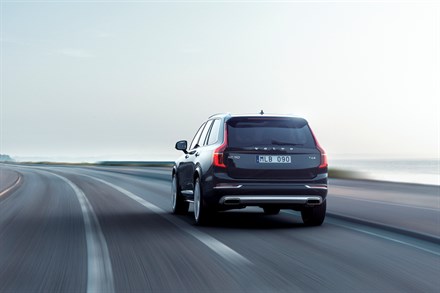