The standard safety package in the all-new Volvo XC90 includes a world-first run-off road protection package. Addressing these common and complex situations will take Volvo Cars another step closer to its vision that no one will be killed or seriously injured in a new Volvo car by 2020.

Run-off road is a common accident type with different causes, such as driver inattentiveness, fatigue or poor weather conditions. For example, half of all traffic fatalities in the United States are road departure crashes, while in Sweden, single-vehicle accidents involve one-third of all fatal and severe injury crashes with passenger cars.

Not covered by any rating programme

There are not yet any regulatory or rating tests to examine a car’s ability to handle run-off road crashes. “Committing to safety is not about passing a test or getting a ranking,” says Lotta Jakobsson. “It is about finding out how and why crashes and injuries occur and then developing the technology to prevent them. To reach our Vision 2020, we have to cover all accident types that occur in real-life traffic.”

Injury trends in car accidents have changed over the years. A continuous development of car structure and implementation of different specialized safety systems have resulted in significant improvements in car safety over the past few decades. The risk of being seriously injured or killed in a new Volvo has been reduced by more than two-thirds compared with cars designed in the 1970s.

However, in contrast to this significant overall injury risk reduction, the frequency of thoracic and lumbar spine injuries has not been reduced to the same extent – and these injuries are overrepresented in run-off road scenarios, multiple impacts and multiple events.

“Studying our own extensive accident data, we discovered that the occupant’s posture during the load transfer through the spine is an important factor. In several of the cases, great occupant flexion was seen as an influencing factor. Anterior wedge fractures, resulting from a combination of axial load and flexion, are the most common spine injury in run-off road events together with compression fractures,” says Lotta Jakobsson.

• Using input from the car’s advanced sensor system, the technology is able to detect a run-off road scenario. The front safety belts are electrically tightened as much as possible to retract and keep the occupants in position. The pulling capacity of the safety belt retractor is 1 mm/ms – which means it can retract 100 mm safety belt in only 0.1 seconds. The belts are firmly tightened as long as the car is in motion.

• To help prevent spine injuries, energy-absorbing functionality between the seat and seat frame deforms mechanically to cushion the vertical forces that can arise when the car encounters a hard landing in the terrain.

“By keeping the occupant in an upright posture while cushioning the impact, the vertical forces he or she is exposed to can be reduced by up to one-third. This helps to considerably lower the risk  of the most serious and frequent spine injuries in these situations,” says Lotta Jakobsson.

During the ‘Airborne’ method the vehicle runs off the road at, e.g., 80 km/h. After the initial free flight, the car lands on a smooth surface and continues onwards. The height difference is 80 cm, resulting in a hard impact on the wheels. This causes massive vertical forces of the same level as a fighter pilot is subjected to when using his ejection seat in an emergency.

The ‘Ditch’ test is designed to replicate the bouncing movement when driving into an 80 cm deep ditch and impacting an embankment, which causes high vertical forces. The ‘Rough road’ test creates a bumpy ride in the terrain, producing substantial lateral rolling motions in combination with vertical and longitudinal vehicle motions.

Crash test dummies are used to represent humans in the tests. The most advanced dummy is ‘Thor’, which is equipped with an enhanced flexible shoulder area to create more human-like movement in a run-off road scenario.

In addition to complete vehicle crash testing, Volvo Cars has also developed a flexible and multi-purpose test rig to evaluate occupant positioning and occupant retention. A vehicle seat and restraint system is mounted on a multi-axial industrial robot. The robot, which is used together with a crash test dummy, can be programmed to simulate the occupant kinematics in each of the three test track methods, or any other variation of a run-off road crash. (The robot is described in a separate press release.)

“Of course, we are also focusing on supporting the driver with technologies that help prevent run-off road crashes from happening. Two specific systems in the all-new XC90, Lane Keeping Aid and Driver Alert Control, are targeting these situations,” says Lotta Jakobsson.

Lane Keeping Aid helps the driver stay on track by applying extra steering torque if the car is about to leave the lane unintentionally. Driver Alert Control detects and warns tired or inattentive drivers. In the all-new XC90, it is enhanced with a new Rest Stop Guidance, which directs the driver to the nearest rest area.

Keywords:
Safety, Technology
Descriptions and facts in this press material relate to Volvo Cars' international car range. Described features might be optional. Vehicle specifications may vary from one country to another and may be altered without prior notification.
To view the full copyright information click here
Media Contacts
Related Images
Jul 22, 2014 ID: 148243 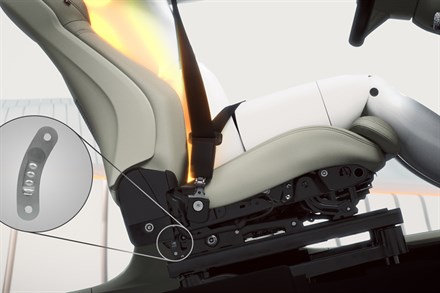 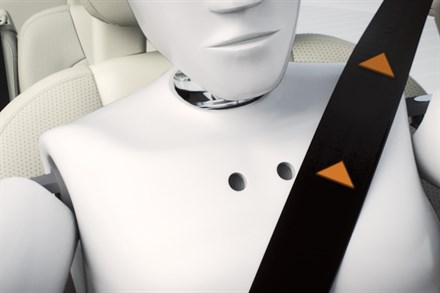 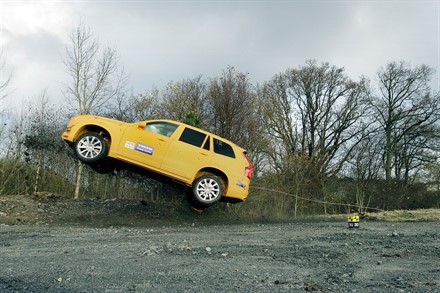 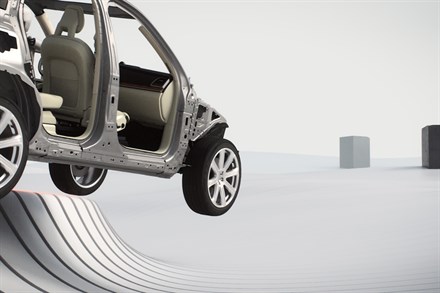