The German Volvo P1800 IG and the Swiss Volvo-Sport Club P1800 are both celebrating their anniversary with a week's visit to Sweden. The group consists of 38 cars from Germany and 9 from Switzerland. The different Volvos are; 35 ES, 11 P/S/E and an Amazon GT, altogether 95 club members. The troop arrived with the ferry to Göteborg habour in the beginning of the week and will tour western Sweden for a couple of days.

Volvo Cars was the main attraction yesterday with visits to the Volvo Museum, Brand Experience Centre and the Torslanda plant. Through clever parking, the cars formed the name "Volvo" outside the museum with the letter "o" made up of the club members themselves.

"Very nice to be back at the Volvo roots. This is of course the highlight of our anniversary," says Fritz Schöbel, president of Volvo P1800 IG.

The two-seater sports coupe P1800 was presented at the auto show in Brussels 1960. Production started one year later and almost 46,000 units of the model were produced in various versions until production finished 35 years ago, in 1973.

P1800 became very popular when Roger Moore drove it in the TV series The saint. The car was designed by Pelle Petterson, who became an honorary member of the Swedish P1800 Club in 2004.
The P1800 is today regarded as a cult car, a special and unusual Volvo. It is appreciated by thousands of enthusiasts in Volvo Owner Clubs all over the world.

"The visit has been very enjoyable and interesting. We want the Volvo Museum to act as a home for all Volvo clubs, they help to preserve our industrial heritage and act as Volvo ambassadors," says Sten-Åke Lyngstam, manager of the Volvo Museum.

Saturday May 31 is the Volvo Museum Open day with admission free http://www.volvocars.com/intl/corporation/Heritage/Pages/VolvoMuseum. There will be lectures, seminars and all exhibitions are manned. The latest contribution is a special P1800 display.

Keywords:
Special Interests, Historical
Descriptions and facts in this press material relate to Volvo Cars' international car range. Described features might be optional. Vehicle specifications may vary from one country to another and may be altered without prior notification.
Media Contacts
Related Images
May 15, 2008 ID: 15412 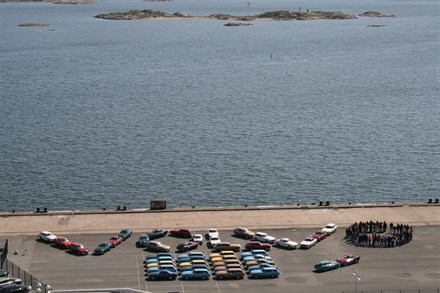 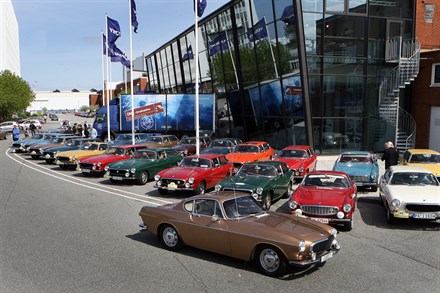