The 2014-15 edition of the Volvo Ocean Race features seven entries, a new one-design boat and enhanced media coverage, as is it continues to generate significant business value for the Volvo companies.

The 12th edition of the Volvo Ocean Race starts in October. Seven boats depart from Alicante, Spain, on Oct. 11, 2014 and visit 11 ports on five continents on the way to the final stopover in Gothenburg, Sweden in June 2015. To reach the finish, they’ll race 38,739 nautical miles around the world in the ultimate human challenge.

The shared Volvo core values of safety, quality and environmental care are naturally woven into the Volvo Ocean Race. Through joint ownership of the race, both Volvo Cars and Volvo Group also have an effective platform to develop the brand, enhance relationships and create stronger brand awareness globally.

“At Volvo Cars, everything we do begins with people, from our commitment to safety to innovation. Through the Volvo Ocean Race we get an excellent opportunity to connect and build relationships with people around the world. The race itself is also an extraordinary human endeavor, requiring passion, focus, dedication, teamwork – the same emotions and traits reflected in the design of our vehicles,” said Håkan Samuelsson, President & CEO Volvo Car Group.

“The Volvo Ocean Race provides a great opportunity to connect to the general public and showcase Volvo Group’s role in today’s society, as well as our strong drive to develop the sustainable transport solutions of tomorrow. The race also adds evident business value and is a long-term brand building commitment,” said Olof Persson, President & CEO for the Volvo Group. 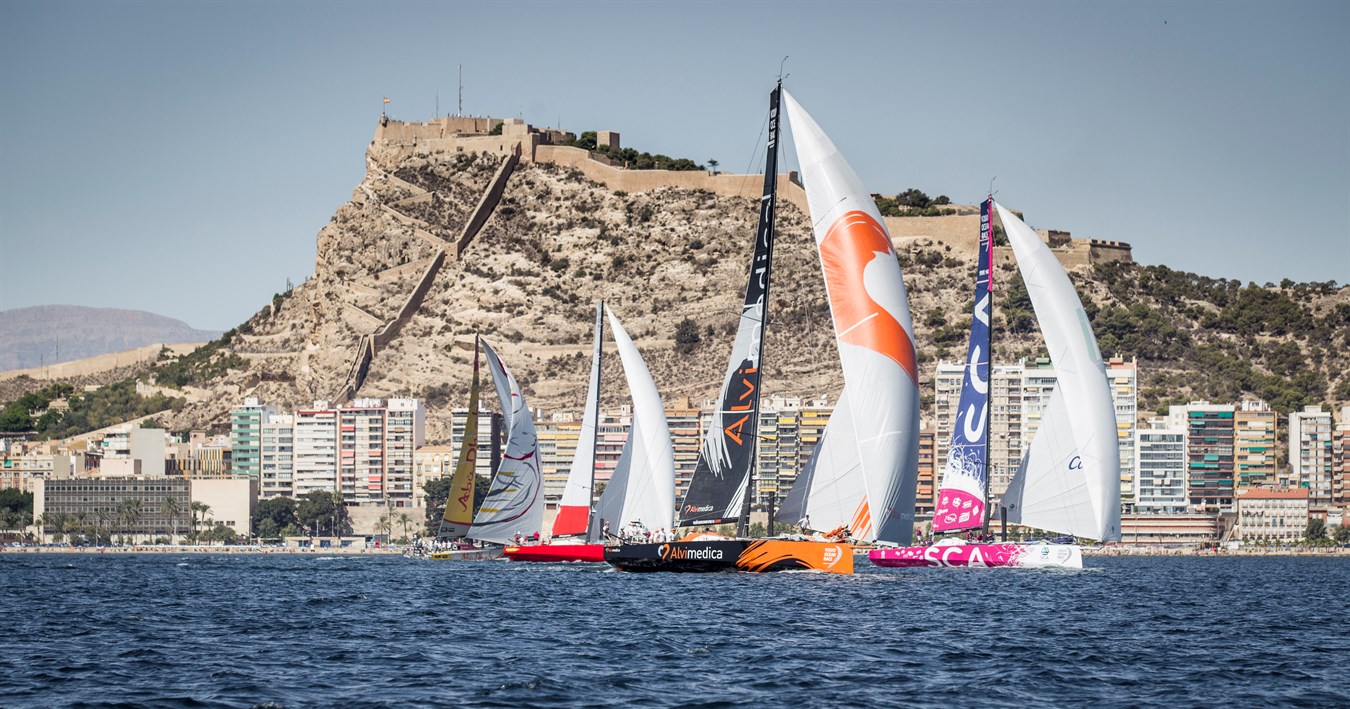 New for this edition is the one-design Volvo Ocean 65 racing yacht. Each of the seven boats in the fleet was built to a single, tightly controlled set of plans. As a result, the emphasis is on the skill, strategy and teamwork of the crews.

The new Volvo Ocean 65 incorporates a series of innovations that, combined, make a boat not only fast through water, but also capable of withstanding the toughest conditions on the planet. Safety on the wind-powered vessels is also a priority, just as it has been for the Volvo companies since the very first car was manufactured in 1927.

A pavilion located in each stopover port Race Village, shared by the Volvo companies, offers the general public and corporate guests insight into the brand and product ranges. Technology and safety features – for both cars and commercial vehicles – will also be showcased with the traveling exhibition. Among the highlights during the 2014-15 race is the all-new Volvo XC90 premium SUV, and the much acclaimed Volvo FH truck with epic dynamic steering – both on display in the pavilion.

The Volvo Ocean Race is a powerful tool to build, enhance and stimulate business relationships. From current and future customers, to dealers, sales partners and media, the stopovers provide a unique setting to interact with various stakeholders. A larger audience is reached through race-specific marketing campaigns, media outreach and digital communication. 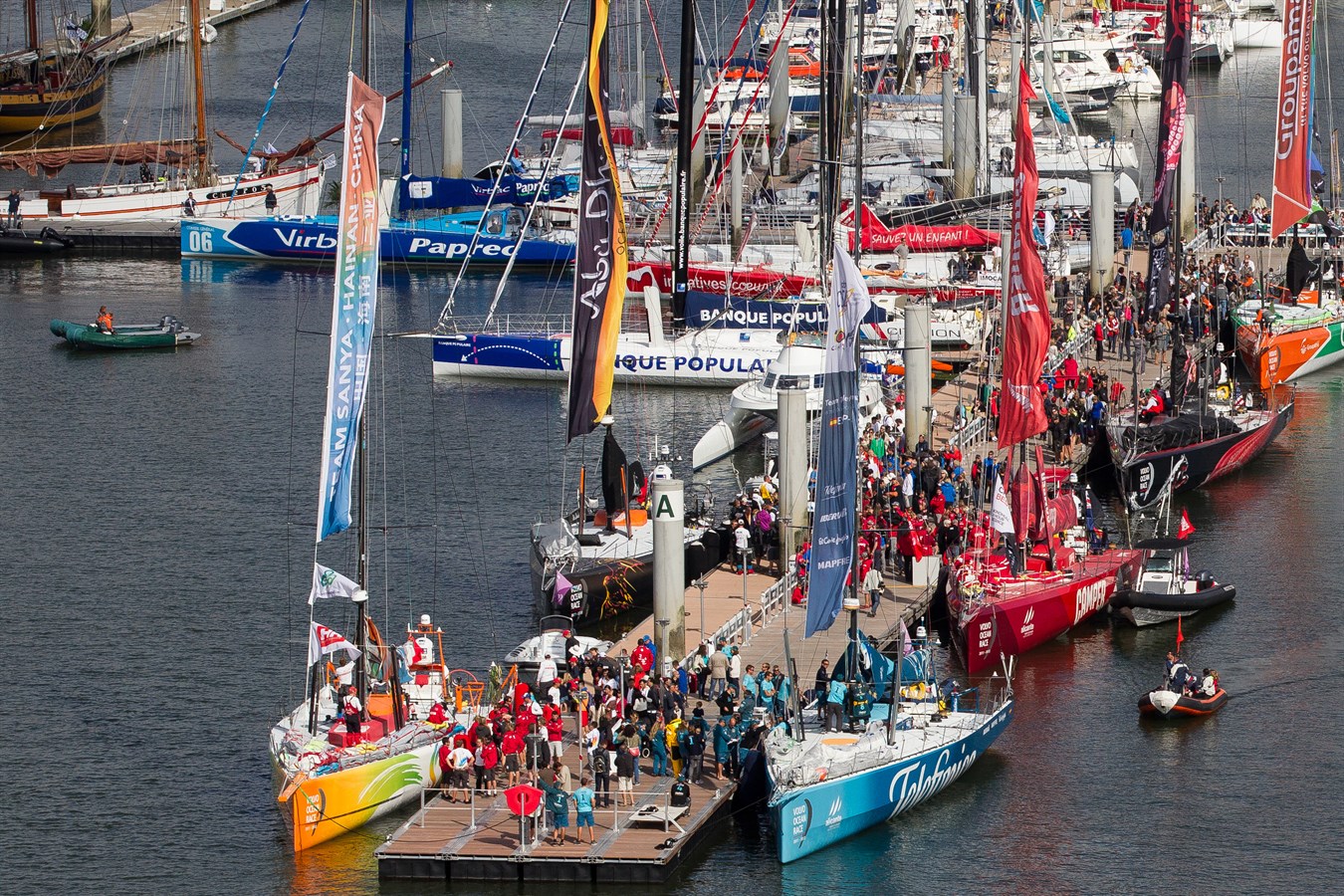 The Volvo Ocean Race receives tremendous media coverage around the world. As the top professional sailors race against each other on high-tech machines across miles of unforgiving ocean, millions of fans follow the adventure. Through onboard cameras and sophisticated telecommunications, every detail can be shared on television, computer and mobile device. Hundreds of thousands of people also visit the Race Villages in each host port to watch the action live, learn about the Volvo brand and enjoy entertainment and hospitality programs.

During the 2011-12 race, 1.55 billion people viewed the race on television, and the Race Villages saw 2.9 million visitors combined. Millions more followed the race through digital channels or global media outlets.

The Volvo Group is one of the world’s leading manufacturers of trucks, buses, construction equipment and marine and industrial engines. The Group also provides complete solutions for financing and service. The Volvo Group, which employs about 110,000 people, has production facilities in 18 countries and sells its products in more than 190 markets. In 2013 the Volvo Group’s sales amounted to about SEK 270 billion. The Volvo Group is a publicly-held company headquartered in Göteborg, Sweden. Volvo shares are listed on NasdaqOMX Stockholm.

The Volvo brand is shared between Volvo Car Group and Volvo Group, which translates into joint ownership of the Volvo Ocean Race. The Volvo Ocean Race is the leading round-the-world sailing race for teams, with a series of stops that give fans the chance to experience the In-Port Race series. It began life in 1973 and was then known as the Whitbread. Today it is sailing's biggest offshore race and one of the most coveted prizes in the sport. It lasts for nearly nine months – the longest sport event in the world.

Keywords:
Corporate News, Product News
Descriptions and facts in this press material relate to Volvo Cars' international car range. Described features might be optional. Vehicle specifications may vary from one country to another and may be altered without prior notification.
To view the full copyright information click here
Media Contacts
Related Images
Oct 04, 2014 ID: 152919 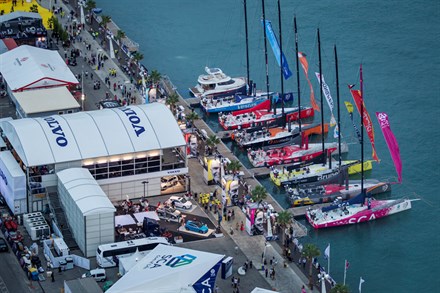