The Volvo V70 and S80 are now also available with a five-cylinder, 2.5-litre turbocharged Flexifuel engine with a power output of 200 hp (147 kW) and 300 Nm of torque.
"The 2.5-litre version adds spice to our environmental offer. It emphasises our aim to offer our buyers the possibility of combining performance with environmental responsibility. With 200 hp on tap, the driver gets a dynamic drive without compromising fuel economy," says Fredrik Arp, President and CEO of Volvo Car Corporation.

From a pure technological viewpoint, it would have been possible for Volvo Cars' engine experts to reach a power output above 200 hp. But extra power would require more fuel in the upper rev range - which in turn translates into considerably higher fuel consumption.
"200 horsepower is the ideal power level for this engine. This makes it possible for the car owner to cover the daily driving without the need for a richer air/fuel mix than the ideal value, which is 14,7:1. We think that our buyers will appreciate that we are focusing on a competitive fuel consumption," says Magnus Jonsson, Senior Vice President, Research & Development at Volvo Cars.

Available with automatic transmission
"Another new development is that the 2.5FT is available with both a manual and an automatic gearbox. This is further proof of our ambition to offer environmental alternatives in our larger models without compromising comfort or driving pleasure," adds Magnus Jonsson.
Fuel consumption (EU combined) for the new 2.5-litre Flexifuel version is 9.2 l/100 km (V70 and S80) with the manual gearbox and 10.2 l/100 km (V70) and 10.1 l/100 km (S80) with the automatic gearbox.
The Flexifuel cars can run on E85 bioethanol or 95-octane unleaded petrol - or any mix of these two fuels. Due to its lower energy content, fuel consumption when running on E85 is 30-40 percent higher than when running on petrol. The exact difference depends on variables such as driving style, exterior temperature and variations in the fuel specification.

One of the most extensive offers
Both the Volvo S80 and V70 have also been available with a 2-litre four-cylinder, naturally aspirated Flexifuel engine since the end of 2007. The 2.0F produces 145 hp (107 kW) and 185 Nm of torque.
Volvo Cars will have one of the automotive market's most extensive biofuel ranges. All in all, five models - the Volvo C30, S40, V50, V70 and S80 - are available with one or two Flexifuel engines.
The Flexifuel variants of the Volvo S40, V50 and C30 have a four-cylinder 1.8-litre naturally aspirated engine, the 1.8F, which produces 125 hp (92 kW) and 165 Nm of torque.
All engines and other relevant components have been adapted for driving on E85 through a number of modifications.

Growing demand in Europe
Bioethanol is an entirely renewable fuel that can be made from most biomass sources such as sugar cane, corn, wheat, sugar-beet and cellulose. When running on E85 (85 percent bioethanol, 15 percent petrol) carbon dioxide emissions from bioethanol are regarded as part of nature's own carbon cycle.
Volvo Cars is launching Flexifuel cars on increasing numbers of markets. In addition to Sweden, which is by far the largest market, these models are sold in France, Norway, Italy, Finland, Germany, Austria, the Netherlands, Spain, Great Britain, Ireland, Belgium, Switzerland and Thailand. Flexifuel cars are about to be introduced in more countries across Europe.

Keywords:
Environment, Sales Volumes, Technology, 2009, V70 (2008-2016), S80 (2008-2016)
Descriptions and facts in this press material relate to Volvo Cars' international car range. Described features might be optional. Vehicle specifications may vary from one country to another and may be altered without prior notification.
Media Contacts
Related Images
Jul 25, 2007 ID: 11831 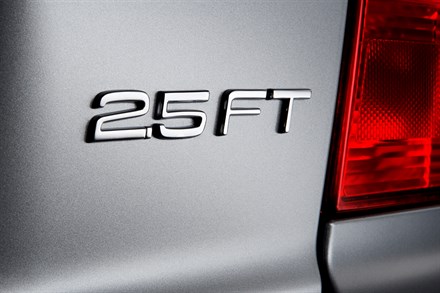 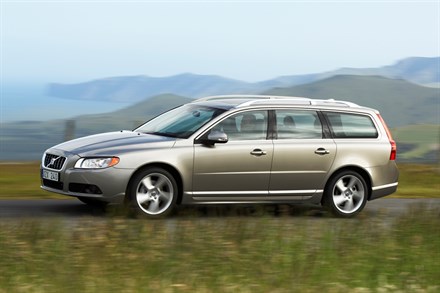