On 21 August 1974, the Volvo 240 was shown to the media for the very first time. The model series would become an unprecedented success for Volvo and around 2.8 million would be produced over the course of 19 years.

1974 was a big year for Sweden. In the spring ABBA won the Eurovision Song Contest with Waterloo, an 18 year old Björn Borg trounced the tennis elite, and Volvo presented one of its most important models ever.

On 21 August the media got to see and drive the new car for the first time. The journalists were flown by chartered plane from Volvo's head office at Torslanda to the little town Borlänge, where a row of Volvo 244 GLs were waiting for them. Each and every one had an orange paint job very typical of the time - with orange interiors to boot. 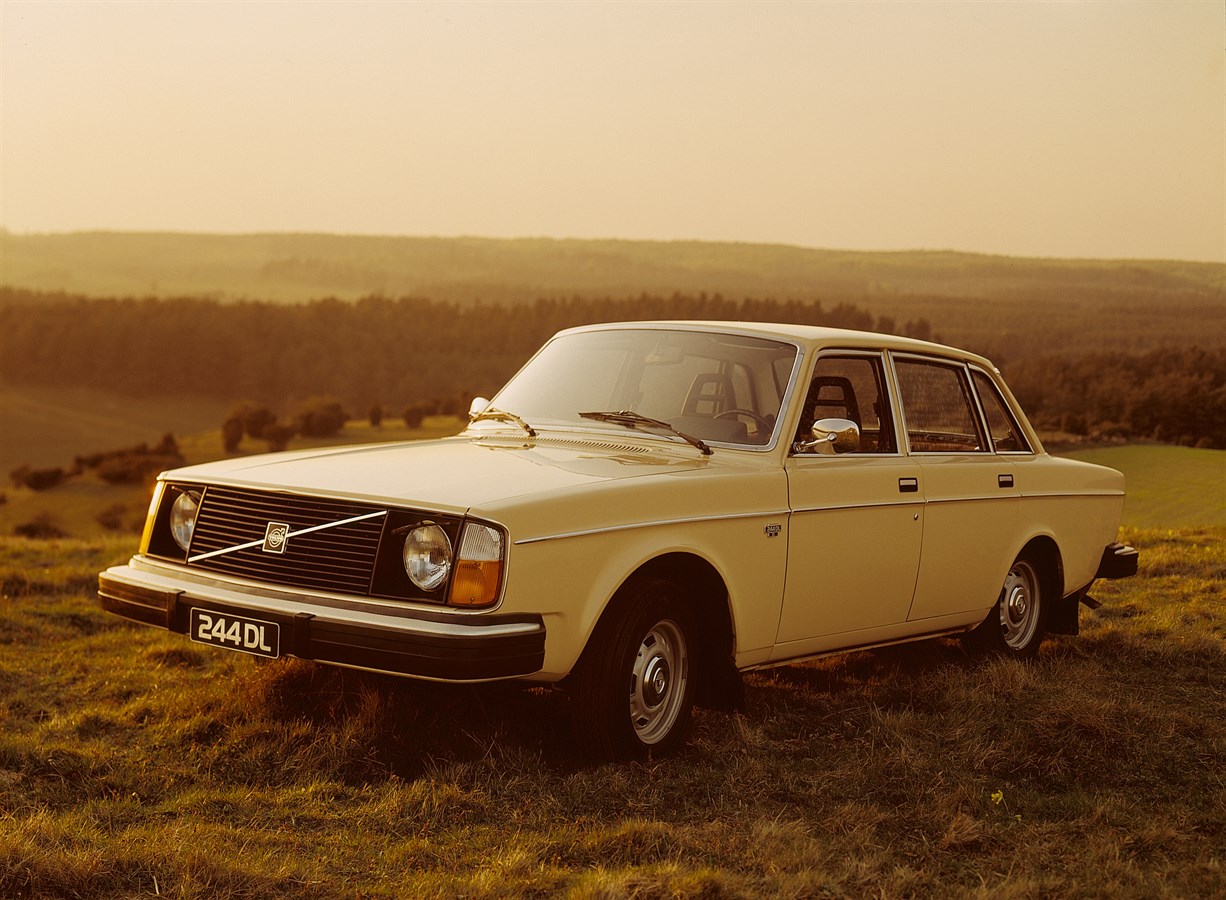 The Volvo 240 was a development of the 140 series, but a lot had changed. The innovations were primarily at the front, its appearance was greatly inspired by the VESC safety car that had been presented two years earlier. Most prominent of all were the large bumpers - the car was a total of 13 cm longer than the 140 series. The characteristic lattice headrests were among the new additions to the interior.

The newly developed B21 engine came in a 97 hp carburettor version and a 123 hp fuel injection version. The front of the car was a new design using MacPherson struts and rack and pinion steering.

In October 1974 production of the more exclusive 260 series, which originally came in two versions, DL and GL, began. The 264 had a new 2.7 litre, 140 hp V6 engine. The engine called B27 was built in Douvrin in northern France and was the result of a partnership between Volvo, Renault, and Peugeot.

During its production period, the Volvo 240 was made available with a variety of engine options. A world première that was introduced with the 1979 model was a car with a six-cylinder diesel engine developed in partnership with Volkswagen. The diesel engine was also available as a five-cylinder version in select markets. The 1981 model saw the launch of the 244 turbo with 155 hp. The huge sensation, however,  came a bit later in the form of the 245 turbo wagon - the first series production estate car with petrol turbo. 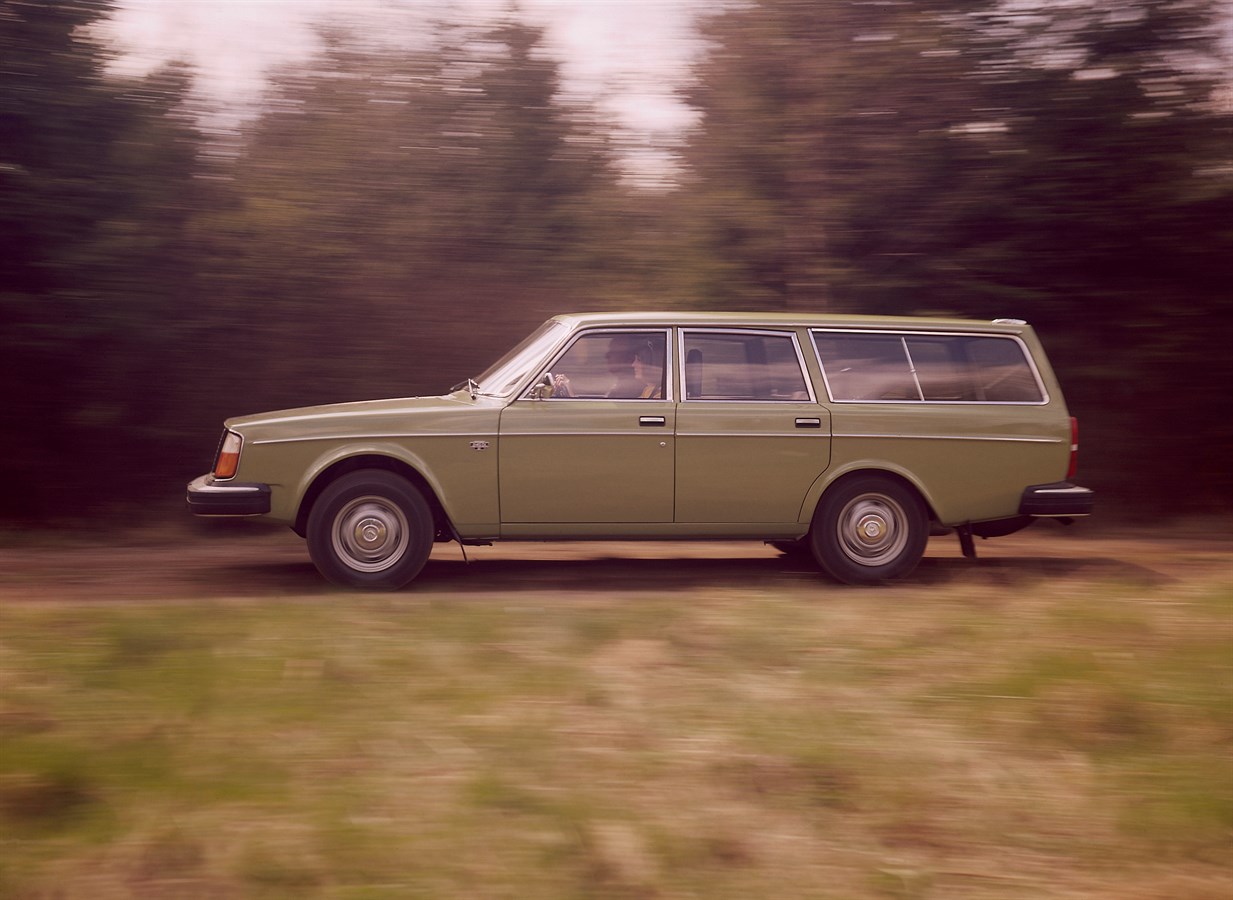 Through the years, the Volvo 240 was produced in a range of different versions. In addition to two, four, and five door versions, there was also an exclusive coupé version, the 262C, built by Italian firm Bertone, producing a total of 6622 cars between 1977 and 1981. At the other end of the size scale was the 264TE and the 245T, both of which were extended by 70 cm. The 264 Top Executive was a luxurious limousine edition, and the 245 Transfer was an extra large estate, which was, among other things, used for school transportation in rural areas.

A world first in environmental terms came in the autumn of 1976. Volvo made its first delivery of cars in the 200 series with three-way catalytic converters and Lambda sensors to California. The Lambda sensor meant that 90 per cent of the harmful gases such as hydrocarbons, carbon monoxide, and nitrogen oxides disappeared in the catalytic converter. In 1977 Volvo won the American National Environmental Industry Award. In 1978 the Volvo 240 was named the USA's cleanest car by the California Air Resources Board.

The Volvo 240 Turbo would also become a successful race car. The biggest title was secured in 1985 when Thomas Lindström and Gianfranco Brancatelli won the European Touring Car Championship, ETC.

The Volvo 240/260 received a number of awards for its safety. In the UK Volvo was awarded the Don Safety Trophy for its traffic safety promotion initiatives and designs above and beyond legal requirements.  In 1976 the Volvo 240 was chosen as the standard for continued safety work by the USA's Traffic Safety Administration, NHTSA. For four years at the end of the 1980s, the Volvo 240 estate was the safest car of its size in the USA according to the Highway Loss Data Institute.

The Volvo 240 has become a collector's car, with the turbo being in particular demand among enthusiasts, with ever increasing prices being paid for more commonplace models in good condition. The availability of spare parts is good, and it is still possible to buy many parts through Volvo, with the range of newly produced components steadily increasing.

The Volvo 240 was also produced in Kalmar and in the Belgian city of Ghent. The final car rolled off the line at the Torslanda plant in Gothenburg on 5 May 1993. The model had by then survived for longer than anyone could have imagined 19 years earlier.

Volvo CEO Pehr G Gyllenhammar handed over the keys to the final 240 to be sold to the customer in a special ceremony. Pehr G Gyllenhammar had himself had several custom-built 240s as company cars, and at the ceremony he said: "We have had the world's safest car, one of the most worthwhile cars to buy, and a car that is already living legend and will be even more of one in the years to come."

Keywords:
242, 244, 245, 1974, Product News
Descriptions and facts in this press material relate to Volvo Cars' international car range. Described features might be optional. Vehicle specifications may vary from one country to another and may be altered without prior notification.
To view the full copyright information click here
Media Contacts
Related Images
Sep 04, 2002 ID: 5978 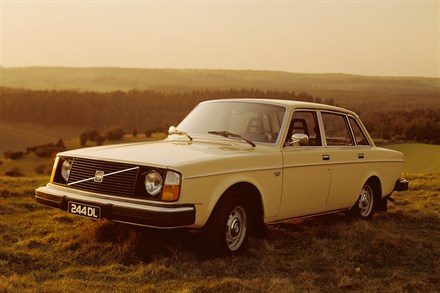 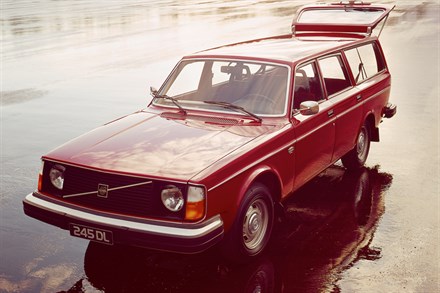