Love made Volvo Cars designer Simon Lamarre leave his native Canada some eighteen years ago. In spite of the slow economy in Sweden at the time, he landed a job as a clay modeller for Saab. There he learned how to design from scratch and that you need more than a cool design to make it all the way.

As Studio Chief Designer for the new Volvo C30 he has understood the importance of interaction between people with different areas of expertise.
"The perfect design is the perfect compromise," Simon says. "And that is the difference between design and art. An artist doesn't have to compromise. But that doesn't mean that I have given up my individuality, but rather that I have learnt when to stand up for what I firmly believe in and when to back down and move on."

After five years of teamwork with the C30 project Simon knows what he is talking about. It's not just about a great looking model. You also have to be able to manufacture, communicate, sell and repair it.
"Design at this level is perhaps 15-20 % pure creating. The rest of the time is spent in discussions and negotiations internally."

To succeed with the exterior design of a new car model is of course always important. But with the Volvo C30 project the challenges were unusually difficult. This time it was all about challenging the public's view of what kind of car Volvo is and who the prime customers are.
"Ask the man on the street to describe a Volvo, and he will likely say that it is big, safe, practical, square and perhaps a bit boring. A typical family car. Volvo C30 on the other hand is sporty, rounded, flexible and not necessarily the most practical. It addresses people with an active lifestyle before and after children."

Simon is of course pleased with the looks of C30 and talks about the feelings involved when buying a new car.
"A car is so much more than just a means of transportation today. It is a part of your accessories that show who you are. It is about living your dream. And that is what we are trying to communicate."

As a designer Simon has a general interest in things and gadgets. He follows the trends in sports, fashion, electronics, architecture and so on. But he thinks it is difficult to put his finger on exactly what triggers his own desire to design. It is more about seeing the bigger picture. Trying to understand where things are headed. He likes to try new ideas, to experiment, to mix and match. Anything that opens your mind.
"If I had more time I would like to learn how to weld. But with three children that idea has to rest for a while."

However, his eagerness to share ideas on design is not at rest within Simon.
"Design is to satisfy all our senses. Good design gives you a greater pleasure when using a product. Like the newer kind of nutcrackers you hold vertically with a collector at the bottom. It's easier to crack and you don't get all the shells in your hand."

During his years in Sweden Simon has given a lot of thought into his relation to Scandinavian design in general and to Swedish design in particular. In his mind the source of the concept stems from the people and the nature. In the way in which life is led in Sweden and what natural resources are available. But with his Canadian background he would like to supplement or challenge the general definition of Scandinavian design a little.
"To me there are two words missing in the description, and that is contrast and surprise. If you compare for instance the way the Swedes conduct themselves in the office and during the midsummer festivities. Talk about a sharp contrast! Or the way the tranquil beautiful sunset here on the west coast surprisingly fast can turn into real bad weather. To me what is often described as soft and tranquil is only part of the picture. And you can see this in the design."

Simon pulls up one of the chairs in the room to demonstrate.
"Look at this. The armrest is made of light coloured wood that has been bent almost 90 degrees. It is a traditional material but it has been used in a new high-tech manner. You can of course talk about the lines as soft and pleasing to the eye, but to me, both the contrast and the surprise is definitely there."

It isn't a big surprise that he doesn't talk much about future projects. At least not to outsiders. But be sure that behind the scenes with his team of professionals he is modelling, negotiating and compromising. Everything in order to please all the senses of future car buyers.

Keywords:
C30, Life Style, Design
Descriptions and facts in this press material relate to Volvo Cars' international car range. Described features might be optional. Vehicle specifications may vary from one country to another and may be altered without prior notification.
Media Contacts
Related Images
Aug 25, 2006 ID: 10110 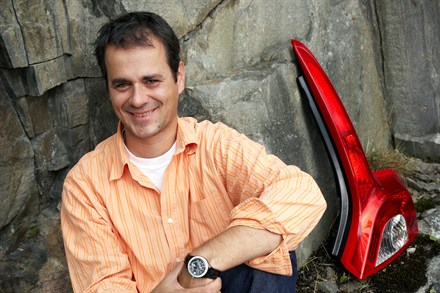 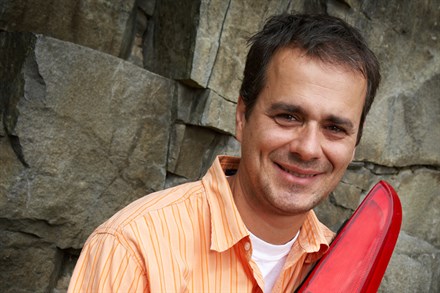 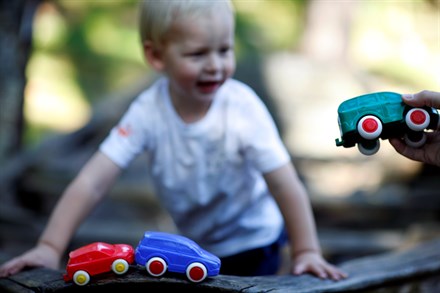