José was born in Mexico City and he grew up with a passion for cars. "And for speed, beauty and health" he adds. José was a Mexican water-skiing champion but it was his talent for car design that would take him around the world.

He is a graduate in Industrial Design from the UIA (Ibero American University in Mexico). He also holds a Post Graduate, Master's Degree in Automotive Design from the RCA (Royal College of Art in England) in 1979.

His career began in 1969 with general design work at the Pedro Ramirez Architect Design Studio. He ran his own business for a couple of years designing furniture before he accepted the job as a design consultant for the Mexican Institute of Foreign Trade. He continued with studies at the Royal College of Art until 1979.

Assigned by Volvo Car Corporation in 1986 as a Consultant Designer, José also had other assignments for IAD UK, Nissan and Ford. In 1990 he fully joined Volvo and between 1993 and 2000 he was Chief Designer for interior, colour and trim. Between 2000 and 2001 he did a guest appearance as Chief Designer, Colour & Trim and Product Design at Ford Motor Company in Detroit, but he soon returned to Sweden to work for Volvo again.

"Swedes live in harmony, they appreciate quality and authenticity, and good design is part of everyday life. Of course, as a designer that appeals to me."

Today he is Chief Designer Strategic Design at Volvo Cars. He has contributed to the development of concept cars such as the Adventure Concept Car (ACC) the Performance Concept Car (PCC), the Safety Concept Car (SCC) and the latest Versatility Concept Car (VCC). He has also been responsible for the new architecture, functions and colours, interiors and exteriors in cars from 1993 and forward (Volvo S70, V70, S40, S80 and XC90). José was also involved in the development of the Volvo S80 Executive, Volvo's most prestigious car to date. He believes that Volvo's take on luxury really stands out in the crowd:

"Coming from another culture, it was obvious to me that Swedes have traditionally shunned the luxurious; it has been shameful to indulge. In recent years the luxury perspective of the continent has influenced the Swedes but it is clear that they seek more understated and intelligent pleasure. With the new Volvo S80 Executive we have cracked the code of the unique Swedish luxury. Our new luxury car radiates prestige, yet celebrates the simplicity of modern Swedish design."

José is an active participant at universities and professional design forums. He is married and the father of two children. He has both Swedish and Mexican nationality. He drives a Volvo V70 AWD D5.

Keywords:
Life Style, Design
Descriptions and facts in this press material relate to Volvo Cars' international car range. Described features might be optional. Vehicle specifications may vary from one country to another and may be altered without prior notification.
Related Images
Apr 22, 2005 ID: 9073 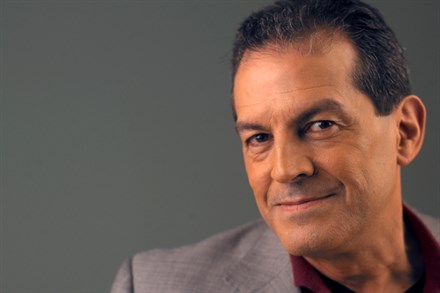 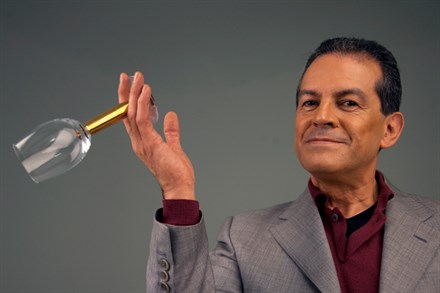