"The Volvo XC60 is the safest Volvo ever. It brings together all the safety knowledge we have built up over more than 80 years. In fact, the XC60 is perhaps even the safest car in all categories," says Volvo Cars President and CEO Fredrik Arp.

In addition to innovations such as City Safety, Trailer Stability Assist (TSA) and a further developed DSTC system, the Volvo XC60 is available with all the accident-avoidance and protective safety technologies that Volvo Cars offers today. All are presented later in this text.

In 1927 Volvo's founders Assar Gabrielsson and Gustaf Larson stated that "Cars are driven by people. Therefore the guiding principle behind everything we make at Volvo is - and must remain - safety."

Since then Volvo Cars has introduced a number of ground-breaking technologies. To this very day the three-point seat belt from 1959 is the single most effective lifesaver on the roads. Volvo's cars have over the years been equipped with an ever longer list of safety solutions. From crumple zones, safety cages, airbags and whiplash protection to systems for dynamic stability and driving control.

However, it is the interaction between the various safety systems and functions, not the individual components, that determines just how safe a car is. In a Volvo, safety is the result of a complete, integrated solution. This holistic view has from the very outset been a cornerstone of the Volvo Cars safety philosophy, and it remains very much a cornerstone today too.

The driver is central

"We focus on technologies that help the driver observe critical situations and avoid collisions. Traffic accidents should not be regarded as unavoidable. With the right technology, we can give the driver the support needed to help avoid accidents," says Jonas Ekmark, manager of Preventive Safety at the Volvo Cars Safety Centre.

Analysis and development in five phases

With the aim of creating as sound a basis as possible for the continuous development of safety technology from a human perspective, Volvo Cars is involved in far-reaching research based on real-life traffic situations. The Volvo Cars model and methodology for accident analysis means an extension of the traditional approach to traffic accident research by focusing on the entire sequence, divided into five phases - from non-conflict to post-crash. Based on these phases, the company develops and enhances its safety solutions - all of which are now gathered together in the new Volvo XC60.

In the first phase, the foundation is laid for helping avoidance of critical situations. In Volvo's cars it is a basic requirement that the driver must always have good visibility and that the chassis, engine, brakes and steering together give the driver the best possible control over the vehicle. The driver and passenger in-car environment is another important factor that affects well-being and attentiveness. Helping the driver not to use the car after drinking alcohol is yet another way of avoiding an accident at an early stage. In recent years, Volvo has in addition developed a range of new technologies that all help the driver maintain focus on the road.

A critical situation is imminent. The car might be about to skid. The driver may without realising it be speeding towards a vehicle that is at a standstill. In such situations and others, preventive safety functions can step in to stabilise the car or alert the driver. In this way, the driver is given a better safety margin.

The accident is about to happen. The car in front may now be so close that severe braking is essential. Some of Volvo's preventive safety functions can now step in and respond if the driver can no longer avoid the collision on his or her own. However, it is important to emphasise that new preventive safety technologies do not relieve the driver of the responsibility of driving safely.

A collision will take place. What is important in this phase is to minimise the injuries to the cars' occupants. Volvo's cars are designed to offer their occupants excellent collision protection. The car has advanced safety protection with safety belts, pre-tensioners, airbags, inflatable curtains and a strong safety cage. All in all, these advanced safety technologies help make a Volvo one of the safest cars in its class. At the same time, every Volvo is designed to be as gentle as possible on the occupants of other cars and on unprotected road-users.

Volvo has many years experience in examining and following up actual accidents involving Volvo cars. In order to extend the analysis to the chain of events occurring moments before the collision, Volvo Cars supplements its own statistics with external detailed studies and reconstructions of chains of events. The collective knowledge thus generated is later used in the development of new Volvo safety technology.

Volvo Cars' Traffic Accident Research Team traces its roots to the 1960s. A few years after Volvo engineer Nils Bohlin invented the three-point seat belt and Volvo Cars had introduced it as standard in front seats, a comprehensive survey was carried out of the seat belt's injury-reducing effect.

The survey, which was carried out in 1966, encompassed all cases of injury in Sweden that involved a Volvo and it covered a period of one year. The results indicated that the seat belt reduced injury frequency by 50 percent. Volvo realised then that detailed knowledge about what actually happens with the vehicle and its occupants in a collision is valuable in the product development process. A decision was therefore taken in 1970 to establish the company's own Traffic Accident Research Team, which has worked continuously ever since. Over the past 35 years, Volvo Cars' own traffic accident research unit has collected data from more than 36,000 accidents. This information has resulted in an invaluable contribution both to Volvo's own safety work and to traffic accident research in general.

In order to offer cars with a world-class safety level, Volvo Cars regards it as essential to ensure that the safety systems used cover every size of occupant, across a wide range of speeds and a broad spectrum of collision scenarios. For this reason 100-120 crash tests are performed with each new car model at the Volvo Cars Safety Centre and, before the car even exists as a prototype, it has been crashed several thousands of times in virtual simulators. This unique facility in Göteborg opened in 2000 and is among the most advanced centres of its kind. The tests form a highly effective complement to the experiences gained from accident research in the field.

2004 BLIS, system for information about the offset rear blind spot

Keywords:
Volvo XC60, Safety, Motor Shows, 2009
Descriptions and facts in this press material relate to Volvo Cars' international car range. Described features might be optional. Vehicle specifications may vary from one country to another and may be altered without prior notification.
To view the full copyright information click here
Media Contacts
Related Images
Mar 04, 2008 ID: 14613 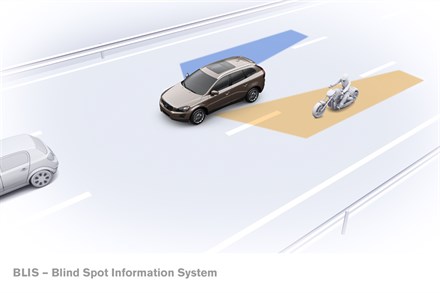 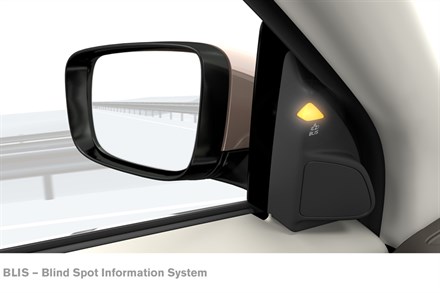 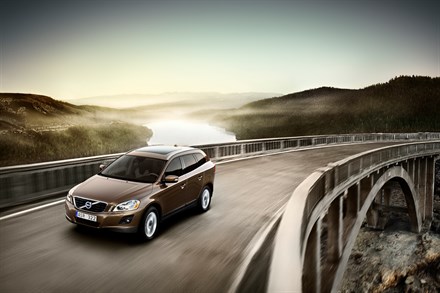 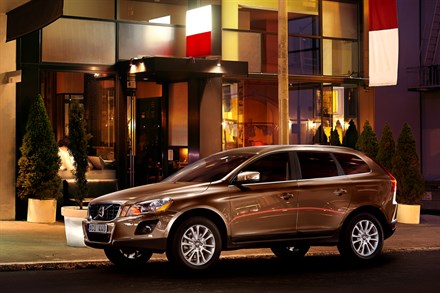