In China’s cities, air pollution has increased rapidly at the same time as families are spending more time each day sitting in traffic jams. The potential effects on health are significant for all drivers, but the elderly and children are particularly at risk.

It is for this reason that Volvo Cars has made in-cabin air quality a priority. Today two decades of research and technological invention put Volvo Cars in a leading role in the field of clean and healthy in-car air quality. According to independent analysis by China’s Consumers’ Association in 2012, the Volvo S60 beat 43 other car models to be named the cleanest car on sale in China.

In order to offer potential customers to the 2014 Beijing Auto Show a chance to experience this for themselves, Volvo Cars, in collaboration with the Swedish clean indoor air technology company Blueair, will offer visitors the possibility to experience clean air at its stand.

The Volvo Cars lounge at the 2014 Beijing Auto Show will be equipped with four Blueair 503 units and Volvo’s office facilities at the stand are equipped with 10 Blueair Sense units. Blueair air purifiers clean the air of odors and ‘invisible’ pollutants such as airborne dust and smoke particles, offering people in the lounge a similar experience as driving in a Volvo in everyday traffic.

“Our commitment to safety goes well beyond safety belts and air bags. At Volvo, safety includes making sure that every minute you and your family spend in a Volvo is as safe as it possibly can be. This includes breathing,” says Peter Mertens, Senior Vice President Research & Development. “Volvo customers can rest assured that their health will remain protected when they drive our cars.”

Blueair, the global leader in indoor air purifying solutions, was founded in Sweden in 1996 and has sales offices and production facilities in Sweden, the USA and China. Today Blueair is sold in over 50 countries world-wide and with over 400 sales points in China alone it is a well-known Swedish brand on the Chinese market.

“We are very pleased to be working with Volvo Cars at the Beijing Auto Show to help their visitors experience a real breath of clean air", says Bengt Rittri, CEO of Blueair. "Like Volvo Cars, Blueair was founded in Sweden, one of the world's most eco-friendly countries. And like Volvo Cars, we believe everyone has the right to breathe clean air.”

Pollution from traffic, industry and private households in densely urbanized regions puts a strain on clean air and can lead to serious health issues. Drivers and passengers are particularly exposed to air pollution from surrounding traffic. The air intake of fresh air via the car’s ventilation system into the cabin is situated close to where other vehicles are. Pollution is created by tailpipe emissions and wear particles.

But pollen and dust are another growing problem for societies with an increasing percentage of individuals suffering from allergies and asthma. Today almost half the population in the Western world suffers from some form of allergy. Finally the cause for an unhealthy in-cabin air quality can even lie inside the car itself. There are materials that may give off emissions in the form of hazardous vapours or odours that can cause irritations of the respiratory tracts.

“At Volvo Cars, we have developed an idea that we call ‘Clean Compartment’. Clean Compartment stands for Volvo’s goal to clean the environment inside the car of health-impairing substances and materials,” explains Peter Mertens. “It encompasses the quality of incoming air and emissions from materials inside the car.”

The incoming air is controlled and cleaned by the Interior Air Quality System (IAQS), a sensor-based and software-controlled system including a multi-filter. This particle and pollen filter, combined with an active carbon filter, reduces concentrations of incoming particles (road dust, sand dust, diesel soot and pollen) and substances (nitrogen dioxide, hydrocarbons and ozone). The system is further able to detect areas with higher levels of pollution, e.g. tunnels, and is able to shut out incoming air for a longer period.

The second part of Clean Compartment is the elimination of harmful interior emissions from the used materials inside the car. “Volvo Cars therefore puts major focus on using only eco-friendly materials in the car cabin,” underlines Peter Mertens.

Volvo Cars not only aims to protect its drivers but also takes responsibility for society and the surrounding environment. Volvo’s catalytic converter with electronic Lambda sensor – a Volvo invention from 1976 – today still is the most important technology for reducing exhaust emissions. Volvo’s present solution cuts more than 95 percent of carbon monoxide, hydrocarbons and nitrogen dioxide.

Keywords:
Product News
Descriptions and facts in this press material relate to Volvo Cars' international car range. Described features might be optional. Vehicle specifications may vary from one country to another and may be altered without prior notification.
To view the full copyright information click here
Media Contacts
Related Images
Apr 16, 2014 ID: 143237 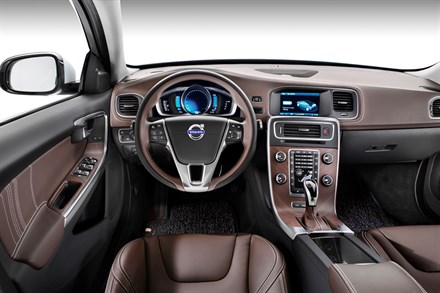 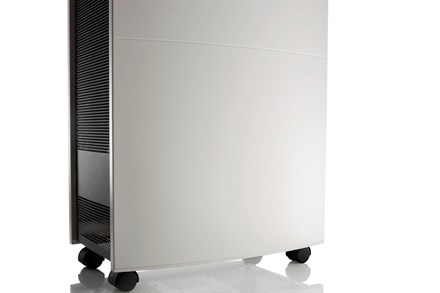