Portsmouth (England) - 18 January, 2008 - Cochin, in the Indian state of Kerala, is confirmed as the host of the second stopover of the Volvo Ocean Race in December 2008.  The Indian stopover will come at the end of the second leg of the race from Cape Town, South Africa.  Cochin will be the first of three new ports in Asia.

Also present at the press conference were Mr. Kodiyeri Balakrishnan, the Hon. Minister for Home, Vigilance and Tourism and Dr. Venu, Secretary of Kerala Tourism.

The Cochin Port Trust, which will be responsible for organising the stopover, with the full backing of the Kerala Tourism Department, welcomed the signing of the port agreement today and is confident that the stopover will give Cochin great exposure.

"India has never hosted such a prestigious sailing event and we are very excited that Cochin has been chosen," said Mr. Ramachandran.

The booming shipping port on the Malabar Coast is now one of India's foremost tourist destinations and the race stopover is sure to bring thousands of additional visitors to both Cochin and the State of Kerala. The Kerala State Tourism Department envisages the event will bring significant visibility as well as economic benefit to the region.

"Kerala Tourism sees this as an opportunity to project Cochin as an exciting destination, and we will be happy to extend all support to the Cochin Port Trust to bring the event to the State," Dr Venu commented.

The Yachting Association of India (YAI), an active advocate of the race coming to India, sees the hosting of a stopover as an important boost to India's ongoing campaign to establish itself as a venue for hosting major sporting events following its successful bid to stage the Commonwealth Games in New Delhi in 2010.

"Hosting one of the world's top three sailing events will obviously boost any future bid to host major sailing as well as other sports events in India," said Commander Ajay Narang, Honorary Joint Secretary-General, YAI. "It will also be a tremendous fillip for local sailing," he added.

It is the first time that India is hosting such a prestigious sailing event and Cochin will be the only port of call in India. The seven yachts participating in the race will arrive in Cochin in December 2008 and will stay for 10 days, before starting leg three to Sentosa Island in Singapore. A race village covering 2.5 acres of land will be set up near the BTP berth at Willingdon Island.

Glenn Bourke, CEO of the Volvo Ocean Race commented:  "It has always been part of our vision to take the race to different and wider audiences and we are delighted that Cochin has become part of that vision.  India not only presents huge opportunities for the development of the event, but this coupled with the daunting challenges the competitors will face when racing their grand prix yachts in unfamiliar waters, will make the visit to India even more exciting for everyone involved.   India has hundreds of millions of enthusiastic sports fans and we know they will enjoy this challenging race, with its passion, teamwork, adventure and excitement."

The 2008-09 event will be the 10th running of this ocean marathon.  Starting from Alicante in Spain on 4 October 2008, it will for the first time, take in ports in Asia.  Spanning some 39,000 nautical miles, stopping at around 11 ports and taking nine months to complete, the Volvo Ocean Race is the world's premier yacht race for professional racing crews.

If you are a first-time user, please take a moment to register.

Keywords:
Special Interests, Sponsorship
Descriptions and facts in this press material relate to Volvo Cars' international car range. Described features might be optional. Vehicle specifications may vary from one country to another and may be altered without prior notification.
Media Contacts
Related Images
Jan 18, 2008 ID: 14108 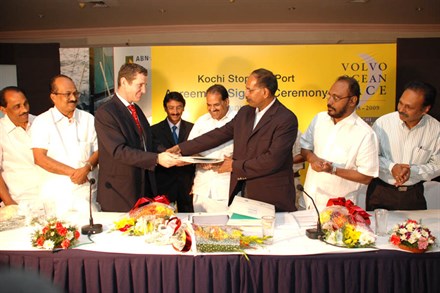 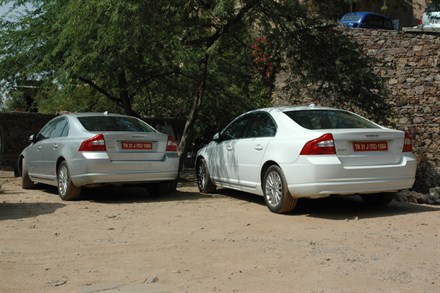