Customers should be able to rely on Volvo everywhere. Irrespective of climate and road conditions. That is why Volvo's cars are tested under the most extreme conditions found on this planet. In Arizona's blisteringly hot desert and in the biting cold of the Arctic north.

"Our cars have to be able to withstand ambient temperatures between -40 and +60 degrees C.
This requirement has been around a long time and is one effect of our safety tradition. Our aim is to create the best possible total function for all climates," says Jan Inge Eliasson, head of the Complete Vehicles Testing department at Volvo Cars.

Tough demands on the entire car

The requirement applies to the entire car, down to the very smallest detail. A Volvo consists of about 40 main systems such as the engine, climate unit, seats and so on. These are divided into 400 subsystems such as the starter motor, fan, seat heaters and others. Which in turn consist of a total of about 3000 components - everything from sensors to heating circuits.

Systems and components must together guarantee thousands of different functions. For instance that the seat can be moved fore and aft, that the fan delivers the right power, that the windscreen wipers operate at their set intervals and so on.

In addition to these basic functions, the car also has a long list of attribute requirements to live up to. And it is here that the temperatures come into the picture. A requirement may read something like: "When starting at -20 degrees, it should take a fixed amount of minutes for the windscreen to be demisted", or "When driving at -15 degrees, there should be a certain specified difference in temperature between the head and feet".

"Extreme winter climate is probably the toughest test to which one can subject a car. The stresses on the engine, steering, climate unit and other systems are immense. As far as I know, we are alone in carrying out tests down to -40 degrees. The reason is our Scandinavian heritage.
Both we and our customers impose extra demands on us since we come from Sweden,"
relates Jan Inge Eliasson.

Volvo Cars started winter-testing its cars in Swedish Lapland back in the 1960s - way before other manufacturers did. Today the company has a modern proving ground just outside Kiruna. There and in the surrounding area all Volvo's car models are put through rigorous tests. With all the specification and equipment alternatives that the factory offers its customers.

The winter test season stretches from December to April. During this period, 200,000 kilometres are covered on the test track and public highways, equivalent to driving about five times round the world.

The tests are carried out jointly by Volvo's test engineers and local test drivers. There are both male and female test drivers, and they are of different ages and have different amounts of car driving experience. Their task is to identify and report on any faults they discover - before the customers do.

"All testing takes place as close to the customer's everyday reality as possible. And even if most Volvo customers never come into contact with this type of extreme climate, the car has to be ready on what may well be the one day a year when the snow suddenly blankets everything," says Jan Inge Eliasson.

Safety is in the holistic approach

The entire test period follows a carefully designed programme. And if the natural conditions aren't tough enough, refrigerator containers are brought in to do the job. The car can be parked inside overnight at thirty degrees below zero. The next morning, the doors are forced open and the engine is cold-started from scratch - and it has to be ready for the day's tests.

"The big challenge lies in getting all the systems to function faultlessly together. The cold slows down the locking systems and various displays. The snow penetrates and blocks filters. Ice covers the windows and lamps. All this and much more has to be dealt with to meet the tough demands that are imposed - not least as regards safety," continues Jan Inge Eliasson.

Safety-related work in the snow and cold takes place on several levels. The car has to guarantee a driver's environment and an interior climate that keeps the driver refreshed and alert for long periods of time. Visibility has to be ensured. As must steering and braking ability. Even in severe snowstorms and with the dangers of black ice. What is more, four-wheel drive and safety systems that come into action in critical situations must function with exactly the right degree of feel.

Nothing can replace reality

Winter testing takes place late in a product's test cycle, using pre-series cars that look and function exactly like the final model. However, the test process actually gets under way long before this.
First via computer simulations, later on in laboratories: Volvo's wind tunnels, for instance, can create full snowstorm conditions - indoors.

"The advantage of laboratories is that the tests are predictable and repeatable. However, there is
a danger too. We generally say that the wind tunnel reveals the answers we are looking for. Out on the open road, however, we find answers to questions we never even asked," says Thomas Persson, head of technology & systems engineering for climate systems.

One example is the shark fin-shaped antenna on the new Volvo S80. Winter tests revealed that a string of snow and ice formed in its wake on the rear window. The reason was the constant air turbulence that the antenna created, which the rear window's heating elements were unable to combat by keeping the glass free from snow and ice.

"We did not pick up on this in our laboratory tests. Only real-life driving situations and weather conditions can reveal this type of detail," explains Thomas Persson.

"Just as in the case of the antenna, most of the changes we make are not noticed by the customer. And that's exactly the way it should be. For us, our reward comes later. When we meet the car on a cold winter's day and we know that the car's occupants are sitting in comfort and safety in their Volvo," says Thomas Persson.

Keywords:
Special Interests
Descriptions and facts in this press material relate to Volvo Cars' international car range. Described features might be optional. Vehicle specifications may vary from one country to another and may be altered without prior notification.
Media Contacts
Related Images
Jan 21, 2008 ID: 13903 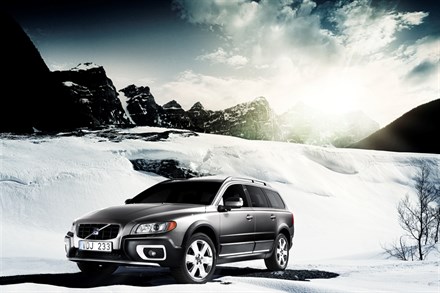 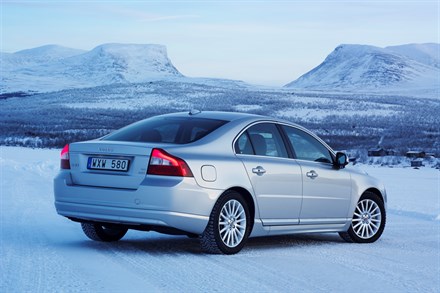