The drive of Volvo and FC Internazionale continues safely

The collaboration between Volvo Car Italy and FC Internazionale is developing satisfyingly and is intensifying.
Having joined the pool of companies that are supporting Italy's championship team in defending the shield, Volvo Car Italy is proud to bear the title of Gold Sponsor.

The partnership comes in a historically important sports season, when the centenary of the Black&Blue company is being celebrated.

As already reported, the collaboration between Volvo Auto Italy and FC Internazionale consists mainly of the supply of vehicles for the various mobility needs of the company and team, the managers, trainers and players.

Based on the agreement, Volvo has therefore completed the supply of vehicles to the Black and Blue company. The most-used model is the Volvo XC90. In fact, coach Roberto Mancini (who has a Sport version at his disposal) and players Burdisso, Cambiasso, Figo, Julio Cesar, Maicon, Maxwell, Nelson, Samuel and Solari drive Volvo's SUV.
Cruz, Pelè and Suazo travel in the flagship Volvo S80 instead, while Zlatan Ibrahimovic has received a Volvo C30 T5.
President Massimo Moratti has also trusted in Volvo for getting around, opting first for an S80 and then for an XC70 Cross Country.

"We are truly satisfied with the partnership with FC Internazionale," stated Michele Crisci. "And not just because this is Italy's championship team. There is so much excitement because of an obvious sharing of values that Volvo and FC Internazionale can boast of. Volvo has a tradition that speaks of integrity; and there is no doubt that, in the often troubled waters of modern football, Inter is synonymous with sports fairness, transparency and loyalty. Volvo has always associated itself with institutions that are examples of high sportsmanship, and we believe that with FC Internazionale we are pursuing this path in the best possible way. In this regard, we owe special thanks to President Massimo Moratti, for the ethics, social commitment through sport, and the style with which he is carrying on a genuine family tradition."

The proximity of principles between Volvo and FC Internazionale is expressed through some strong basic concepts in which both companies recognise themselves: Safety, Reliability, Respect for Tradition, attention to the needs of the Family and to the offerings of the new technologies applied to safeguarding the Environment. Hence these areas constitute rigorous guidelines for Volvo and FC Internazionale for their own actions.

"In essence," concludes Michele Crisci, "a partnership between our two companies seemed logical."

In addition, Volvo and FC Internazionale are two globally known brand names. Volvo is present, appreciated and sold on all continents; likewise, FC Internazionale is - and not just by name - one of the best known and loved teams on the planet.

Volvo active in the world of football and sports
The partnership with FC Internazionale continues and strengthens a commitment that keeps Volvo Auto Italy active in the world of professional football. In fact, in the last three years Volvo's Italian subsidiary has implemented partnerships with clubs like Bologna FC (for which Volvo was jersey sponsor in the second half of last season), Chievo, Udinese and Palermo (in the last three cases, with the role of technical supplier and official carrier).

Volvo has thus been present for a long time in the sports world, nationally and worldwide. After having been a past sponsor of the world's major circuits in Tennis and Riding, for years now Volvo has been promoting large events in Golf and Sailing, with the Volvo Ocean Race (formerly Whitbread Cup), the transoceanic regatta that goes around the world and is today the most difficult trial for a sailor, as the flower in its lapel.

Keywords:
S80 (2007), XC70 (2007), XC90 (2002-2014), C30, Special Interests, Sponsorship
Descriptions and facts in this press material relate to Volvo Cars' international car range. Described features might be optional. Vehicle specifications may vary from one country to another and may be altered without prior notification.
Media Contacts
Related Images
Dec 21, 2007 ID: 13809 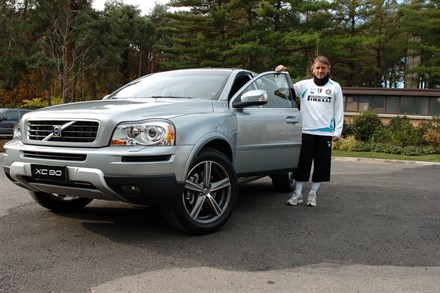 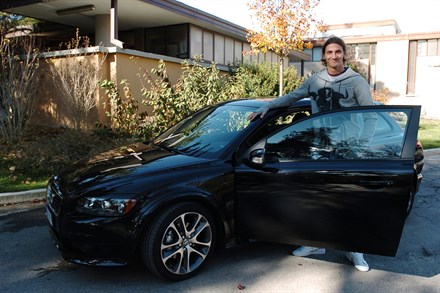