Singapore - Monday, 19 November 2007 - The island nation of Singapore was today confirmed as the Southeast Asian stopover for the Volvo Ocean Race 2008-09 with the signing of an agreement to bring the famous ocean marathon to the resort island of Sentosa.

The city state's selection as the stopover on the marathon ocean race's new route through the Middle East and Asia follows more than six months of negotiations and evaluation. The fleet, which is scheduled to stop over in Singapore in late December 2008, will be based at the new, state-of-the-art One Degree 15 Marina Club, one of Asia's leading marinas.

This will be the first time in the race's 34-year history that the fleet will call in on Southeast Asia and follows the recent announcement of another first - the race finish in the historic Russian port of St. Petersburg.

"It comes at the midpoint and we have had enormous interest from both the sailors and also from companies affiliated with the race in taking the event to such a modern and commercially dynamic city," Troughton said.

Glenn Bourke, Volvo Ocean Race CEO was also enthusiastic about the new stopover. "Singapore is vastly experienced in managing major sporting events and, as a testament to this, has just recently acquired the Formula One Grand Prix. The facilities provided to us by One Degree 15 on Sentosa Island will be world class," he said.

Arthur Tay, director of ONE Degree 15 Singapore Ocean Race Pte Ltd. and chairman of ONE Degree 15, responded:  "We are delighted and indeed privileged to host such a high-profile event like the Volvo Ocean Race, often referred to as the F1 of the sailing world.  Singapore is fast gaining a reputation as an international sailing hub and an exciting lifestyle destination. Now we are all set to welcome the world's fastest ocean racing yachts.  These are truly exciting times for Singapore."

Singapore will stage the second in-port race of the series (the first will be in Alicante, Spain, ahead of the leg one start) and it will provide a dramatic backdrop to the inshore racing.

The selection of Singapore marks another milestone in the 2008-09 iteration of the race after the decision to take the offshore odyssey through Asia.

The race route is nearing finalisation with the offshore start set for Alicante on 11 October, 2008, following an in-port race a week earlier. The race is currently scheduled to last nearly 10 months, covering more than 39,000 nautical miles and visiting up to 12 ports.

The fleet winds up its Asian section in Qingdao, China, home to next year's Olympic sailing regatta, before heading off to South America on its longest and toughest leg, covering more than 12,000 nautical miles. The fleet then heads up the U.S. east coast to Boston and then across the North Atlantic to Galway before visiting Sweden en route to St. Petersburg in late June 2009.

Six boats from the US, Russia, Spain and Sweden have now confirmed for the 2008-09 event which will be the 10th running of the Volvo Ocean Race, the world's premier yacht race for professional racing crews.

Keywords:
Events/Activities, Sponsorship
Descriptions and facts in this press material relate to Volvo Cars' international car range. Described features might be optional. Vehicle specifications may vary from one country to another and may be altered without prior notification.
Media Contacts
Related Images
Nov 19, 2007 ID: 13015 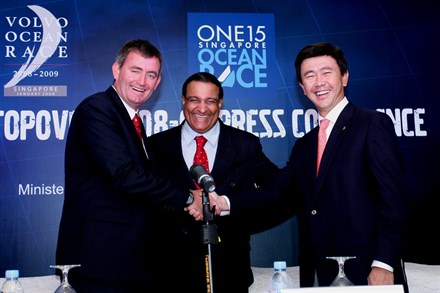 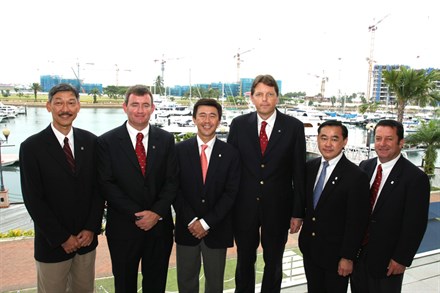