"It has been an awesome weekend! The double pole was the foundation for the double win, I could just go flat out in the races. The team gave me a great car, I wouldn't be on top of the podium without them, so a huge thanks to all of them," said Björk. 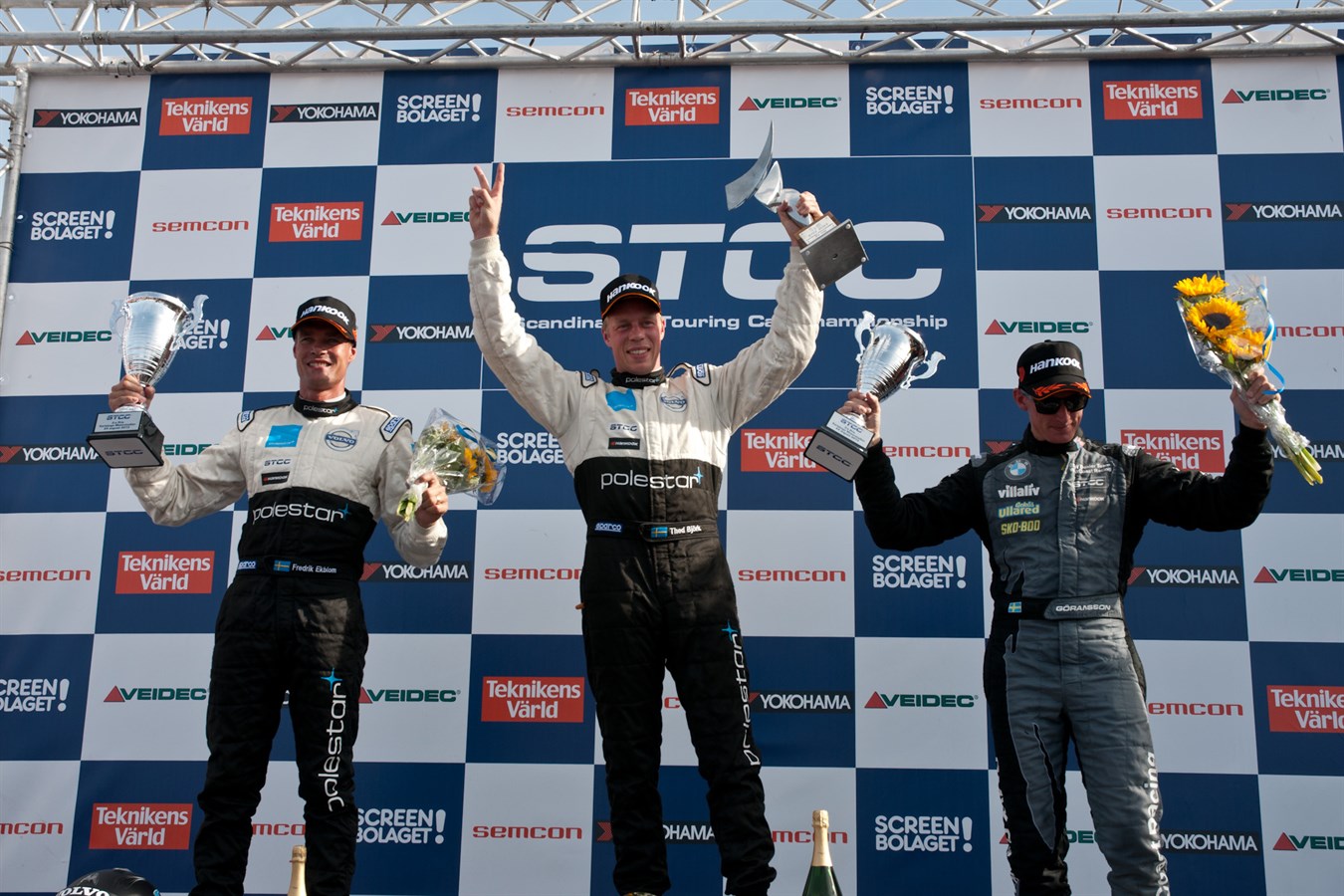 Fredrik Ekblom was second best point scorer after team mate Björk with fourth in the first race and a strong second in the second race after a hard fight with BMW driver Richard Göransson.

"It was a fun second race, I had a good fight with Richard where I came out on top in the end after he gave me a shove in the beginning of the race. The weekend has been good and I am happy with the points," said Ekblom.

The weekend was dramatic for Robert Dahlgren as well where he claimed second in the first race, just eight tenths from Björk over the finishing line, while the second race saw sixth position after an off-track excursion in the early parts of the race.

"I am pleased over second in the first race, good points and a good race. I hit gravel in the second race, pulled on to the circuit by other drivers, and went off, dropping to last position. I was able to fight back to sixth, a result I am not pleased with. We'll fight back at Tierp," said Dahlgren.

Linus Ohlsson secured third in the first race, but had to retire from the second race after going off in the same corner as Dahlgren.

"The first race was alright, it was nice to score my third straight podium finish. The second race was another story unfortunately as I was hit by Göransson in the first corner, dropping several positions. Then I hit gravel in the same corner as Robert and I sustained so much damage that I had to retire. Our pace was very good this weekend, but we didn't get the points from it that we hoped for," said Ohlsson.

Prince Carl Philip Bernadotte crossed the line in 12th position in the first race and had to retire from the second race after getting involved in an incident with three cars on the first lap.

"I am not pleased with the weekend. The first race was okay, but the second race ended on the first lap. That is is just the way it is sometimes in racing and I am already focused on the next race," said Prince Carl Philip Bernadotte. 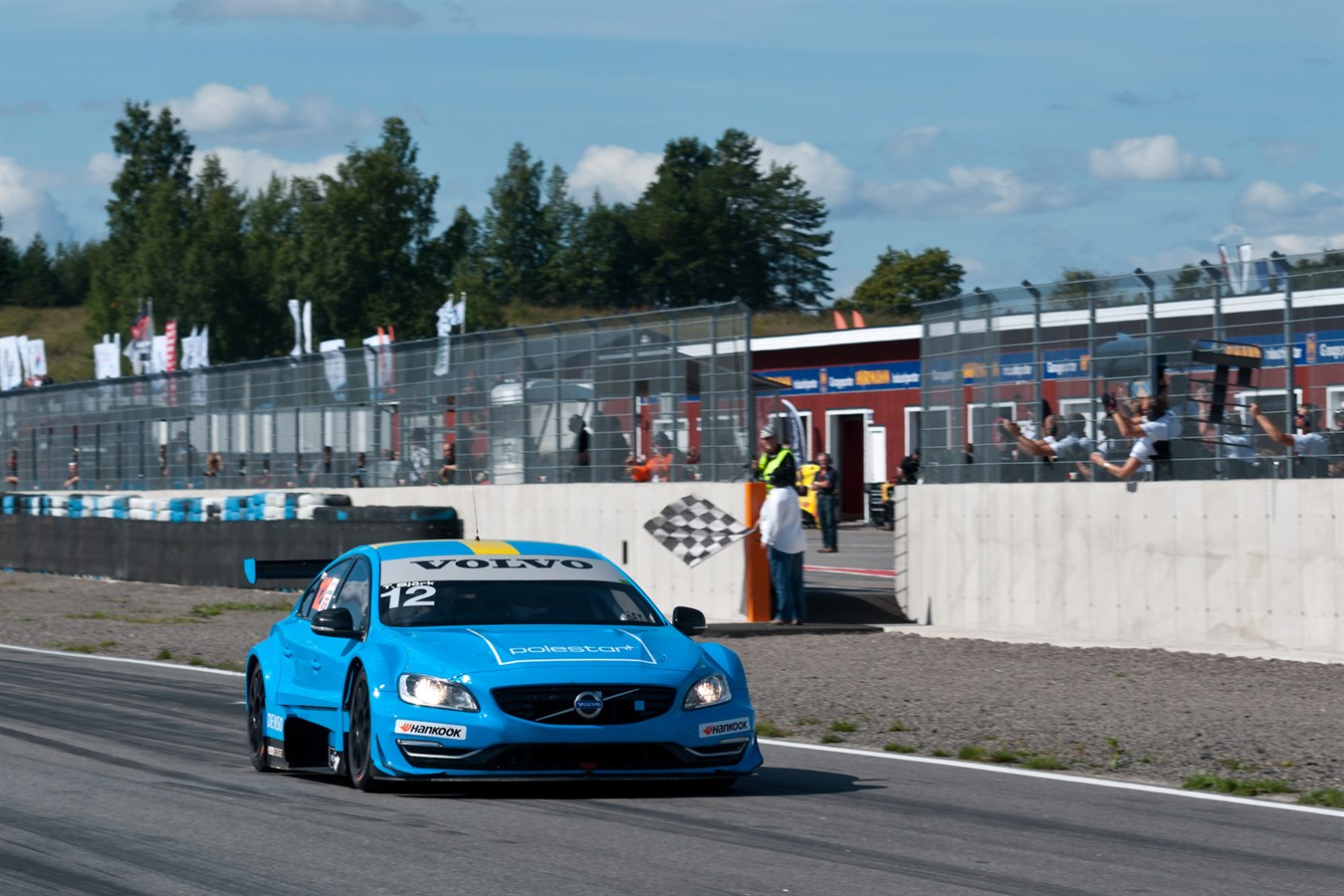 The double victory for Björk means seven victories in nine races and a lead of 69 points over BMW's Göransson with three race heats and 84 points left to fight for.

"We have raced in the STCC since 1996 with a lot of talented drivers and you can't be anything but impressed by Thed's success this year. The victories in the both races this weekend were very important for the season end sprint," said Derek Crabb, Motorsport Director of Volvo Cars.

The championship continues in two weeks at Tierp Arena.

Keywords:
Product News
Descriptions and facts in this press material relate to Volvo Cars' international car range. Described features might be optional. Vehicle specifications may vary from one country to another and may be altered without prior notification.
To view the full copyright information click here
Related Images
Aug 25, 2013 ID: 128837 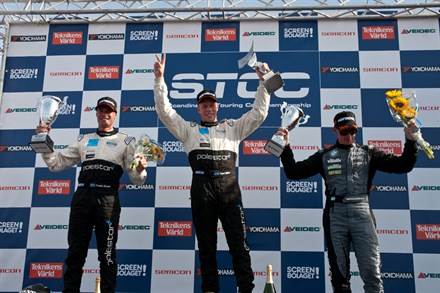 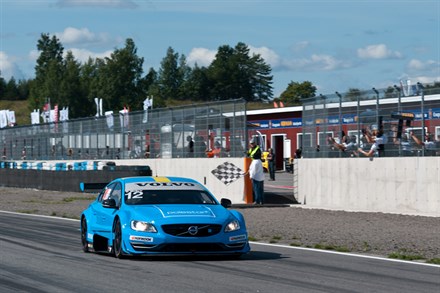