Every driver's nightmare occurred on the way home from viewing a house. The oncoming car on the straight highway strayed onto the wrong side and Patrik Englund had no chance of swerving. The collision was violent but Patrik and his family escaped without serious injury. "Our Volvo V70 kept its promise. I drive the same car model today," says Patrik.

The accident occurred at about 3 in the afternoon on Sunday, 4 March 2007.

Patrik Englund, his partner Emilie and two-month old son Lucas were driving along the highway near Hyssna, some way inland east of Gothenburg, on the way home from viewing a house.

The sun was shining, the road was straight, and the traffic quiet and undramatic. The speed limit was 70 km/h and the road was monitored by cameras.

Patrik noticed that the oncoming car, a small SUV a couple of hundred metres away, started to move closer to the centre of the road.

"I didn't think too much about it initially. Oncoming cars usually adjust their course quite quickly. But when it crossed the centre marking and drove straight at us I realised that things were going very wrong", remembered Patrik.

Patrik slammed on the brakes and almost managed to stop his Volvo V70 before the oncoming car drove straight into the front of his car.

The collision was violent. But the front of Patrik's V70 was deformed and absorbed most of the collision forces - the passenger compartment remained intact.

Patrik in the driver's seat was protected by the pre-tensioned safety belt and the airbag.

He suffered a crack to his twelfth vertebra but was otherwise uninjured. After three months with support for his chest and back he had recuperated.

His partner Emelie was wearing the three-point safety belt in the middle of the rear seat. She suffered a fracture to one of her knees, which hit the centre console between the front seats. Emilie was on crutches for six weeks and has now recuperated.

Little Lucas, then two months old, sat facing backwards in his baby seat that the family had borrowed from the child welfare centre. He survived unharmed apart from a bruise on his arm. Today Lucas crawls around just as quickly and enthusiastically as his little friends.

Patrik Englund's Volvo V70, a 2000 model, ended up on the scrapheap however ... "But I still drive a Volvo V70. You don't take any risks after having suffered such a violent reminder of the importance of choosing a really safe family car," says Patrik.

Volvo Car Corporation works intensively on developing systems that can help prevent this type of accidents.

During the course of 2007, Volvo will be introducing two systems which, if they had been installed in the car that collided with Patrik and his family, could have prevented the car from straying onto the wrong side of the road.

Driver Alert Control monitors the car's movements on the road and warns tired drivers who lose concentration whereas Lane Departure Warning warns the driver when the car strays across the centre or side markers for no apparent reason.

Keywords:
Safety
Descriptions and facts in this press material relate to Volvo Cars' international car range. Described features might be optional. Vehicle specifications may vary from one country to another and may be altered without prior notification.
Media Contacts
Related Images
Oct 29, 2007 ID: 12803 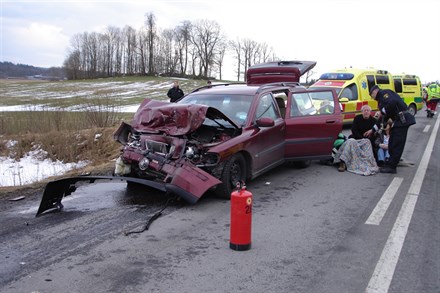 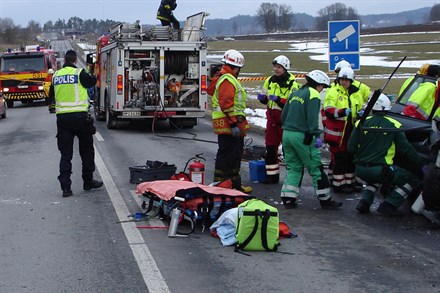 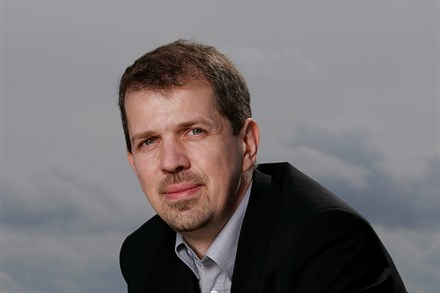