Thed Björk defied the spectacular crash in Friday's test session and secured a superior victory for Volvo Polestar Racing in the STCC Östersund Airport Race. "I just pulled away, the car was perfect. There are not words enough for me to describe the team's effort after the repair of the car last night," said Björk. 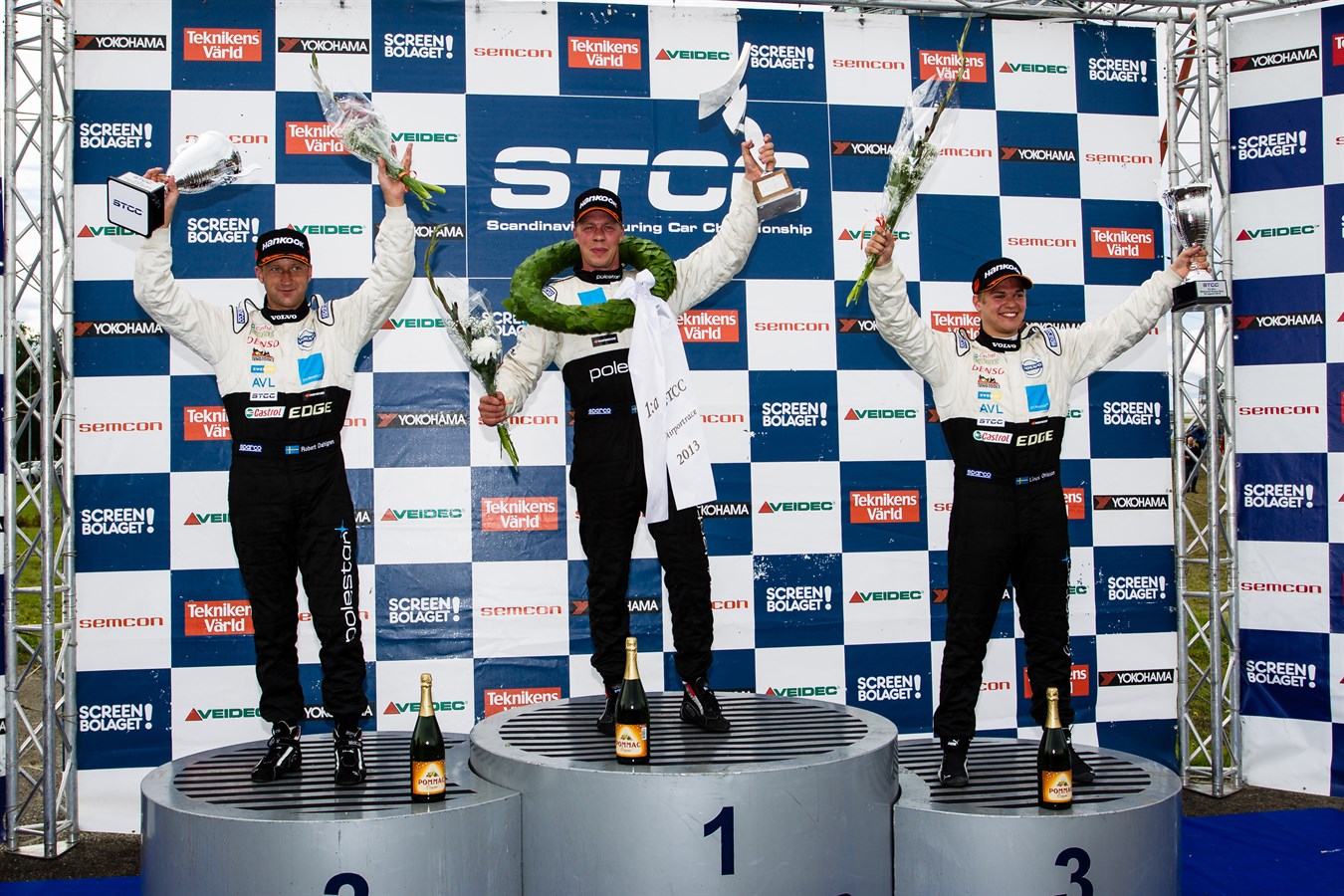 The mechanics of the team worked though the night with repairs on Björk and Linus Ohlsson's car as the both crashed after hitting oil on the track in the Friday test session. The result of the repairs could not have been better as Björk took pole position and won the race in style.

"I am in the best form of my life and things are really going our way now. But we are far from on the safe side yet, we have three race weekends and five heats left, a lot can happen still! I am longing to the next race on my home grounds in Karlskoga," said Björk.

Robert Dahlgren crossed the line in a strong second place after a hard fight throughout the race. The Volvo Polestar Performance driver started third but was able to pass BMW driver Richard Göransson in to the first corner. Not long after that, a hard fight developed between the two. Göransson retook second, but was not able to resist Dahlgren's attack as he had got the temperature up in his tyres.

"I hadn't warmed the tyres enough ahead of the race and couldn't fend off Göransson. But when I finally got the temperature up, the car was very fast. I gained on Björk in the lead and set the fastest lap of the race. I am for sure pleased with the weekend," said Dahlgren.

Linus Ohlsson secured third after fighting hard to follow Dahlgren up through the field. The 22-year-old passed both Fredrik Larsson and Göransson to secure his second straight podium finish this year.

"It was nice to secure a new podium finish. The race was good fun to drive, I had to fight hard and the car was really fast," said Ohlsson.

Fredrik Ekblom had a tough start where he dropped two positions. He had to fight hard after that to climb back up and crossed the line in fourth after having passed Göransson in the final stages of the race.

"With a troublesome qualifying session and a poor start, the chance of fighting for the lead disappears. That is the way it is, but the weekend has overall been good for my part and really good for the team," said Ekblom. 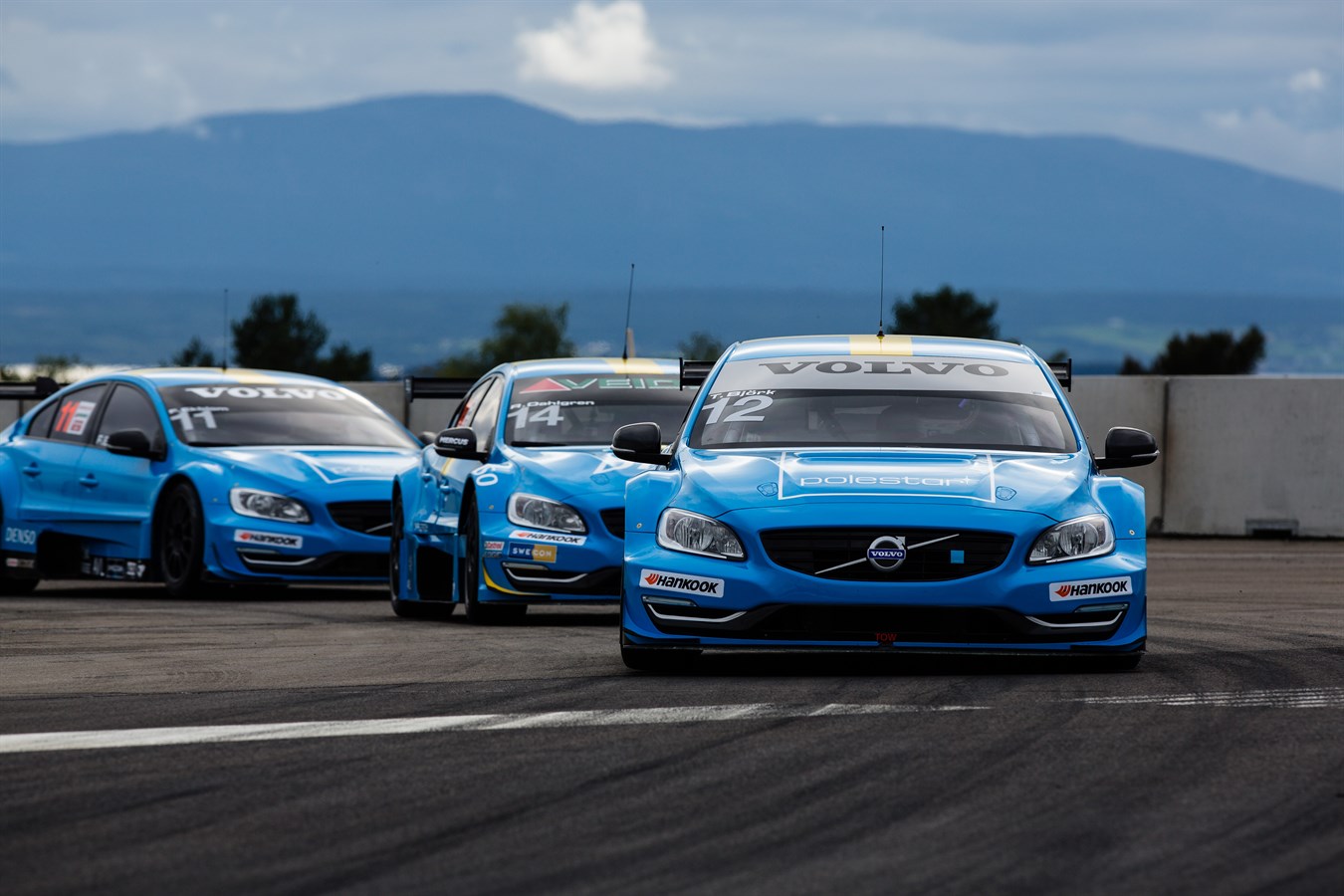 Björk extended the lead of the drivers' championship to 38 points over Göransson while Dahlgren closes in on Göransson for second, only nine points separates the two. Volvo heads the manufacturers' championship in 301 points ahead of BMW on 194 points.

"This is a race we are going to remember for long, with such a strong effort by the team to turn around the difficult situation after the test with two crashed cars. Two cars that the day after are on top of the podium," said Derek Crabb, Motorsport Director of Volvo Cars.

Keywords:
Product News
Descriptions and facts in this press material relate to Volvo Cars' international car range. Described features might be optional. Vehicle specifications may vary from one country to another and may be altered without prior notification.
To view the full copyright information click here
Related Images
Aug 10, 2013 ID: 124585 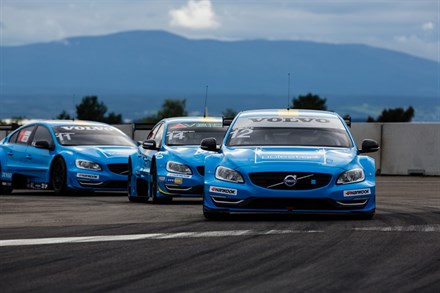 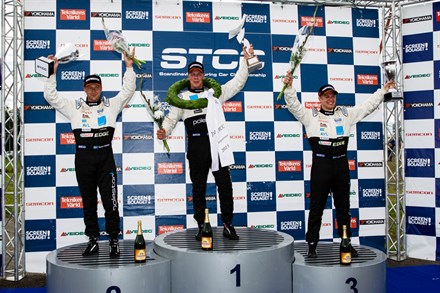