This will be the first time in the race's 34-year history that the fleet will visit a Russian port and follows the confirmation in late May that Russia will have its own entry in the race backed by St Petersburg businessman Oleg Zherebtsov.

Volvo Ocean Race CEO Glenn Bourke, who was in St Petersburg for a press conference announcing the agreement with City Governor Valentina Matvienko, said it had long been a goal to take the race finish to Russia's second largest city.

"To finish this event in a city so full of culture, heritage and historical intrigue will make a spectacular finale," he said.

Matvienko said she was confident the race finish would be successful. "St. Petersburg has the experience and knowledge to organize guests and race participants at the highest level. St. Petersburg is rightly considered Russia's sailing capital and the race finish here will enhance that reputation," she said.

The selection of the Baltic port of St Petersburg marks another milestone in the 2008-09 iteration of the race after the decision to take the marathon offshore odyssey  through the Middle East, Southeast Asia, India and China .

The race route is nearing finalisation with the offshore start set for Alicante, Spain, on 11 October, 2008, following an in-port race a week earlier. The race is currently scheduled to last nearly 10 months, covering more than 39,000 nautical miles and visiting up to 12 ports.

The fleet winds up its Asian section in Qingdao, China, home to next year's Olympic sailing regatta, before heading off to South America on its longest and toughest leg, covering more than 12,000 nautical miles. The fleet then heads up the U.S. East Coast to Boston and then across the North Atlantic to Galway before visiting Sweden en route to St Petersburg in late June 2009.

"Russia has made tremendous steps in the last few years in its capacity to host major sporting events and recently won the right to host the 2014 Winter Olympics in Sochi," Bourke added. St Petersburg also recently announced that it would bid to host the 2020 Summer Olympics after losing out to Athens as the venue for the 2004 Games.

The race now has six confirmed entries with crews racing aboard the Volvo Open 70, the world's fastest monohull racing yacht. The new route will provide huge challenges in physical and mental endurance as well as technology.

Keywords:
Life Style, Events/Activities, Special Interests, Sponsorship
Descriptions and facts in this press material relate to Volvo Cars' international car range. Described features might be optional. Vehicle specifications may vary from one country to another and may be altered without prior notification.
Media Contacts
Related Images
Oct 04, 2007 ID: 12561 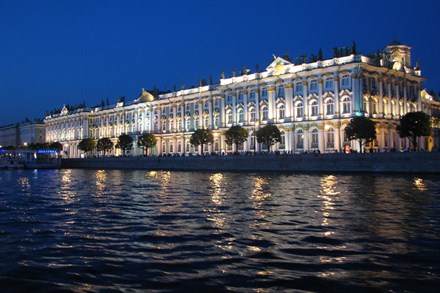 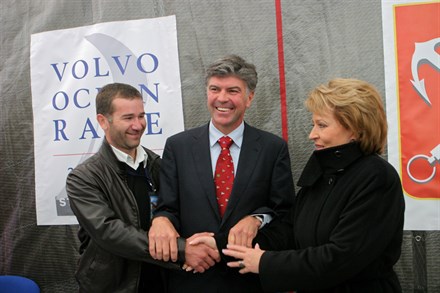