With a high-tech aluminium-look exterior and a 350 hp bioethanol engine, the S80 High Performance Concept is destined to be a true attention-grabber at the SEMA show in Las Vegas.

"We wanted to explore how far we could take a special high-performance version of the S80. Heico Sportiv's impressive track record in motor sports and Volvo tuning made them the perfect partner for the job," says Lex Kerssemakers, Senior Vice President Brand, Business and Product Strategy at Volvo Cars. He adds:

"Personally, I think the result is absolutely stunning. Both when it comes to the exterior and interior design as well as the impressive muscle under the bonnet."

The turbocharged T6 engine has been modified to run on E85 (85 percent bioethanol,15 percent petrol) - a biofuel that is becoming increasingly widely available throughout Europe.

"The engine development is not yet finalized, so we hope to reach an even higher horsepower figure when the car is ready for SEMA," says Heico Sportiv's president Holger Hedtke.

All Wheel Drive and sports suspension

"When it comes to the driving experience, we aimed at tuning all the components so we get
a dynamic yet harmonious result. In other words, a true sports car experience without losing

the luxurious and comfortable touch that is the hallmark of the S80," says Holger Hedtke.

"To bring out the shiny, "real metal" effect was a major challenge. This type of paint is normally not used to cover a whole car. All told, the bodywork features seven coats of paint. The coat that gives the aluminium effect doesn't allow any touch-ups afterwards, so you have to get it right from the beginning. The whole process takes two weeks," says Holger Hedtke.

All other parts, such as the tailpipe trim, window mouldings, front grill and rub strips are coated with matte finish black chrome.

All body parts are handcrafted. The car's body kit has redesigned wide skirts all round.

The exhaust system is made of stainless steel throughout and the exhaust tailpipes are integrated into the wide rear spoiler. There is also a rear deck spoiler.

The bespoke interior has full high-quality leather in Mystic Blue with matching blue stitching and Heico Sportiv logo, both on the sport-contoured front seats and the two individual "bucket" seats
in the rear. The safety belts and floor-mats are also blue.

There is a sports steering wheel trimmed in leather and a leather-trim gear lever with a silver carbon accent.

The extended floating centre stack is covered with silver carbon fibre. The centre stack also features integrated controls for the rear seat entertainment system and a storage space with

a handmade blind. All decorative trim elements are made of silver carbon fibre.

The Hedtke Volvo dealership in Weiterstadt, Germany, opened in 1989.

The company entered the motor sport scene in 1995 and over the years Heico Sportiv has developed one of the world's most exclusive tuning programmes based on Volvo cars.

"We are very pleased that Volvo Cars has given us the opportunity to design a concept car that profiles the sporty emotions of the brand and still remains true to the company's core values.
Just like the C30 "Camo" we designed for SEMA last year, the S80 High Performance Concept represents the very best of our long experience of Volvo tuning and motor sports," says Holger Hedtke.

The SEMA (Speciality Equipment Manufacturers Association) show in Las Vegas is open between 30 October and 2 November 2007. SEMA is the biggest automotive specialty products trade event in the word.

Keywords:
S80 (2007)
Descriptions and facts in this press material relate to Volvo Cars' international car range. Described features might be optional. Vehicle specifications may vary from one country to another and may be altered without prior notification.
Media Contacts
Related Images
Sep 10, 2007 ID: 12340 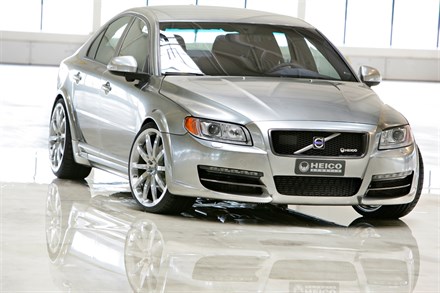 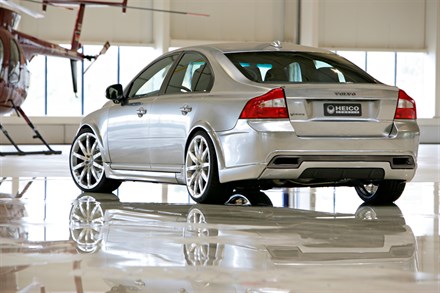 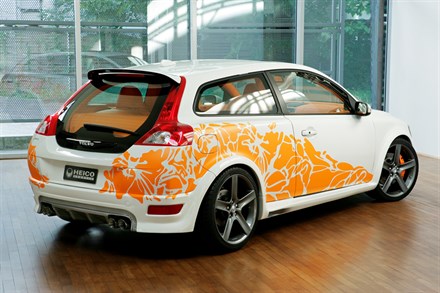