Volvo Cars is the first car manufacturer to launch an innovative feature aimed at helping to reduce the number of road accidents caused by drink-driving. Alcoguard is a fully integrated in-car alcolock that utilises advanced fuel-cell technology, a solution that is both user-friendly and reliable.

"Alcoguard is a tool whose purpose is to help the driver make sober decisions. At present, one in every three traffic fatalities in Europe is alcohol-related. Our three biggest challenges for creating a safer traffic environment are speeding, insufficient safety belt use and drink-driving. The aim of our product is to help reduce the number of accidents caused by vehicles with a drunk driver at the wheel," says Ingrid Skogsmo, director of the Volvo Cars Safety Centre.

Alcoguard will be available as an option on the Volvo S80, V70 and XC70 from the start of 2008, and by next summer it will also be available on the company's smaller car models. Sales of about two thousand units are expected a year, and this figure is expected to increase as time goes by. Sweden is today the biggest market for alcolocks but Volvo Cars will also offer the system in the rest of Europe and in the USA. The company-car sector, taxi operators, state authorities and municipalities will probably be the foremost customer groups, although the enhanced user-friendliness means that private car owners will also be potential customers.

Alcoguard utilises fuel-cell technology - the very same technology that is used by most police forces in Europe. Before the car can be started, the driver has to blow into the wireless hand-held unit. This unit is the size of a small remote control and it is stored and charged in a compartment behind the centre console. The driver's breath is analysed in the hand-held unit which then transmits the results via radio signal to the car's electronic control system. If the blood-alcohol limit of 0.2 g/l is exceeded, the engine will not start. Thanks to advanced sensors, it is not possible to use external air sources such as a pump to cheat the system.

"Fuel-cell technology is more expensive but it also produces far better results. Unlike semi-conductors, for instance, fuel-cells only react to ethanol and nothing else. In the fuel-cell, the ethanol molecules pass through a sensitive membrane and an electrical current is generated. This current is then measured. Higher current means more alcohol in the driver's breath," says David Nilsson, Technical Project Manager for Alcoguard at Volvo Cars.

The results of the breathalyser test are shown via three LEDs in the hand-held unit.

Red: more than 0.2 g/l alcohol, the car's engine will not start

The car's information display shows messages to help the driver in the system's usage, for instance to indicate if the test was approved or if the driver needs to exhale longer into the hand-held unit. The breathalyser results are stored for 30 minutes after the engine has been turned off, so the driver does not need to repeat the procedure every time he stops for a short while. The preset limit of 0.2 g/l has been chosen to meet Swedish legislation. On markets with other limits, the Volvo workshop can alter the setting. Calibration and battery replacement in the hand-held unit are carried out together with the car's regular servicing. If the next purchaser of the car does not wish to use the system, it is easy for
a dealer to remove it.

The hand-held unit is wireless, which makes it possible for the driver to remove it from the car. Although it will always give an accurate measurement of blood-alcohol level no matter where it is used, it is only if it is within ten metres of the car itself that the hand-held unit can communicate with the vehicle. At room temperature, the system warms up within five seconds and in order to reduce waiting time, heating is activated as soon as the car is unlocked. In order to ensure that Alcoguard also works in extremely cold and hot climates, the accompanying power cable should be used.

"We have aimed to make as convenient and user-friendly a solution as possible. The technology should require as little extra work as possible from the driver. The easier the system is to use, the greater the number of people who will use it," says David Nilsson.

Alcoguard should be seen as a supporting system. It is always up to the driver to make decisions based on up-to-date information from Alcoguard. For emergency situations or if the hand-held unit is lost, there is a bypass function that can be activated. There are two alternatives for activating this function:

1. bypass is possible an unlimited number of times, or

2. bypass is only possible once.

Changes to these settings must be carried out by a Volvo workshop. There the system can also be reset if the bypass function has been activated. Every time this is done, the information is logged in the car and only the owner has access to this information.

This is the first time Volvo Cars is launching its own integrated alcolock. For two years now Volvo Cars has been offering retro-fitting of alcolocks manufactured by external suppliers. Development of the new Alcoguard benefits from the fact that the technology has become cheaper, more accurate and more compact. Its development was also carried out in close consultation with various public authorities, insurance companies and other relevant parties to ensure a truly good solution. The project has been partly financed by the Swedish Road Administration's "Skyltfonden" * (personalised number plate fund) programme.

"In the future, we will hopefully avoid alcohol-related traffic accidents. However, that requires not just good technology but also a change in the general attitude to alcohol and driving. In order to promote the use of alcolocks, we feel that an initiative such as a lower purchase price or a reduction in insurance premiums for cars equipped with the system - which might help prevent drivers from getting behind the wheel while intoxicated - is a good idea," concludes Ingrid Skogsmo.

* Skyltfonden provides financial support for developments in the area of traffic safety. Funds for Skyltfonden come from the fees that car owners pay for personalised registration plates. 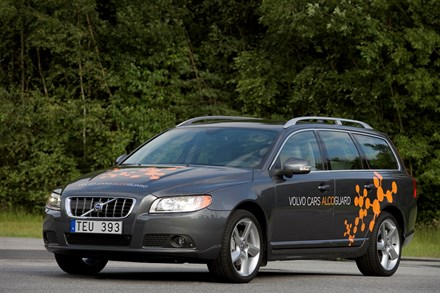 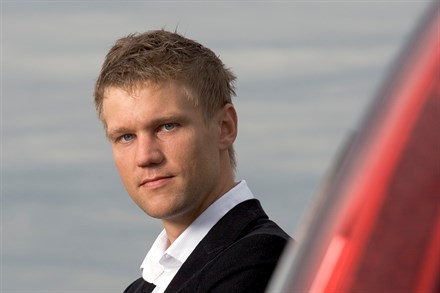 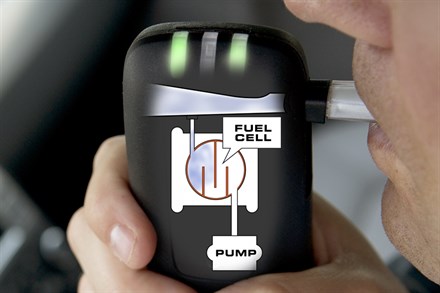