Volvo Cars will double sales in China in 2007

Volvo Cars did particularly well in China in 2006, with sales volumes growing to more than 7,000 units.

"We almost doubled our sales volume in 2006, and our aim is to do the same again in 2007," says Fredrik Arp, President and CEO of Volvo Car Corporation.

"To us, China is the most exciting car market in the world. It is a vital part of our growth plans, and we believe that in the next 5 to 10 years China will move up to second place in Volvo Cars' sales chart," says Fredrik Arp.

"It's a great honor to host President Hu Jintao during his visit to Sweden and Volvo. This will give us an excellent opportunity to inform him about our cars and our plans on how to strengthen our presence in the Chinese market", says Fredrik Arp.

Local S40 production according to plan

Volvo has taken a big step in that direction by starting production of the S40 at Changan Ford Mazda's factory in Chongqing. The first S40s rolled off the production line in the middle of July last year and by the end of 2006; around 4,000 Volvo S40s had been produced in Chongqing. All locally produced cars are sold in China.

In 2007, Volvo Cars is aiming for an annual local production volume of approximately 8,000 units.

"The launch of the S40 produced in China has been successful, both from an industrial point of view as well as from a commercial angle. After working with Changan Ford Mazda for almost two years, we have ensured that their factory, through cooperation with our own experts, meets our high demands regarding Volvo quality. A Volvo must be a Volvo car in all aspects, no matter where it is produced," says Fredrik Arp.

The luxury S80 sedan and the luxury XC90 SUV are the two important models in China. In 2006, they accounted for more than half the total sales volume and the new versions of these top-of-the-line cars have made them even more attractive.

The refined XC90, first shown in China at Shanghai Motor Show earlier this year, will also move Volvo upward in the premium segment. In order to make this successful model even more attractive, the sensation of luxurious passenger-car comfort has been enhanced further still.

"Being able to offer both models with a V8 engine gives us a much better position in our quest for the most discerning car buyers," says Fredrik Arp.

The new C30 will be introduced to the Chinese market in the second half of this year. It will attract new, younger customers who want a car that offers an exciting design and is fun to drive.

"Both the sporty C30 and the C70, with its exciting looks and spectacular three-piece hardtop, will be great image drivers for us in China this year," says Fredrik Arp.

At the moment, Volvo Cars' 50 dealers in China are upgrading to expand business in their areas. Over the past 12 months, 20 new or revamped Volvo showrooms have opened their doors.

"The expansion in China will continue and further 20 new dealerships will follow shortly," says Fredrik Arp.

Keywords:
Facilities, Corporate, Manufacturing
Descriptions and facts in this press material relate to Volvo Cars' international car range. Described features might be optional. Vehicle specifications may vary from one country to another and may be altered without prior notification.
Media Contacts
Related Images
Jul 04, 2006 ID: 10102 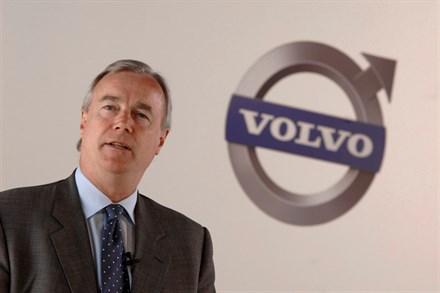 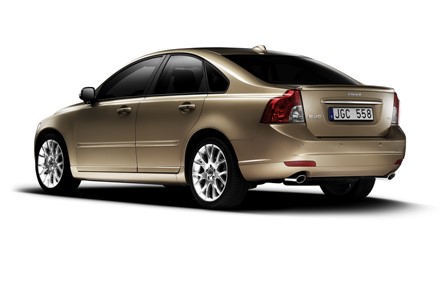