In the 1967 Volvo, children could sit safely in the front

Volvo was focusing on the issue of child safety in cars as far back as the 1960s. The company's efforts resulted in 1967 in a pioneering safety solution whose principles still remain the basis for Volvo Cars' approach to child safety and safety-related products to this very day, 40 years later.

Small children should ride facing the rear in cars, according to Volvo Cars safety experts and independent traffic-safety researchers alike. The highly realistic collision tests that form the basis for this statement show without exception that the chances of a small child surviving a collision without serious injuries are far higher when facing the rear of the vehicle.The first child seat designed for fitting in the front seat with the backrest resting against the instrument panel was developed by laboratory technician, subsequently Professor, Bertil Aldman at what was then the Swedish Traffic Safety Council. This seat was of universal type and could be fitted in most cars.  Based on these premises and in close cooperation with Professor Aldman, Volvo Cars continued its work and in spring 1967 Volvo showrooms were able to unveil the new specially developed child seat.

The reversible seatThe new child seat was a clever design that was based on the car's passenger seat. By unscrewing the seat and reversing its direction, the basis for the child seat was created and this was then supplemented with a specially padded backrest panel with attached securing straps and a safety harness for the child.The job of the backrest panel was - just as in all subsequent child seats - to keep the child securely in place inside the car, to distribute incoming forces as uniformly and as effectively as possible across the child's back in the event of a collision, and to support and protect the child against impact from the side. Very forward-thinking indeed, bearing in mind this was back in 1967.

Young and old alikeThe seat was primarily intended for children aged 1 to 7 but it could also serve as an infant insert. The foot section was placed against the backrest and the seat belt was secured around the insert. Older children and even adults could ride temporarily in the seat without having to remove the special backrest panel, although in such cases Volvo recommended that the seat be equipped with a head restraint owing to the proximity of the windscreen.The solution was intended for what was then the all-new Volvo 144 and the Volvo Amazon as of model year 1964/65. It was easy to reverse the seat - four bolts had to be undone and then retightened once the seat had been turned, a job most people could do in a few minutes.The backrest panel, which was made of sturdy aluminium, was included in the 1967 catalogue of Genuine Volvo Accessories and it cost SEK 115 in Volvo showrooms.

Pioneering effortIt's easy to see that developments have truly forged ahead over the years, but the basic principles are still the very same today. A child seat that provides safe transport for small children, with all the advantages this offers in addition to the purely safety-related benefits, is a natural requirement today but was far from obvious back in the 1960s. Back then, there weren't even seat belts in all cars, and the rear seat, whether fitted with belts or not, was regarded as a safe place for transporting children. Thanks to pioneers such as Bertil Aldman and Volvo Cars, years of dedicated work, conviction and determination have saved countless lives and boosted public awareness the world over on how best to ride safely in cars - for young and old alike.

Keywords:
Safety, Historical
Descriptions and facts in this press material relate to Volvo Cars' international car range. Described features might be optional. Vehicle specifications may vary from one country to another and may be altered without prior notification.
Media Contacts
Related Images
Apr 12, 2007 ID: 11378 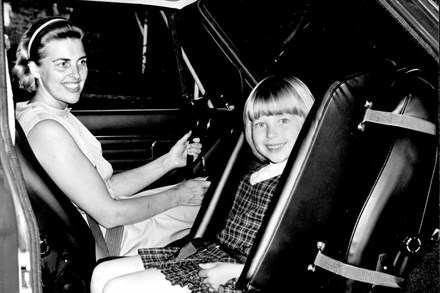 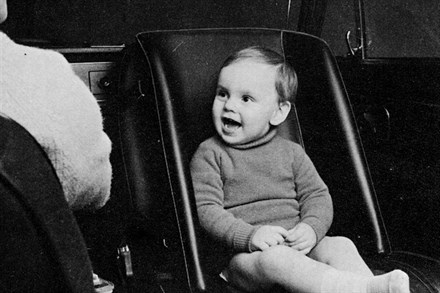