The Volvo Car Corporation has always strived for highest possible quality. The manufacturing process, including production of components, steel pressing, body construction, surface treatment and final assembly, is characterized by the use of high technology solutions. Quality is also added by close cooperation with the company's sub contractors.

The production is mainly directed by the customer's orders, since one of Volvo's selling points is to let the car buyer decide as much as possible over his or her new car's specifications and looks. This requires very high levels of manufacturing flexibility and accuracy. Components from sub contractors are delivered just in time and an advanced computer system directs the right parts to the right assembly stations.

The all new convertible Volvo C70 is produced in the Uddevalla factory which is operated since October 2005 by Pininfarina Sverige AB - a company jointly owned by Volvo Cars (40%) and Pininfarina SpA (60%).

There are also assembly units in Thailand, Malaysia and China. Assembly of Volvo cars started in China 2006.

During spring 2006 has the assembly of Volvo cars in South Africa ceased.

In Sweden, components are manufactured at Volvo Cars' plants in Skövde (engines), Olofström (body components) and in Floby (connecting rods and brake discs).

*As from 2004 we report produced cars = cars allocated to the market.

Keywords:
Corporate, Manufacturing
Descriptions and facts in this press material relate to Volvo Cars' international car range. Described features might be optional. Vehicle specifications may vary from one country to another and may be altered without prior notification.
Media Contacts
Related Images
Aug 25, 2005 ID: 9331 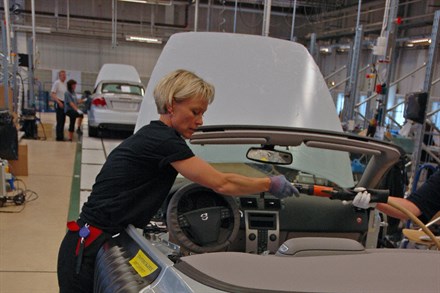 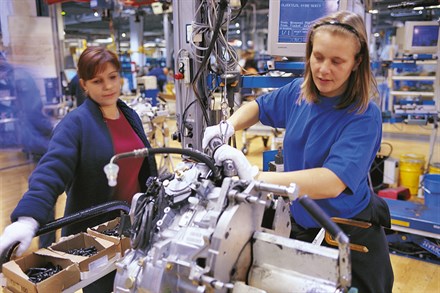