Hobbies: Being with my family, travel and keeping fit. Would like to learn to sail while living in Gothenburg.

Stuart Rowley grew up in a village in Staffordshire, England. He was educated in the English state-school system, where his talent for maths, physics and chemistry soon became evident.

He was brought up in a traditional family – his mother was a housewife and his father was an Engineer in the Power Generation industry.

A student exchange scheme took him to Austria for the first time at the age of thirteen. This first trip abroad whetted his appetite for travel, and he returned to Austria or Germany every year until the age of 18. By his early twenties he found he could speak 'reasonable' German.

Stuart Rowley's love of nature and the outdoors also began early. As a teenager, he used to go on fell-walking and hiking trips with friends in the English Lake District and the Scottish Highlands.
At school his academic ability soon became obvious. At the end of secondary school he won sponsorship under one of Shell’s undergraduate trainee schemes for the full three years of his first degree course.
At the age of 19 he also took his first summer-holiday job with Shell. This was on an oil rig in the Netherlands.
“It was very ‘hands-on’, physical work. A tough job, but it taught me a lot and was excellent experience,” says Stuart Rowley.

At the end of his second year at university he could have taken a holiday job offered to him in the City of London. But instead he chose a more adventurous alternative: working on a Zinc mine in north-eastern Canada.
Completing his degree with a 1st Class (Hons.), he had to decide whether to go into mining or to pursue a new career direction.
“I wanted to be part of a management team,” says Stuart Rowley. “I looked into the career openings available, but decided instead to do an MBA at the Manchester Business School.”
This was a big step for a young man, particularly because this time he had to finance his studies with a bank loan. He was the youngest of all the 110 students in his course.
“It was very challenging,” he says. “It was the hardest work I ever undertook at college. I learned how to think under pressure and also that teamwork is essential. It’s the best way of working.”

In spite of all the hard work, he really enjoyed student life in Manchester. There, too, he met the woman who was later to become his wife.
Now with two degrees to his name, at the end of his MBA course he had to make up his mind about the next move.
“I didn’t want to go into banking or consulting. I wanted to be a part of an industry that makes something – produces something,” he recalls.
Ford seemed to be the perfect answer. It was certainly a manufacturing company, and – equally important – it was a global employer. And Ford also recognised the value of his MBA.

His first boss at Ford of Europe was Derek Morrison (the man from whom he he took over as head of Finance at Volvo Cars).

Stuart Rowley was to spend four and a half years with Ford of Europe. His responsibilities at various stages involved vehicle pricing, manufacturing finance. He then spent three and a half years in Product Development/Finance, spending time in Cologne although still based in the UK.

He got married in early 1994, then only ten months later he took his first Ford Motor Company placement abroad.
He and his wife moved to the US in December 1994. He was now Product Development Finance Manager for the Global Cycle Plan at Ford Automotive Operations.
“It was very exciting. I was working seven days a week!” he says. “For 18 months, I was at the heart of everything.”
But he still felt he wanted to take on a challenge like running a whole operation for Ford.
An opportunity of precisely this kind came along at Ford Asia Pacific in 1996, involving new operations and markets in countries including India, Malaysia, Turkey and South Africa.

Then in January 1998 Stuart was appointed Finance Director at Ford Philippines. He, his wife and their first child moved to Manila.
Although it was only a small operation to begin with (Stuart was the seventh to arrive), within two years they had bought land, built a CKD assembly plant, established a dealership network and set up a credit company.
“The business became profitable in my first full year there – 1999. It was a fantastic experience – having responsibility for profit or loss, and sharing responsibility for most other things too. I really enjoyed those two years.”
Then one day he received a phone call from his boss. “Would you be prepared to move to Australia?” Stuart was prepared.
While his wife returned temporarily to Manchester for the birth of their second son, Stuart packed up and moved to Melbourne. Here he became Vice President, Finance, of Ford Australia in January 2000.

This time he had the chance to help turn an operation around. In the course of his four-and-a-half year stint in Australia, Ford was to launch the acclaimed BA Falcon – Australian “Car of the Year” in 2002.
He and his family loved Australia, but then opportunity knocked again. This time it was the chance to be at the heart of a unique brand – Volvo Cars.
It was an opening he could not resist. So he and his family have once again packed up their belongings, this time swapping life in Melbourne for life in Gothenburg.
“I like cars. I think Volvo cars are clean, safe, and have great looks,” says Stuart. “I think you need to like what you do, to do a really good job.”

When asked what he thinks matters most in a job, Stuart Rowley pauses for a moment, then says:
“I like to do things well and I like to succeed. I enjoy each new challenge, but I think I’m quite good at switching off from work when I’m at home with my family.”

Keywords:
Volvo People
Descriptions and facts in this press material relate to Volvo Cars' international car range. Described features might be optional. Vehicle specifications may vary from one country to another and may be altered without prior notification.
Media Contacts
Related Images
May 26, 2009 ID: 19572 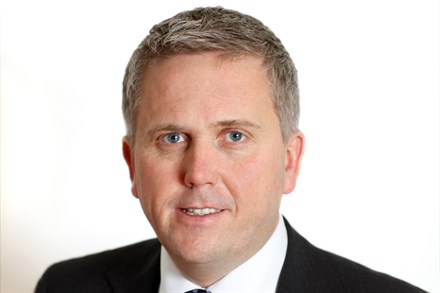 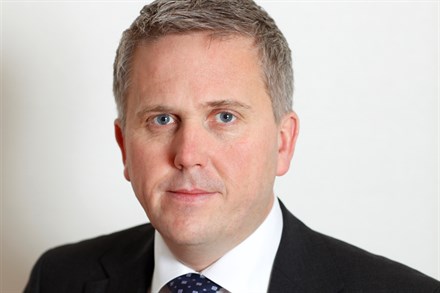