Launch
The current Volvo V70 was launched in spring 2000 as the second generation of the V70 model. It was developed to secure Volvo’s position as a leading manufacturer of medium and large estate cars. The Volvo V70 followed the new, rounder design language that was introduced with the Volvo S80. In addition to offering exceptional versatility, the new estate car was designed to be as attractive and comfortable as a sedan model.
Business project manager: Lars Erik Lundin

Design
Five-door estate car.
The Volvo V70 has a gently rounded nose section, a roof line that extends straight all the way to the rear of the car and an abrupt tail section. These lines are a deliberate synthesis between distinctive appearance and practical function, creating a very spacious and convenient luggage area. The tail lamps follow Volvo’s modern form and sweep up towards the roof panel. The body, haunches and track are far wider than in the previous V70 model, in order to promote a more powerful stance, reassuring driving manners and a spacious interior. Thanks to Volvo’s powertrain concept based on a transversely installed in-line engine, the driver’s compartment has been able to be located far forward. As a result, the passenger compartment benefits from generous length, offering plenty of space for five occupants and bulky luggage. Each passenger seat features a fold-flat backrest. The rear seat is split 40/60. With the seats folded down, the load compartment floor is entirely flat.

Safety
Volvo Cars adopts a holistic view of safety that encompasses both Preventive and Protective safety.
Preventive safety is closely linked to the car’s driving properties. The body of the Volvo V70 features immense torsional rigidity and the car has a sturdy chassis, a combination that results in consistent, predictable behaviour on the road (see also under “Powertrain and Chassis”).

Volvo Cars has developed various information systems designed to help the driver while on the move. One such system is IDIS (Intelligent Driver Information System) which for instance delays incoming phone calls in complex traffic situations that require the driver’s undivided attention. Protective safety in the Volvo V70 is structured around a network consisting of exterior and interior safety systems that interact with one another to reduce the risk of occupant injury in a collision. The exterior systems have the task of distributing and absorbing incoming collision forces so that the passenger compartment remains as intact and undamaged as possible. The body is therefore built in the form of a metal cage where all the components interact with one another to ensure controlled deformation. The interior safety systems aim to keep the passengers securely in place and also to reduce the risk of serious injury. In order to provide the most effective protection possible, Volvo Cars has developed a number of in-house systems, such as WHIPS (Whiplash Protection System), SIPS (Side Impact Protection System) and IC (Inflatable Curtain). All are fitted as standard in the Volvo V70. What is more, all five seats are equipped with three-point inertia-reel seat belts, belt pre-tensioners and head restraints. The highest possible safety requires that all the car’s occupants always use their seat belts.

Powertrain and chassis
The engines in the Volvo V70 are five-cylinder, transversely installed in-line units. A five-cylinder engine gives low vibration and smooth operation. Together with large displacement, the five-cylinder configuration provides high torque across a broad rev band, and thus also swift acceleration and excellent driveability within a wide speed range.

The Volvo V70 T5 is the top model, featuring a turbocharger and a six-speed gearbox. The engine range also includes diesel engines with particle filters, and the environmentally optimised Volvo Bi-Fuel which can be run on methane or petrol.

The chassis, with spring struts at the front and Multilink axle at the rear, is set up for stable, reassuring driving manners and alert steering response. The Multilink rear axle is an independent rear suspension system featuring a number of links and it is designed to offer a good combination of controlled wheel movements and high ride comfort. Some of these links have the task of providing a certain degree of anti-skid steering effect. A long wheelbase and wide track, together with a very torsionally rigid body, contribute to the predictable, controlled driving manners.

Volvo’s advanced DSTC (Dynamic Stability and Traction Control) stability-enhancing system is fitted as standard. DSTC cuts in and helps stabilise the car if it registers any tendency to skid. An active chassis with advanced Four-C technology is available as an option. With this system, the chassis settings are adjusted automatically to suit the current driving conditions, thus improving both handling and ride comfort. Two alternative chassis settings are programmed into the system. At the touch of a button, the driver can thus alter the car’s behaviour to suit driving conditions and personal taste.

The Volvo V70 2.5T AWD has Volvo’s electronically controlled All-Wheel Drive system with Instant Traction, for fast and effective distribution of traction even when moving off on a slippery surface.

The environment
The Volvo V70 is designed and equipped to impact as little as possible on the global environment and to offer a clean and healthy interior climate. Petrol engines with low internal friction, efficient combustion and advanced exhaust filtration technology result in low emissions. Energy-efficient diesel engines with particle filters produce low emissions of carbon dioxide and soot particles. Methane-powered Bi-Fuel cars with petrol as the back-up fuel reduce carbon dioxide emissions by 25% compared with petrol-only cars, if the methane is extracted from natural gas. When running on biogas, the net greenhouse effect is instead virtually zero. The engines in the Volvo V70 can be optionally specified with a catalytic radiator coating known as PremAir®. This system converts harmful ground-level ozone into pure oxygen as the car drives. Its benefits are greatest in dense city traffic and in strong sunlight.
Volvo’s IAQS (Interior Air Quality System) effectively reduces the amount of particles, pollen, gases and certain unpleasant odours in the air entering the cabin. All the textiles and leather upholsteries are certified according to ÖKO-TEX 100, an international standard that ensures that the interior trim is free from allergy-producing and hazardous substances.

Keywords:
V70 (2007), 2007, V70 (2008-2016)
Descriptions and facts in this press material relate to Volvo Cars' international car range. Described features might be optional. Vehicle specifications may vary from one country to another and may be altered without prior notification.
Media Contacts
Related Images
May 11, 2006 ID: 9995 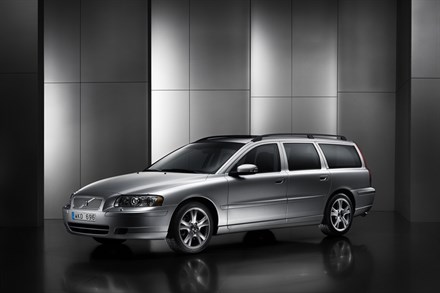 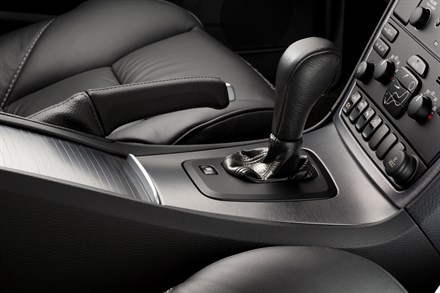 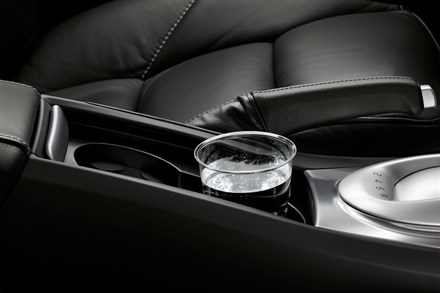 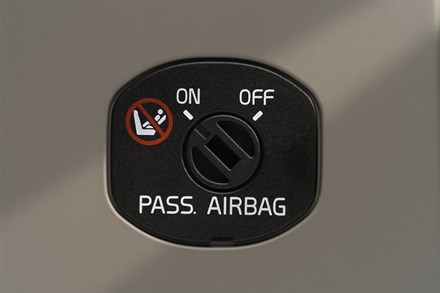