Environmental care has been on Volvo Cars´agenda for the last thirty years or so. With environmental care as a core value is our aim to become a leader in environmental care in the premium car segment of the automotive industry. Our environmental programmes embrace the car’s complete life cycle, technical development, efficient utilisation of resources and reduced emissions.
Volvo Car Corporation is dedicated to developing cars that combine high safety with a low environmental impact. Volvo builds cars with care for both the interiour and the external environment.

SOME EXAMPLES OF VOLVO SOLUTIONS FOR A BETTER ENVIRONMENT:

The entire car has been developed to allow 85 per cent of its weight to be recycled, further reducing the impact on the environment.

A sophisticated interior air quality system makes the air inside the car cleaner than the outside air in heavy city traffic.

Treatment of the exhaust gases from our petrol engines eliminates 95-99 per cent of the carbon monoxide, nitrogen oxide and hydrocarbon emissions. All of our engines meet strict emission control standards.

Volvo cars are among the most economical in their class in terms of fuel consumption. Together with other European car manufacturers, we have a collective agreement to reduce carbon dioxide emissions from sold cars in Europe by 25 per cent until 2008 compared with 1995.

The Volvo  V70 and S60 also come with a Bi-Fuel engine, which runs on methane (biogas or natural gas) with petrol as reserve fuel. A Bi-Fuel car running on biogas makes a negligible net contribution to the green house effect.
Bi-Fuel is at present available in Europe.

Volvo FlexiFuel is run on renewable ethanol and is since 2006 available in nine markets. FlexFuel is available in Volvo S40/V50 and C30.

All Volvo models come with an EPI (Environmental Product Information, see related information), something that Volvo Car Corporation was the first car manufacturer in the world to introduce in 1998. It gives the car buyer an overview of the car’s environmental impact throughout its lifetime and thus makes it easier to compare the eco-performance of Volvo’s various models and engine alternatives.

Education is a vital prerequisite for a better environment. Accordingly, those who work for Volvo Cars and its suppliers receive training in environmental issues.

Volvo Cars is also engaged in a number of envirionmental projects, ranging from the Volvo Environment Prize to Volvo Adventure, an environmental educational programme for schools around the world (www.volvoadventure.org) conducted in collaboration with UNEP (United Nations Environment Programme).

Volvo Cars became one of the first carmakers in the world to be awarded global certification under the international environmental standard, ISO 14001, ensuring that we are continually reducing the environmental impact of our cars and operations.

1945 Volvo introduces remanufactured spare parts – on exchange system in use

2004  Volvo 3CC – a sustainable mobility concept for the future

2005  Volvo S40/V50 FlexiFuel is launched on the Swedish market, an engine run on renewable ethanol

Keywords:
Safety, Environment
Descriptions and facts in this press material relate to Volvo Cars' international car range. Described features might be optional. Vehicle specifications may vary from one country to another and may be altered without prior notification.
Media Contacts
Related Images
Mar 22, 2006 ID: 9812 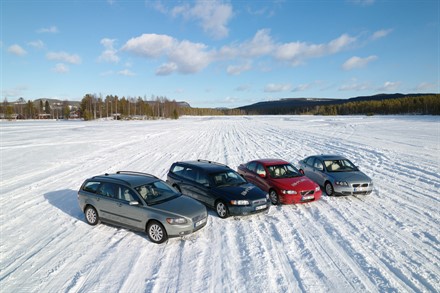 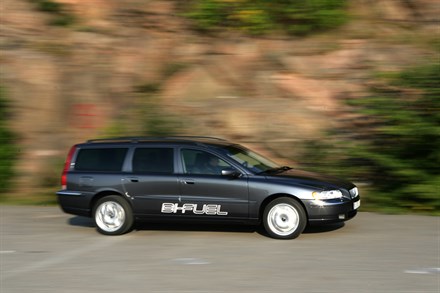