The Volvo S40 launch campaign The Mystery of Dalarö. Fact or fiction?

For the launch of their all- new sedan S40, Volvo Car Corporation has broken from traditional advertising rules.
The Swedish car company has teamed up with world famed director Spike Jonze to create a seemingly true documentary about a strange and mysterious occurrence in a small Swedish village.

Entitled the "Mystery of Dalarö", Volvo presents a story about how 32 inhabitants of Dalarö, a sleepy seaside town with a population of only one thousand, apparently all bought the new S40 on the same day  - for no explicable reason.
This event is all the more incredible when you consider the fact that the local Volvo dealer hardly sells 32 cars a year, much less in one day.

The story is told via movie-like trailers on TV that drive people to the internet to see a full documentary by Venezuelan filmmaker Carlos Soto. The commercials and the film are done in such a way that it feels completely authentic to the viewer. It includes footage of interviews with the S40 owners, other members of the community and scientists who all give their views on this phenomenon.  Many theories are explored, such as the "collective sub conscience" theory by Rupert Sheldrake, but the viewers are left to decide for themselves as they are left with no definite answer to the mystery.

Second website
Volvo then went on to create a second website for Carlos Soto, apparently unrelated to Volvo, where you hear his side of the Dalarö story.
Soto presents his "evidence" through film clips and sound bites that question the authenticity of the story itself; he openly voices his suspicion about whether he was unknowingly involved in an advertising campaign all along.
As this effort is also created with almost unnerving realism, the viewer is left to decide whether this is part of the marketing campaign or whether it is a true scandal.

The entire campaign was created by global agency partner MVBMS Fuel Amsterdam. The campaign capitalizes on the current media trend that blurs the lines between fact and fiction, reality and entertainment. The entire town was let in on the story and all the people you see featured in the film are genuine residents, except for the Volvo dealer. Even the dialogue was impromptu.

As a subject of the story, the new S40 is seen throughout the campaign and even explored in detail to unravel the mystery, but strangely enough it never appears as explicit selling or even a classic car placement.

"Challenges the audience"
Tim Ellis, Global Director of Advertising at Volvo Cars says "As the Volvo audience is both modern and intellectually curious, we created a structure that both challenges and invites them to become involved in the communication and the brand. Even though it comes off as quite serious, the story is actually very playful -- once you think you've got it, we offer one more layer to the communication to question that assumption."

Simon Pride, European Account Director at MVBMS Fuel Europe says: "People are absolutely saturated with advertising these days and we need to find new ways to capture their imagination and get them involved with Volvo. The internet offers great opportunities to tell interesting stories about the brand, and to do so in more innovative and entertaining ways."

The "Mystery of Dalarö" is currently running on a number of selected markets in Europe.

So far the marketing results for the Dalarö campaign are breaking records for Volvo across Europe. The Spanish market reported a seven-time increase in traffic to their dealer showrooms, and a ten-time increase in visits to their S40 web page. In the first week of the campaign, it generated five times more prospects interested in buying the vehicle than in six months since the launch of the car in Frankfurt.
In the U.K., one million people clicked to see the film trailers on the Yahoo portal in one day, and thousands of people ordered a DVD of the film offered on the web site, leaving their names and contacts for prospect follow up. In fact, one U.K. dealer reports that he can't even go to his golf club anymore without being badgered about this little town in Sweden.
In the Netherlands, the subject of whether the Dalarö mystery is real or fake was the longest thread of conversation on one of the largest chat sites in the country.
And in France, just a few pre-launch teasers led to minutes of DJ banter on a major national radio station.

From pure advertising industry standards, the campaign appears to be outperforming the norms as well. For example, the Internet advertisements have achieved as high as a 3.0% to 4.0% click-through rate, which is ten-times the industry average. One execution, an apparent message from Carlos Soto himself, achieved a 75% click through. This ad led people to the official Carlos site where he provides his own version of the mystery. And, many of those who did visit Carlos left him an interesting array of e-mails; some voiced support for his story, and some urged him to give Volvo a break, they're only a company trying to sell some cars.

The documentary and the TV trailers can be seen at:
http://www.volvocars.com 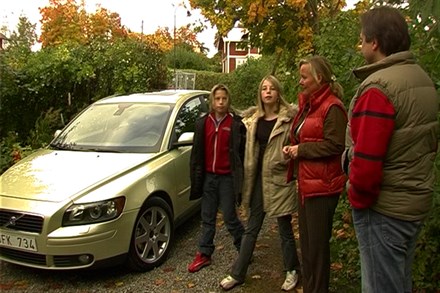 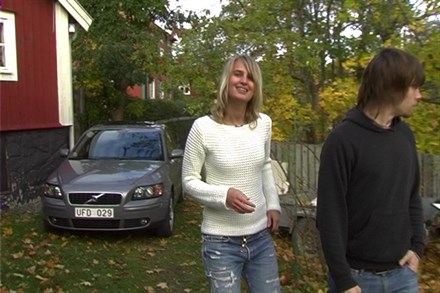