The Volvo Ocean Race will switch from a 3-year to a 2-year cycle after the upcoming 2017-18 edition, a change that will provide more continuity and more commercial value for professional sailing teams, sponsors and Host Cities.

Confirmation of the change will mean at least some race activity in every calendar year, from now on – meaning more action for fans of sailing’s iconic race around the world, more continuous employment for the professional sailors involved, and even greater return on investment for the stakeholders backing the teams.

The 2017-18 edition starts 22 October from Alicante and will finish at the end of June next year in The Hague, Netherlands. The three races after that will run 2019-20, 2021-22 and 2023-24 and the tender process for Host Cities is now open for all 3 editions. This change, coupled with the new mix of stopover formats, and additional inventory, means the best ever value proposition, and flexible options, for the bidding cities around the world.

The race has again engaged long-term partner The Sports Consultancy to work on Host City partnerships and develop these new opportunities, with discussions now starting with existing and potential future Host Cities.

Over the last 20 years, the Volvo Ocean Race has expanded massively from the early routes that made as few as three stops around the world. The race now visits many more markets that are important to both stakeholders and fans and in 2017-18 the route takes in a total of 12 Host Cities.

By reducing the cycle, it won’t be necessary to go to all commercially important markets in every edition, meaning organisers will be able to choose routes that provide the right balance between the sporting integrity of the race and commercial value.

“The shorter cycle means we could shorten each edition by a few months from the current 8-9 month format, but nonetheless go to more markets in total over each period of 4 years and 2 races,” Race CEO Mark Turner said.

“At the same time we will strengthen the core DNA and heritage of the race – always being around the world, and always having the Southern Oceans around Antarctica at its heart.”

The race is making a firm commitment to visiting North America, South America, Australasia, China, and at least five major European markets at the very minimum once every other edition (and in some cases every edition), making it easier for two-cycle sponsor commitments to be made to teams before fully detailed final routes are fixed.

Turner explained: “One expected result of these changes will be teams and their sponsors committing for 2 races at a time, over 3 to 4 years – something that has rarely happened in the past with a previous timespan of 2 races in 6 years being too long a commitment for most companies. That means more continuity for everyone, more sponsor activation and general ‘noise’ between races since the teams will not close down, and more effective long-term sailing team set-ups in both sporting and commercial terms.

“Losing the long gap of over 2 years between the races helps solve many problems – including the sales process for teams, who today since the switch to provide One Design boats, end up trying to sell sponsorship when there is no race on. Going forward that activity will happen during one race, for the future ones – the best time to sell being during the action.

“There will still be plenty of breathing space for this iconic event though – between one finish and the start of the following race, there is still going to be 16 or so months, so we are not over-exposing it either.”

The Volvo Ocean Race is relatively unique in sports business, being owned by its joint Title Partners Volvo Group and Volvo Car Group. This continues to provide important long-term stability to the event, something extremely valuable to other stakeholders involved in the race on team, event and host venue side.

The race has already announced that the 14th edition in 2019-20 will be contested in brand new foil-assisted monohull boats. The addition of ‘flying’ multihulls for use inshore means the race will provide the toughest all-round test in sailing.

The switch in cycle could also help complete the alignment of sailing’s big race calendar. For the first time in history, the Volvo Ocean Race, America’s Cup, Olympics and Vendée Globe’s 2 and 4-year cycles should be in sync with no direct overlap of the actual events.

The Volvo Ocean Race was originally run every four years from its first edition in 1973-74, when it was known as the Whitbread. Since 2005-06, it has been on a three-year cycle.

The race is committed to two more starts – after the 2017-18 edition – from its established home in Alicante, Spain.

In the future, newly imagined race routes are possible, including starts and/or finishes outside Europe and a non-stop leg around Antarctica.

“The race will always go around the world and the Southern Ocean will always, always be at the core of the challenge we set for the world’s best professional sailors, with a new non-stop full lap of Antarctica likely to be included as a leg in most editions too,” said Turner.

“We believe for the first time we are managing to increase the sporting equity and value, AND the commercial value at the same time. It’s no longer a compromise between the two.”

UK-based agency The Sports Consultancy has worked with the Volvo Ocean Race for over 10 years to develop Host City partnerships. 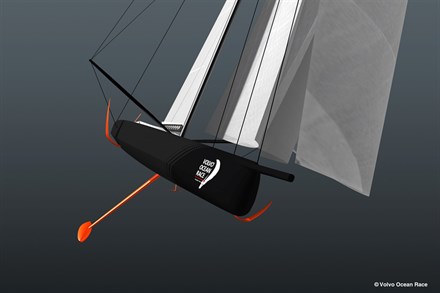