Volvo Cars global sales grew by 5.6 per cent per cent to 698,693 cars in the full year 2021, demonstrating resilience in the face of persistent supply constraints.

The results also demonstrated the continued popularity of Volvo Cars’ Recharge line-up of cars with a fully electric or plug-in hybrid powertrain. Sales of Recharge models grew by 63.9 per cent in 2021, compared with 2020. Recharge cars made up 27 per cent of the company’s total sales volume in 2021.

The number of Volvo cars sold online increased by 316 per cent in 2021 compared with 2020. This growth was driven by increasing customer demand in combination with a broadened offer in more markets.

The company recorded 64,436 retail deliveries in December, a decline of 18.1 per cent compared to the same month 2020. The result was significantly influenced by continued component supply shortages, which affected production and consequently deliveries to customers. The demand for Volvo Cars’ products remained strong.

Almost 40 per cent of all new Volvo cars sold in December were Recharge models, whereof fully electric cars made up 7.4 per cent. In Europe, the share of Recharge cars was almost 60 per cent, while in the US it was close to 30 per cent of overall sales volumes.

In Europe, year-to-date sales increased by 1.8 per cent to 293,471 cars, as strong demand for the company’s Recharge cars supported the sales performance. In December, Volvo Cars sold 28,561 cars in Europe. 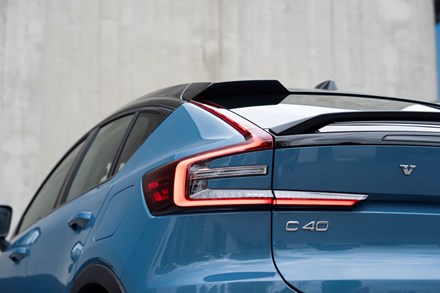