Volvo Car Group expects sales for the full year to increase by close to 10 per cent in 2014 driven by steady growth in key markets and an improving product offer, according to Håkan Samuelsson, president and chief executive.

Mr Samuelsson was speaking at the company’s first half results announcement in Stockholm where he reported an operating profit of SEK 1,21bn for the first six months of 2014, with sales up 9.5 per cent to 229,013 and revenue of SEK 64,8bn. Net income was SEK 535m.

Volvo’s profitable first half and encouraging full year sales forecast continues the positive momentum around the company, which is implementing a transformation plan and preparing for the imminent launch of the all-new XC90 next week.

“After this solid first half, we look forward from a position of strength. Growing demand for first-class safety and environmental performance will continue to support our global growth,” said Mr Samuelsson. He added that at this stage he expects full-year operating income this year to be on par with 2013.

Sales of Volvo cars in China rose by 34.4 per cent during the first half of the year and Volvo Cars expects to continue to grow strongly in what is now its biggest market, helped by demand for new local models like the S60L and a refreshed S80L, as well as a further expansion of the dealer network.

“We are growing our presence in China and we expect to sell at least 80,000 cars there this year. The European market is also showing signs of recovery and growth and we are well placed to benefit further. We are committed to the US, where a new management team is implementing a revival plan to improve our performance,” said Mr Samuelsson.

Volvo Cars strengthened its position as market leader in Sweden, with sales rising by 20.2 per cent in the first half. In Western Europe the continuing roll-out of the company’s brand new, class-leading Drive-E engines boosted demand in important markets such as the UK, Germany and the Netherlands. Total sales in the region rose by 8.7 per cent over the first six months of 2014. 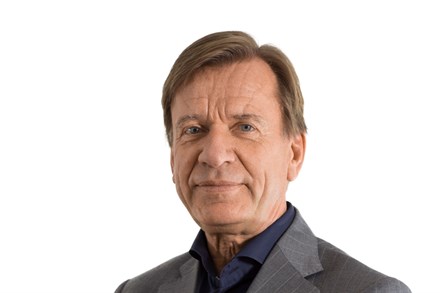