GÖTEBORG (December 15, 2006) -- When the Volvo XC60 Concept takes centre stage at the 2007 North American International Auto Show in Detroit on January 7, the vehicle will integrate both the unmistakable, muscular XC-line versatility and the sporty charisma of a coupe.

“One might say that this could be the C30 owner’s next car,” says Fredrik Arp, President and CEO at Volvo Car Corporation. “Equally sporty and exciting, but far more capable, the concept car offers a good indication of how the ‘real’ XC60 will look.”

The new Volvo XC60 is planned to reach the showrooms in the first half of 2009.

The concept car shows that Volvo Cars’ XC60 project is ready to challenge the competition in what the company believes is the toughest and fastest-growing segment in the automotive world: the compact premium utility segment.

This segment is expected to grow significantly within the next few years. By 2009, the segment’s worldwide sales volume is expected to expand by 75 per cent to 443,000 units.

Just like the two present vehicles in the XC range, the Volvo XC60 is based on passenger car technology, which makes it possible to combine its rugged capability with a dynamic and entertaining drive.

“I would like to emphasise that with the XC60 project, as with the C30, we are aiming primarily at lifestyle rather than age,” says Arp. “We are broadening our model range to primarily attract more customers with an active, urban lifestyle. The XC60 will be equally important as the C30 in our planned sales volume expansion.”

“There is considerable potential here and the concept car shows that we both can and actually dare to be even sportier and more dynamic while retaining our firm lead when it comes to safety,” Arp says. “The technological solutions for avoiding low-speed collisions represent a major breakthrough. We call this system City Safety.”

City Safety is active at speeds up to 30 km/h. If the relative speed difference between the two vehicles is below 15 km/h, pre-charging the braking system can help the driver avoid the collision entirely. Between 15 and 30 km/h, the focus is instead on reducing speed as much as possible before the impact.

A target group with high demands for technology

As with the recently introduced Volvo C30, the XC60 project is aimed at a specific target group with high demands for design, brand value and high-tech devices.

Tongue-in-cheek, one might say that these are consumers who always regard the microchip as a natural complement to their breakfast cereal. These are consumers who have grown up in an era where electronic products have undergone unimaginable development -- and every birthday has brought greater capacity in ever-smaller gift packages.

The XC60’s target demographic is constantly looking for the latest gadget and, as a group, is becoming increasingly influential with their increasing purchasing power. When it comes to the choice of vehicle, these consumers adopt the same approach they apply to shopping for other products: it should cater to all their needs in one attractive, smart package.

From the design perspective, the XC60 Concept fuses the very best elements from two distinctive, dynamic vehicle body styles. The lower section is unmistakably part of Volvo’s XC-range, giving it a distinctive, muscular stance with plenty of ground clearance and large wheels. Above the waistline, the sleek lines trace the profile and sporty charisma of an elegant coupe.

The XC60 Concept has an interior design that fully complements the striking exterior. In particular, the instrument panel, floating centre stack and the slim front and rear seats create a sense of space and comfort.

“The concept car not only provides a good indication of what the XC60 will look like, it also offers a hint of the lines of future Volvo models,” says Volvo Cars Design Director Steve Mattin. “With a more sculptured look, our cars will be more extrovert in their visual appeal. If you say that you recognise a Volvo from 50 metres today, I want to get to the point where people will instantly spot it from twice the distance in the future.”

Volvo Cars of Canada Corp. is part of the Volvo Car Corporation of Göteborg, Sweden. The company provides marketing, sales, parts, service, technology and training support to the 44 Volvo automobile retailers across the country. The company’s product range includes the elegant C70 hardtop convertible, the versatile V70 wagon, the S60 sport sedan, the compact and sporty S40 and V50, and an XC-line of vehicles that includes the rugged XC70 and the award-winning XC90 sport utility vehicle. For 2007, the company is introducing two new models: the second-generation S80 luxury flagship sedan and the stylish and sporty C30.

Descriptions and facts in this press material relate to Volvo Cars's international car range. Described features might be optional. Vehicle specifications may vary from one country to another and may be altered without prior notification.
Related Images
Dec 18, 2006 ID: 4742 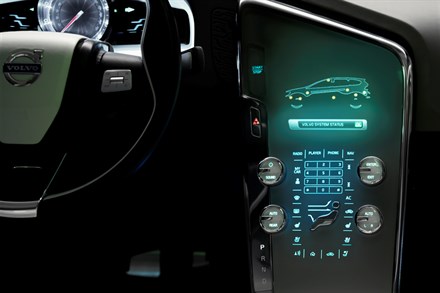 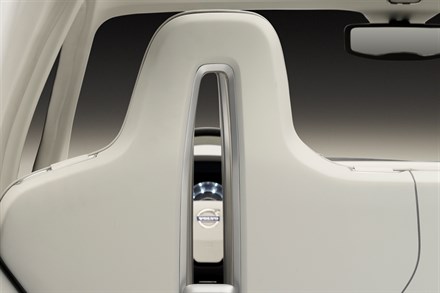 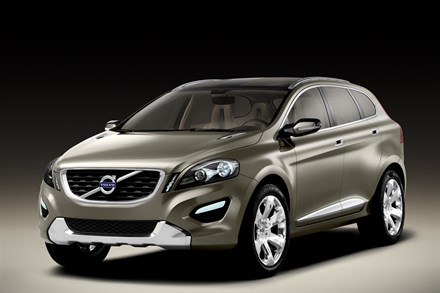