Volvo Performance Concept Car - a bolt from the blue

Volvo Performance Concept Car - a bolt from the blue

With one of the world's most advanced dynamically controlled chassis, electronically managed four-wheel drive and 300 bhp of power on tap, the Volvo Performance Concept Car is a study of a future high performance car. The car, in bright blue, made its debut on the Volvo stand at the Paris show.

The new Volvo S60 is the sportiest and most dynamic Volvo sedan the company has ever made. In parallel with the development of the roadgoing S60 models, a team of engineers and designers have worked on a concept study to identify and test technical solutions and a design structure that will support a feasible high-performance model.

"From the design viewpoint, we wanted to provide a hint of what a future high-performance car with a Volvo badge could look like," says Peter Horbury, vice president and chief designer at Volvo Cars. "The Volvo Performance Concept Car has a subtle racing car appearance that conveys refined sporty appeal."

The car is painted in Laser Blue, an exclusive livery featuring a so-called "flop effect," whereby the colour nuance shimmers and changes with lighting conditions.

In a head-on view, the Volvo Performance Concept Car displays a new front spoiler with two additional air intakes whose pronounced grilles direct airflow towards the radiator and front brakes respectively. The grilles have a satin-silver finish.

The rear bumper has a satin-silver centre panel that separates the dual inset rectangular exhaust tailpipes.

On each side, the front spoiler features a stability-enhancing aerofoil on the lower lip, running from the front towards the leading edge of the front wheel housing. Under the car there is a smooth undertray front to channel air optimally and minimise lift force at speed.

The wheels come straight from the racetrack. They are the 19" BBS magnesium wheels used on the British Touring Car Championship's Volvo S40, and they are shod with 245/35-19 tires.

The deeply contoured seats are upholstered in soft leather with a metallic effect as well as inlay panels in nubuck suede, the pedals are made of ribbed aluminium and gauges are an exclusive shade of blue.

Under the bonnet is a potent version of the Volvo 5-cylinder 2435 cc engine, producing 300 bhp and no less than 400 Nm of torque, mated to a 6-speed compact four-shaft manual gearbox developed by the company.

The most interesting feature on the Volvo Performance Concept Car cannot really be seen from the outside or even by lifting the bonnet: it is the continuously controlled chassis that creates unsurpassed potential for optimising the dampers to suit the driver's bias towards comfortable progress or enthusiastic driving.

FOUR-C (Continuously Controlled Chassis Concept), as Volvo Cars has dubbed the system, is the outcome of close long-term cooperation with Öhlins Racing AB, one of the world's foremost manufacturers and developers of advanced high-technology damper systems.

What is unique about FOUR-C is its ability to collect huge amounts of information about the way the car moves and to respond instantly by adjusting the damper characteristics to suit.

Every alternate millisecond -- 500 times per second -- the system's microprocessor monitors the precise position of each wheel, assessing its degree of grip. The system alters the damping characteristics of each individual wheel accordingly.

The car's on-board computer system, Volvo's Multiplex processor system, also supplies vital information to the dampers, helping the system to foresee events before they actually occur. For example, if the driver brakes firmly, this information reaches the dampers a few milliseconds before the brake pads actually grab the discs.

In this tiny time gap, the FOUR-C microprocessor will have calculated just how much the car will want to pitch once the brake pads are activated, and using this information, will instantly reset and prepare the dampers to maximise control and roadholding before the body has time to alter its pitch.

If braking is so harsh that the ABS system is activated, the dampers are set to maximise tire grip on the road surface. The effects of abrupt acceleration and quick steering wheel movements are also taken care of invisibly by the FOUR-C system.

FOUR-C offers three chassis modes that can be selected by the driver via a button set into the instrument panel:

However, these chassis modes are not fixed settings. They are more an indication to the system which driving style the driver prefers for the moment. Is it time to pack the car with family and luggage for the annual summer holiday - or for some active driving on curvy roads?

The normal mode, Sport, is optimised for normal driving, with a well balanced mix of comfort and driving enjoyment. On top of this, the driver can select one of the two other modes.

"The Comfort mode optimises the body's isolation from irregularities in the road," explains Marcus Rothoff, development engineer at Volvo Cars and the person responsible for the development of FOUR-C.

The Advanced Sport mode totally alters the character of the car:

"The system gives top priority to maximum driving enjoyment and roadholding, permitting a firmer ride so that the driver has more direct contact with the road surface," continues Rothoff.

The Volvo Performance Concept Car is equipped with DSTC (Dynamic Stability and Traction Control). The choice of chassis mode influences just how early or late in a skid the DSTC system steps in to recover the car's poise. The Stability Traction System, STC, is disengaged in the Advanced Sport chassis mode.

The Volvo Performance Concept Car is also fitted with electronically managed four-wheel drive (AWD). It has been developed together with one of the foremost experts in this field, Haldex of Sweden. The AWD system is linked to the car's Multiplex system. This means that it communicates continuously with the car's other functions to optimise traction to suit current conditions. The unique interaction between AWD, DSTC and FOUR-C gives the car exactly the intended ride and roadholding characteristics, anywhere between comfort and advanced performance.

The electronically controlled AWD system is characterised by extremely rapid engagement and disengagement. Since the AWD system responds so swiftly, it is possible to balance and control oversteering and understeering tendencies with immense precision.

"In this application, we're not using four-wheel drive for enhanced off-road ability, but optimising it for superb roadholding and stability," says Hans Nilsson, overall project manager of the Volvo Performance Concept Car.

"The work we have done with the Performance Concept Car helps us to choose the right path for a feasible high-performance model in the future," concludes Nilsson.

Descriptions and facts in this press material relate to Volvo Cars's international car range. Described features might be optional. Vehicle specifications may vary from one country to another and may be altered without prior notification.
Related Images
Sep 18, 2003 ID: 207 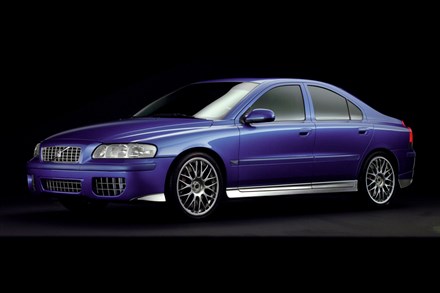 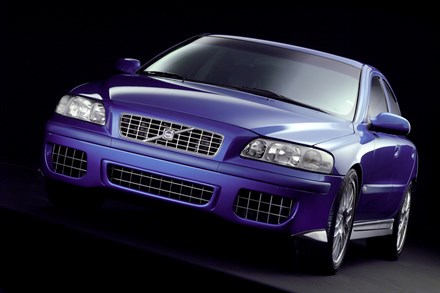