Personal security is increasingly a part of the overall consideration of safety, and Volvo Car Corporation has developed prototype security features in a new hand-held remote device called the Volvo Personal Communicator (VPC) that showcases what the near future might bring in personal security technology.

In its prototype form, the VPC gives individual users access to the vehicle based on recognition of their fingerprints, monitors activity in the car while the user is away and permits keyless vehicle operation and customized user settings. The system can also store user health information for use by emergency rescue services.

The fingerprint recognition technology in the remote control unit is vital to providing both enhanced personal security and greater user personalization. The built-in fingerprint sensor in the VPC can be programmed with a variety of personal data such as individual settings for the driver's seat, steering wheel, pedals and rear-view mirrors. It also provides the "key" to opening the vehicle.

Unlocking the car is as simple as touching the door handle with the VPC. Once the handle is grasped, the car sends a signal to the VPC unit, which the driver is carrying. The VPC transmits the remote control unit's identity code, and the door is unlocked. Once the car is unlocked, the car's settings are automatically adjusted to match the remote user's predetermined preferences. The technology also permits passive starting without a key; the driver need only turn a rotary control to start the engine.

When the user leaves the car, relevant data such as personal settings, lock and alarm status is transmitted to the remote control unit. It is possible for the user to then confirm via the VPC that the vehicle is locked.

Different destinations can also be pre-programmed so that the user does not need to set the navigation system. The vehicle knows the remote user's destination as soon as the door is unlocked.

In this communication between car and remote device, the user can also add certain health-related data (information about allergies to medicines, heart problems and so on). This information is transferred to the telematic system in the car and, in the event of a crash, it can be conveyed to emergency rescue services.

The identity of the VPC unit may be changed if another authorized user presses his or her finger against the fingerprint sensor. The settings are then altered to suit the parameters selected by each particular user, which makes it possible for several members of a family to use the same VPC unit. The settings can be pre-programmed in the car or in the VPC, making it possible to change them from a distance.

The VPC can be restricted in its functionality to provide a "valet" mode. In valet, no personal settings are transferred to the car. Instead, the car adopts a standard set-up, at the same time as the luggage compartment and glove compartment remain locked. However, the car itself can still be unlocked, started and driven.

A heartbeat sensor system has also been integrated into the project as a joint development between engineers from Volvo Cars and the Ford Research Laboratory. The system is programmed to register the vibration of a beating heart - both human and animal. The sensor is activated if, for instance, a sleeping child has been left in the child seat and the driver locks the door. A signal is transmitted to the remote control unit, which alerts the driver via a combination of audible signals and vibration pulses.

The heartbeat sensor is also activated if anyone enters the car and hides inside it. In such a case, the driver can request this information from the system within a distance of 100 metres from the car.

If the sensor is activated, the remote control unit transmits a quiet signal so that the driver can withdraw without being detected and avoid a more threatening situation. The driver can also press the "panic" button, which activates the car alarm to scare off the intruder.

Other features include a "check car function" that is activated by quickly pressing the "panic" button or via a menu selection. At the same time, other on-board information is also monitored to determine if the doors, sunroof and windows are locked.

Existing Volvo functions, such as the activation of light sources inside and around the car (Approach Light) and illumination of the driveway (Home Safe Lighting) are also carried over in the VPC system.

Functions are activated via buttons on the VPC unit front panel. Opening the cover reveals additional buttons for customizing personal settings in the menu system, along with an information display.

When the driver leaves the car, all trip-related information and certain navigation system data are transmitted to the remote control unit which calculates information such as the distance to the destination, the current traffic situation, average speed, fuel consumption and remaining fuel quantity.

Information can also be transferred between the VPC and a PC or hand-held computer, and is an excellent tool for maintaining driving logs, journey planners, address books, e-mail addresses and various data files.

Keywords:
Safety, Technology
Descriptions and facts in this press material relate to Volvo Cars's international car range. Described features might be optional. Vehicle specifications may vary from one country to another and may be altered without prior notification.
Related Images
Sep 18, 2003 ID: 810 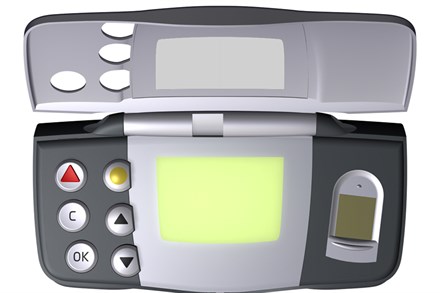 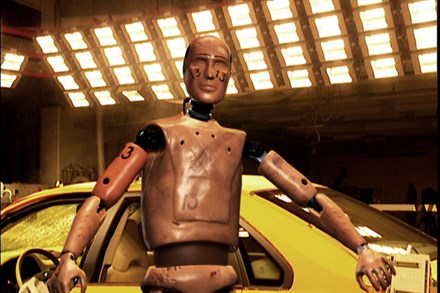