Formerly, Mr. Olsson was Chairman of the Board for Volvo Cars Corp. Prior to that, he was Chief Executive Officer and President of Volvo Cars. He was born in Amal, Sweden and received his MBA at the University of Gothenburg in 1966. In 1973, Mr. Olsson studied International Senior Management at Harvard University in Vevey, Switzerland.

In 1974 he moved to the United States as the project manager for a Volvo Cars' industrial project in Chesapeake, Virginia, returning to Sweden in 1977 as the general manager of the group of Volvo Dalsland Plants which produced interior and plastic components for Volvo Cars.

He changed career course in 1982, moving over to Volvo Cars' Sales and Marketing Division as Director of Area Overseas where he was responsible for all markets outside of Europe. In 1987 he became vice president of Volvo Cars' global Marketing and Sales Division.

From 1990 to 1996 he lived in Japan, serving as president of Volvo Cars Japan. During his tenure in Japan, registrations increased from 8,000 units to more than 20,000 units.

He moved to Brussels, Belgium in 1996 as president of Volvo Cars' Market Area Europe. As head of Market Area Europe he was responsible for 15 sales companies in Western and Easter Europe (excluding Russia and the Baltic States) and approximately 1,000 Volvo Car retailers.

During his tenure as head of Market Area Europe, Mr. Olsson restructured the company transferring staff responsibilities to the sales companies and centralizing specialists in Brussels to create a better balance between headquarters and the sales companies. More stringent standards for retail staff, facility design and maintenance of dealerships were put in place during that period and retail ownership was consolidated.

And, here's an update for Mark Fields,…here too the copy should be replaced and the file hidden (from "volvo people" / PAG, but searchable.

Keywords:
People
Descriptions and facts in this press material relate to Volvo Cars's international car range. Described features might be optional. Vehicle specifications may vary from one country to another and may be altered without prior notification.
Related Images
Sep 18, 2003 ID: 667 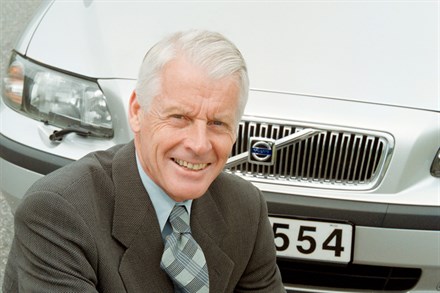