Both racers and cruisers are entered in what will now be called the "Volvo GHYRA Regatta Week".  The event was quick to sell out. Racers will make up 40 of the 60-boat fleet, while 20 boats are entered in the less strenuous and more fun-loving cruising division.

"We are very pleased to be involved in the upcoming Volvo GHYRA Regatta Week," Says Marc Engelen, President & CEO Volvo Cars of Canada Corp., "The global Volvo Ocean Race attracts attention all over the world so we are thrilled to have an exciting event like this is our own backyard."

Boats in the racing division will compete in Hamilton Harbour for two days in what are referred to as round-the-mark course races. They will then have four days of longer distance point-to-point races.  A Volvo GHYRA Regatta trophy will be presented to the overall winner.

Meanwhile, the cruising division will have its own fun-filled activities.  Each participating club will host the fleet for one night, providing skippers and crew with themed festivities and meals that will range from Newfoundland to Hawaii.

An excellent opportunity to view the fleet will be when all 60 boats, flags flying, exit Hamilton Harbour and under the Skyway and the Burlington lift bridge Monday morning, July 8th at 9:30 AM. The closing ceremonies and award presentation will take place at the Oakville Club on Thursday July 11th.

Keywords:
Events/Activities, Special Interests, Sponsoring
Descriptions and facts in this press material relate to Volvo Cars's international car range. Described features might be optional. Vehicle specifications may vary from one country to another and may be altered without prior notification.
Related Images
Jul 03, 2013 ID: 49969 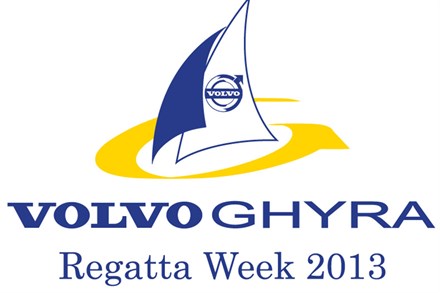