TORONTO, ON (April 25, 2013) - Volvo Canada announces the availability of a Special Edition C70 hardtop convertible just in time for spring. Exclusive to the Canadian market, the limited production convertible is available with attractive features like BLIS (Blindspot Information System), 18" Midir diamond-cut alloy rims, retractable side view mirrors and an integrated wind blocker at no extra cost. In addition to these no-charge options, exclusive colour combinations will be available to set the limited edition C70 apart. Exterior colours include Ice White, Electric Silver and Ember Black with bespoke interiors swathed in Graphite Sovereign Hide, Cacao Sovereign Hide and Cranberry Leather. A spare wheel kit containing a spare wheel Tempa Spare that attaches securely in the trunk is offered as a standalone option at no extra charge. The luxuriously equipped 2013 special edition C70 is available at select Volvo retailers across Canada now for an MSRP of $52, 500, plus destination charges and taxes.

"We are extremely proud of what the C70 has accomplished over the years in this niche segment," said Marc Engelen, President & CEO Volvo Cars of Canada, "The refined features of this special edition only add value and exclusivity to this fun, sporty hardtop convertible."

The world was introduced to the sleek and sporty new Volvo C70 at the 1996 Paris Motor Show, following a European introduction as a 1997 model, and later as a 1998 model in North America. The C70 was featured in the 1997 movie The Saint featuring Val Kilmer, reminiscent of the P1800 driven by Roger Moore in The Saint television series from the early 1960s.

Designed by Peter Horbury, the C70 deviated from Volvo's tradition of the boxy designs for which it had become known. "Our vision was to design a convertible that would meet the needs of a family of four looking for comfortable blue-sky motoring in a vehicle also providing stylish looks, performance and faultless driving and road-holding," said Horbury, Volvo's design chief from 1991 to 2002.

Ground-breaking safety in a luxury convertible

The four-seater convertible featured ground-breaking safety innovations when it was first introduced, such as boron steel reinforced A-pillars, front and side airbags, a safety cage structure constructed around the passenger compartment and life-saving rollover protection system (ROPS). Volvo had hesitated re-entering the convertible segment for safety reasons but thanks to the ROPS (Roll Over Protection System), passengers would remain protected even if the open car should turn upside down. The ROPS consisted of two pyrotechnically charged roll hoops located behind the rear seats that were designed to pop up to protect the occupants in the case of a roll-over situation.

Additional safety systems include a door-mounted side impact protection inflatable curtain airbag which deflates slowly to provide protection should the car roll over - another Volvo innovation. The IIHS (Insurance Institute for Highway Safety) designated the C70 a "Top Safety Pick" after completing numerous convertible crash tests.

The second generation C70 debuted in 2005 at the Frankfurt Motor Show before going on sale in North America during the spring of 2006. It featured the current three-piece retractable hardtop, which provides the all-weather protection, added safety and sound insulation found on the current C70. With the ability to raise and lower in less than 30 seconds, it replaced the need for both a convertible and coupé model.

An updated version of the C70 debuted at the 2009 Frankfurt Motor Show outfitted in new Flamenco Red paint that went on sale in early 2010, as a 2011 model in North America. Sporting a redesigned front end, new rear LED lamps, and a refined, wider instrument panel, it continues to provide the option of a sleek touring coupe or a classy convertible.

Keywords:
C70
Descriptions and facts in this press material relate to Volvo Cars's international car range. Described features might be optional. Vehicle specifications may vary from one country to another and may be altered without prior notification.
Related Images
Apr 25, 2013 ID: 48899 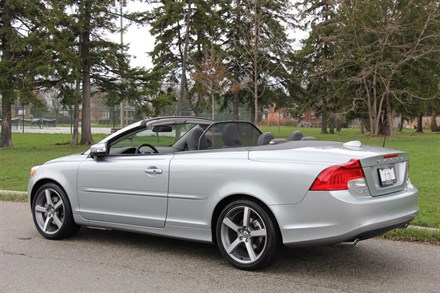 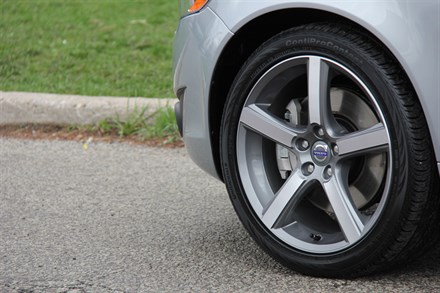