Breathe cleaner air inside a Volvo than outside

The interior environment in a Volvo should also be safe for hypersensitive people. Volvo Car Group's systematic work in this area has resulted in the Swedish Asthma and Allergy Association now recommending seven Volvo models: the S80, V70, XC70, XC60, S60, V60 and V40.

Up to 45 per cent of the population in the industrialised world is suffering from some form of allergy or hypersensitivity. Over ten per cent has asthma. One of the reasons for the dramatic increase since the 1950s are air pollutants such as nitrogen oxides, ground-level ozone, particulates and pollen.

Volvo Cars is addressing these demands by a systematic approach to all relevant issues. In the mid-1990s, the company established specifications and began testing in order to create an environment inside the car that is safe for hypersensitive people. The Volvo S80, introduced in 1998, was the first model in which this work was clearly noticeable.

Work with the interior environment can be divided into two main areas: air quality and contact allergies.

To counteract contact allergies, the amount of nickel released from metallic surfaces is minimised and the leather is tanned in a chrome-free process.

Air inside the car is cleaner than on the outside

The air objective is to make the environment inside the cabin cleaner than the air outside. This includes the air entering via the climate system as well as the emissions from the materials inside the cabin. Volvo Cars has developed two systems, Interior Air Quality System (IAQS) and Clean Zone Interior Package (CZIP), to cover this area.

What is known as the ‘new car smell' is actually low levels of emissions from materials. The levels do not present a danger but on hot days, concentrations that irritate hypersensitive people may occur. These substances are quickly vented out of the cabin. Volvo Cars' objective is to avoid these odours completely.

Volvo Cars avoids emissions from materials in the cabin via meticulous selection process.

"We focus on the substances in the air that people actually inhale. We carry out tests on component level as well as on systems and on entire cars. No interior trim material is approved for use in our car interiors until it has passed these strict tests," says Andreas Andersson, who is in charge of clean cabins at Volvo Cars.

Volvo Cars has conducted sun simulation tests since 2000. As emissions are released from the interior materials at high temperatures, the material experts use a sunshine simulator at the Swedish Testing and Research Institute to verify low interior emissions. The car is heated until the interior reaches a temperature of 65º Celsius - simulating parking in summer sun on a hot summer's day.

During the test, emissions of Total Volatile Organic Compounds (TVOC) and aldehydes are measured. Volvo has a very strict limit for TVOC since high levels in interior air would cause headaches, nausea and dizziness. They could also trigger asthma. Aldehydes are limited as they, especially formaldehyde, can cause both contact and respiratory allergies.

The test programme also includes evaluations by Volvo Cars Nose Team, whose members smell different objects to determine if their odour is acceptable or too strong.

"Our team consists of eight specially selected people with ‘standard' noses. Their task is to guide the designers in their choice of materials and production methods, especially for the interior of the car," says Andreas Andersson.

The panel evaluates the smell from the interior trim items on a scale from 1 to 6, on which ‘1' indicates ‘Not noticeable' and ‘6' is ‘Unbearable'. To secure approval, the test ranking must not exceed ‘3', which is ‘Clearly noticeable, but not yet unpleasant'.

"Interest in a clean in-cabin environment is growing among customers as well as among decision makers," says Andreas Andersson. "Several Asian markets have taken this issue to a new level, with China, Japan and Korea indicating that they would like to set new legal requirements. Customer interest is also growing both in Europe and in the United States."

Keywords:
Environment, Quality, Technology
Descriptions and facts in this press material relate to Volvo Cars's international car range. Described features might be optional. Vehicle specifications may vary from one country to another and may be altered without prior notification.
Related Images
Feb 19, 2013 ID: 47871 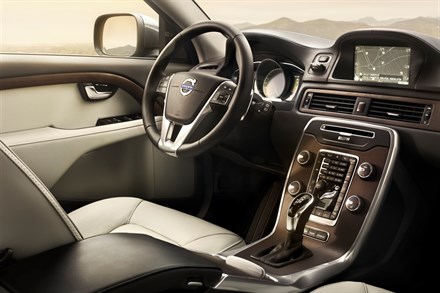 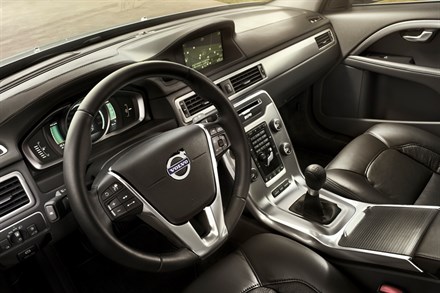 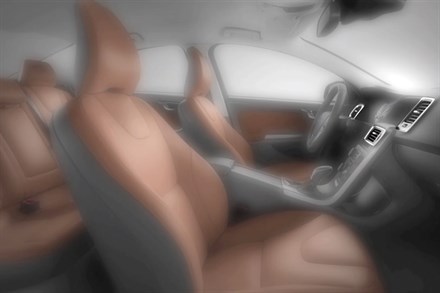