The new Volvo S80 and XC70: Exclusive sophistication on a new level

ROCKLEIGH, N.J. (March 27, 2013) - Volvo unveiled a major renewal of its current model lineup at the New York International Auto Show, amounting to the most extensive development of existing models in the Scandinavian automaker's history. Featured among them are its flagship S80 sedan and XC70 crossover.

"The new features in the new Volvo S80 and XC70 are based on our human-centric approach, which has been a Volvo hallmark for more than 85 years. They take the elegant sophistication of our largest models to a new level," says Lex Kerssemakers, Senior Vice President, Product Strategy & Vehicle Line Management at Volvo Car Group. He continues: "We pave the way for our future model lineup by bringing the models visually closer to each other. The renewal is one of the most extensive in our history, with the main focus on improved quality and attention to detail."

A number of new exterior design cues reinforce the sophisticated contemporary presence of the new Volvo S80. The new front and rear bumpers create a ‘stretched' effect to make it look wider and lower. New rectangular Daytime Running Lights at the front give the S80 nose a more contemporary look, while the rounded off classic Volvo lights at the rear visually pull the car down to the ground. The S80 can be fitted with expressive 19-inch wheels without loss of comfort.

"The whole effect adds elegance to the car," explains Fedde Talsma, Design Director, Exterior. "We have created a wider proportion on the front grill and added more detail such as chrome exterior highlights to give the car an elegant feel."

It is the attention to detail that gives the S80 its enhanced sophistication. The S80 Inscription comprises an additional palette of upholstery options that gives the customer the opportunity to elevate the interior to Volvo's most luxurious offering.

"We are very proud of having Bridge of Weir in Scotland as a supplier of our quality leather seats. Their genuine cowhide has far less surface treatment than that in other premium cars, making it feel softer and more natural," says Lena Jiseborn, Design Director, Color and Trim. "The quality of the seats and other materials used in the car give the car a true Scandinavian feel," she continues.

And under the skin, at the heart of the best driving experiences is a great chassis. The S80 buyer can choose from two chassis types - Comfort and Lowered Sport Chassis when the 19-inch Bor wheel is selected.

Volvo Cars paved the way for a totally new segment with the V70 Cross Country in 1997.

"Our main focus in the continuous development of the XC models has been to create a very comfortable on-road car with capable, off-road potential. The rugged and refined contemporary look reflects the XC70's underlying strength and capability," says Lex Kerssemakers.

A number of new exterior design cues sharpen the XC70's contemporary road presence. These include a front grill with a bold, wider proportion, a new bigger ironmark, and details such as the Daytime Running Lights and added matte silver touches.

"Our aim is to emphasize the luxurious feel with a more powerful stance. The XC70 should look perfectly at home in any environment, whether it's in the middle of the open country or a country club car park," says Fedde Talsma.

The XC70 also features improved off-road design cues such as skid plates that protect the car on really uneven surfaces. The protective black below the belt line now extends to surround the front fog lights giving them a purposeful, functional feel. The rear lights have also been redesigned.

The rear seats can be folded down in three 40/20/40 segments. Fold all of the rear seats flat and the load space grows from 20.3 to 56.5 cubic feet. Another human-centric detail is the power-operated tailgate.

The rear seat can integrate double two-stage child seats - booster cushions that offer children from the age of 3 and up a comfortable and safe ride height.

Enhancements for the new XC70 and S80

Sensus is the name Volvo uses for all its HMI (Human Machine Interface) functionality and the all-new Sensus Connected Touch is the latest addition.

It enables connectivity and Internet in the car and turns the 7-inch display into a state-of-the-art infrared, beam-scanned touch screen that can be used even when wearing gloves - a world first in cars and handy in winter! Connection is made either via a car-mounted 3G/4G dongle or the driver's mobile phone.

The user has access to full Internet browsing (except when driving), Internet streaming of music, Internet radio (TuneIn Radio) with thousands of channels from all over the world, on-line (Google) Map and Search, Embedded Connected 3D navigation with online traffic info, Free Parking locator, weather information, a number of native and web applications, App Store for new functions and updates as well as a Volvo retailer locator.

It is also possible to share a WiFi network with everyone in the car.

This active TFT (Thin Film Transistor) crystal display takes the interaction between car and driver to a new dimension, always displaying the most important information in any given situation.

The driver can choose between three graphic themes:

The Eco theme features green background illumination, designed to create an environmentally inspired look. An Eco meter is displayed on the left. The current and accumulated fuel consumption figures are displayed - and the driver is rewarded with a green E light when eco-driving is optimal.

The Performance theme has red background illumination, creating a sporty atmosphere. In the centre, a rev counter scale replaces the speedometer displayed in the Elegance and Eco versions. Vehicle speed is shown digitally in the center of the display. The right display includes a power meter - a gauge that informs the driver how much power is available and how much power is being used at any given moment in time.

Advanced Quick Shift (AQS) is transmission optimization software that improves the speed of each gear change. This new feature is now available on all T6 engines and activated when the transmission is set to sport mode or when using paddle shifters. Gear changes are faster by as much as 50 percent between first and second, and as much as 30 percent on gear changes two through six.

More relaxed driving in the dark

And for the added comfort of drivers in cold countries, the steering wheel can also be specified with heating for increased comfort on cold winter days.

Cars equipped with a rain sensor can now benefit from an electrically heated windscreen for rapid de-icing on cold winter days. To give drivers in cold climate extra comfort, three-spoke steering wheels can now be specified with electric heating.

IntelliSafe, Volvo's blanket name for all active safety systems, is an important part of the driver-centric approach in the S80 and XC70.

The world-first City Safety technology is fitted as standard, and this advanced safety system now works at speeds of up to 31 mph. Both models can also get Pedestrian Detection with full auto brake, which watches out for people walking into the car's path, as well as the new and groundbreaking Cyclist Detection with full auto brake, which detects and automatically brakes for cyclists swerving out in front of the car.

"As the leader in automotive safety, we have reduced the risk of being involved in an accident or being injured in one of our latest car models by about 50 percent since the year 2000. By continuously introducing new preventive and protective systems, we keep moving toward our safety vision that nobody should die or suffer serious injuries in a new Volvo car by the year 2020," says Thomas Broberg, Senior Safety Advisor at Volvo Car Group.

Keywords:
S80 (2007), XC70 (2007), Safety, Auto Shows, Technology, 2014
Descriptions and facts in this press material relate to Volvo Cars's international car range. Described features might be optional. Vehicle specifications may vary from one country to another and may be altered without prior notification.
Related Images
Feb 19, 2013 ID: 47858 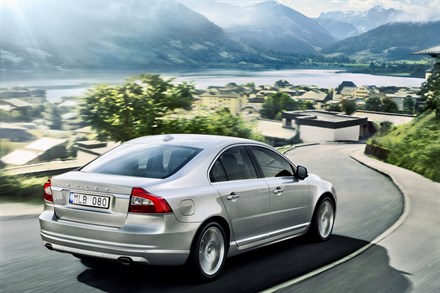 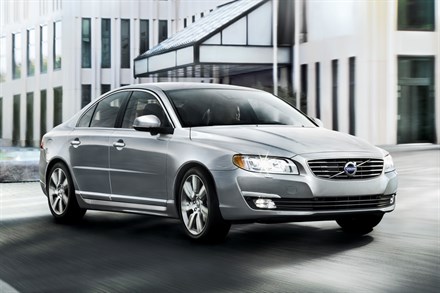 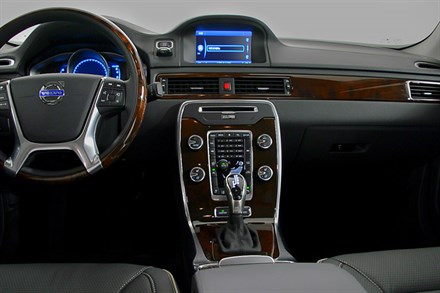 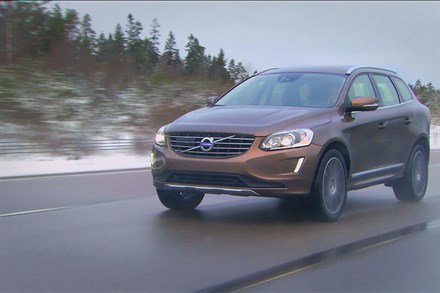